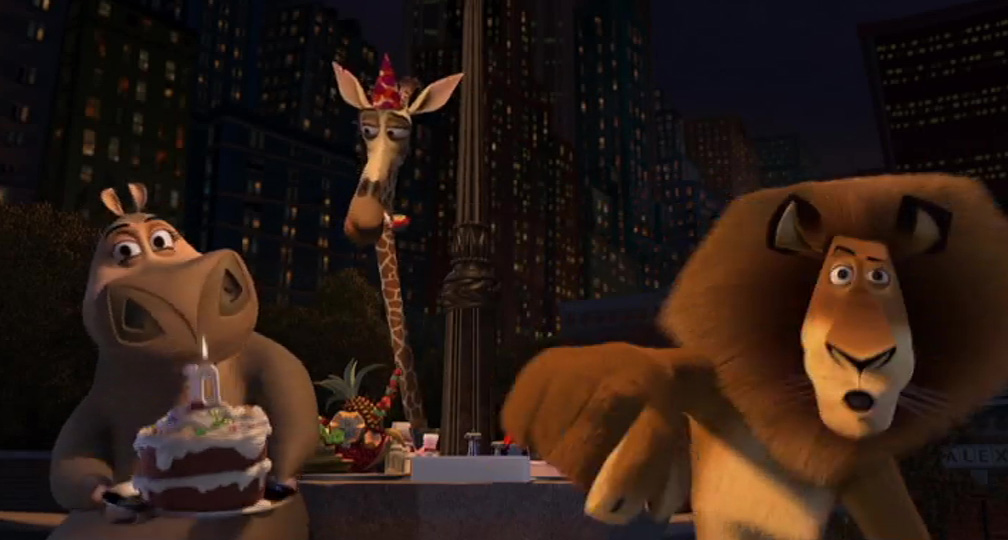 This Weekend in Box Office History: Comparisons for June 4-6, 2010
June 6, 2010 13:22 PDT - By Brandon Gray - Box Office News
Early June has sometimes seen post-Memorial Day lulls, but it has also seen its fair share of break-out hits. Here's a look back:

Like this year, a DreamWorks animated feature led and the new movies were on the soft side, but it was still a busier period than in 2010, thanks not only to Madagascar but feloow holdovers The Longest Yard and Star Wars: Episode III - Revenge of the Sith. Madagascar grossed $28.1 million, Longest Yard $26.1 million and Star Wars $25.1 million. Cinderella Man was the top new release with $18.3 million at 2,812 venues, but it failed to recreate the success of Seabiscuit, which its marketing emulated. The Sisterhood of the Traveling Pants got off to a decent $9.8 million start, while Lord of Dogtown wiped out with $5.6 million. • Weekend Report: 'Cinderella' Pulls Punch, 'Madagascar' Claims Title

Mission: Impossible II topped the box office in its second weekend, down 53 percent to $27 million for a 12-day haul of $130.7 million. There was only one new nationwide release, but it was a doozy. With the popular conceit of man in drag and in a fat suit, Martin Lawrence's Big Momma's House raked in $25.7 million at 2,802 locations. At the time, it was the highest-grossing opening for either a cross-dressing movie or a fat-suit comedy. • Weekend Chart

Casper led again, down 20 percent to $13.4 million, while The Bridges of Madison County was the major new release. Starring Clint Eastwood and Meryl Streep, Bridges drew a solid $10.5 million at 1,805 theaters. Guy movies Die Hard: With A Vengeance, Braveheart and Crimson Tide rounded out the Top Five, and the season had yet to yield a blockbuster. Also opening nationwide, Fluke found no luck, making $1.4 million at 1,200 sites in 11th place. • Weekend Chart

Total Recall was unleashed and rocketed to the top of the chart with $25.5 million at 2,060 locations. Not only did it mark star Arnold Schwarzenegger's biggest start to date, more than doubling previous high Predator, it was the largest opening of 1990, surpassing Teenage Mutant Ninja Turtles (and no other movie would beat it). It was also the top opening yet for a science-fiction chase picture, tripling the debut of Schwarzenegger's The Running Man. There were no other new nationwide releases, and Back to the Future Part III slipped to second with $10.3 million. • Weekend Chart

Rambo: First Blood Part II topped the chart for the third weekend in a row with $10.2 million, tallying $70.4 million in 19 days. The Goonies was good enough for second place in its debut, grossing $9.1 million at 1,705 locations. That may seem modest for such a famous movie, but it was the fifth-biggest start of 1985 at that point (and would ultimately rank ninth for the year). In third, Fletch was down ten percent in its second weekend to $6.3 million. Meanwhile, John Travolta's career continued to slide with the aerobics/Rolling Stone movie Perfect, which opened to $4.2 million at 1,344 locations. • Weekend Chart