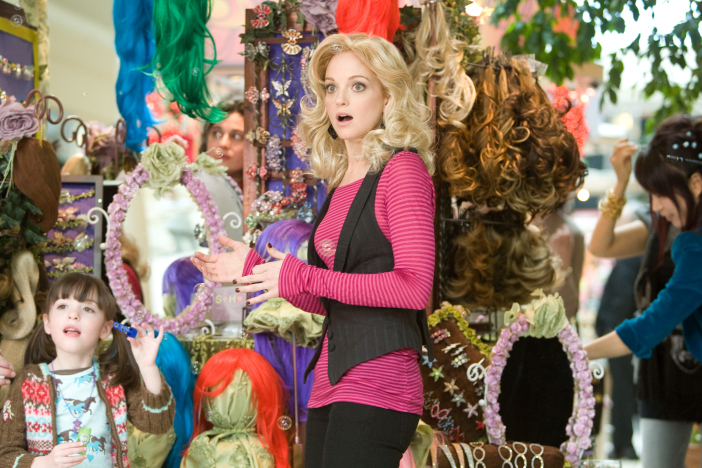 ‘Paul Blart’ Clamps Down ‘Rise of Lycans’
January 26, 2009 13:01 PST - By Brandon Gray - Box Office News
Paul Blart: Mall Cop retained the top spot again over the weekend, edging out the debut of the latest Underworld movie with $21.6 million. The action comedy stood its ground with a better-than-average 32 percent drop, and its collections grew to a hefty $64.9 million in ten days. Overall business was just as bullish, strong by January standards for the third weekend in a row with an eleven percent increase over the same timeframe last year.

Underworld: Rise of the Lycans devolved the vampires-versus-werewolves franchise, grossing $20.8 million on approximately 3,500 screens at 2,942 theaters. The previous movie, Underworld: Evolution, opened to $26.9 million three years ago, while the first Underworld scored $21.8 million, and both would rate even higher factoring ticket price inflation. According to distributor Sony Pictures, 59 percent of moviegoers were male and 55 percent were over 25 years old. By comparison, Underworld: Evolution was 55 percent male and 46 percent over 25 in its opening.

As a prequel, Underworld: Rise of the Lycans fared about as well as to be expected. It explored the history behind the first two movies and, hence, was strictly targeting the franchise's fans, not aiming to expand the audience. What's more, it lacked the lead characters of the first two movies and appeared to focus more on the werewolves than the vampires. Most recent movies about werewolves have failed at the box office, such as Cursed and Blood and Chocolate, and none have reached $100 million. While Rise of the Lycans is the weakest of the Underworld franchise, it still has made more in one weekend than werewolf movies typically do in their entire runs.

Yet another adaptation of a fantasy novel, Inkheart, captured few imaginations, making a below par $7.6 million at 2,655 sites. It's the latest in a glut of fantasies produced in the wake of the Harry Potter and The Lord of the Rings movies, two franchises based on literary phenomena with high general awareness levels, unlike Inkheart and its ilk. With the exception of Potter and Lord of the Rings, fantasy can be a tough sell, and the marketing for Inkheart did little to distinguish the picture, including a premise of stories coming to life that looked similar to the still-in-theaters Bedtime Stories.

Among pictures not nominated for Academy Awards, Hotel of Dogs and Gran Torino had the best holds. Hotel for Dogs was down 24 percent, a drop in the same range as Snow Dogs among past family movies that opened on Martin Luther King, Jr. weekend (though at a lower attendance level). It packed $12.9 million for a decent $37.5 million in ten days. Gran Torino slowed 26 percent to $16.2 million, lifting its total to a grand $97.8 million.

Enhanced somewhat by its 3D spectacle, My Bloody Valentine 3-D held better in its second weekend than many recent slasher movies, including Prom Night, Halloween and When a Stranger Calls. The horror remake bled 53 percent to $10 million for $37.7 million in ten days and has seen far greater attendance than its 1981 predecessor. Meanwhile, Notorious tumbled 72 percent to $5.8 million. The fall was steeper than 8 Mile, Get Rich or Die Tryin' and comparable movies, and the rap drama's booty climbed to $31.9 million in ten days.