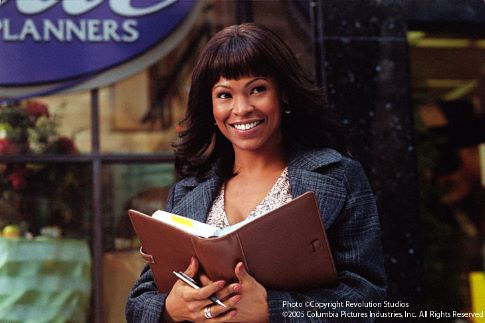 'Are We There Yet?' Rolls in at
January 24, 2005 1:31 PST - By Brandon Gray - Box Office News
The marketplace stalled in the face of snowstorms in the East, but Ice Cube slid into the weekend top spot. The actor and producer's first family vehicle Are We There Yet? scored the and his third biggest opening after the two Barbershop movies.

Are We There Yet? packed $18.6 million at 2,709 theaters, beating industry projections that it wouldn't be No. 1. The $32 million comedy played across the board demographically, according to distributor Sony's exit polling. Two-thirds of moviegoers were families, 57% were female, while, ethnically, the audience was 43% white, 26% black and 18% Hispanic. The movie did well with kids as 91% rated it either "excellent" or "very good."

Co-producing through his Cube Vision production company, which kicked off theatrically in January 2000 with Next Friday, Ice Cube aggressively promoted Are We There Yet?, including a nine-market cross country tour. Next up from Cube Vision is the Barbershop spin-off Beauty Shop with Queen Latifah on Mar. 30.

Are We There Yet?, in which Ice Cube must deal with his girlfriend's mischievous offspring on a road trip, offered similar slapstick appeal as such previous family hits as Snow Dogs, Daddy Day Care and Cheaper by the Dozen. The genre of unlikely men handling unruly children or animals is a consistent box office draw, and will be a recurring theme this year. Next up, audiences will see Vin Diesel as a suburban commando in The Pacifier on Mar. 4, and Martin Lawrence will try to coach kids' basketball in Rebound on April 8.

Action remake Assault on Precinct 13 locked up a soft $6.5 million at 2,297 venues over the weekend for an $8.0 million total since opening on Wednesday. Such pictures about a group under siege are often better accepted when they have horror, sci-fi or less mundane trappings, and, outside of Training Day, movies about corrupt cops haven't been bankable in recent years. Assault's ads stressed that star Ethan Hawke's character was a "burnt-out cop," a description not befitting his youthful persona and less dramatic than his fresh, innocent cop in Training Day.

On the eve of the Jan. 25 announcement of the Academy Award nominations, Sideways expanded into national release, wafting from 370 locations last week to 699 this weekend. As a result, business rose 32% to $2.9 million, or $4,080 per site—down 30% from last weekend's average. After 94 days, the $16 million comedy has earned $32.1 million. Distributor Fox Searchlight will widen it to 1,700 theaters on Jan. 28, the same day Oscar competitor Million Dollar Baby jumps to about 1,900.

"Based on spot-checking of theaters, I think we lost at least half a million dollars [from Sideways] because of the weather," Fox Searchlight's head of distribution Steve Gilula told Box Office Mojo, noting that many theaters in the hard hit East closed on Saturday.

In general, holdovers dropped more precipitously than expected, and the storm appears to be the main culprit. Coach Carter, despite being a crowd pleaser, tumbled 56% to $10.5 million for $42.8 million in 10 days. In Good Company slipped 44% to $8.0 million, despite increasing from 1,566 theaters to 1,963. Meet the Fockers had, by far, its worst decline yet (50%), and Elektra plummeted 69%—second only to Hulk's 70% among Marvel Comics' steepest second weekend stumbles.

On the post-Martin Luther King, Jr. frame last year, the average fall for non-expanding movies in the top 12 was 34%—this year it was 48%.