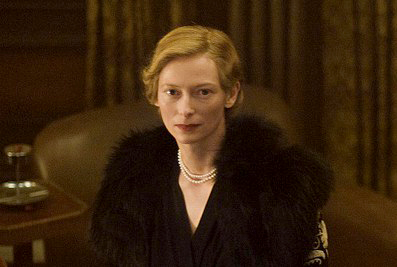 ‘Slumdog’ a Multi-Millionaire Among Soft Oscar Nominees
January 26, 2009 13:21 PST - By Brandon Gray - Box Office News
This year's Best Picture nominees were the least-attended batch on record. The Curious Case of Benjamin Button, Slumdog Millionaire, Milk, Frost/Nixon and The Reader collectively tallied just $186.7 million prior to being revealed as the nominees. The previous attendance low was 2005's crop, led by Brokeback Mountain and Crash, and 2008 marks the fifth year in a row without a true blockbuster in the mix, the last one being The Lord of the Rings: The Return of the King from 2003.

Over the weekend, Slumdog Millionaire led the Best Picture nominees after more than doubling its theater count. The drama garnered $10.7 million at 1,411 locations, jumping 83 percent. It had been building momentum long before the Oscar nominations, and, with $56.1 million in the till, it's now playing for $100 million. On the strength of Slumdog, 2008's Best Picture nominees as a whole should ultimately avoid the box office infamy of 2005, though they'll still be on the low end.

The top grosser among Best Picture nominees, The Curious Case of Benjamin Button, grew nine percent to $6.1 million for a $111.1 million total in 32 days. Frost/Nixon reached nationwide release for the first time and yielded a meager $3 million at 1,099 sites, increasing its total to $12 million. The Reader was up nine percent to a listless $1.4 million at 367 venues for a $9.7 million tally. Milk climbed 14 percent to $884,715 at 250 locations and its total inched up to $21.6 million in 61 days of limited release. Also of note, The Wrestler, nominated for Actor and Supporting Actress, nearly quadrupled its theater count (566) and grossed a passable $3.7 million for a $9.6 million tally.

The weekend also saw the roll-out of Revolutionary Road, which had a release strategy pegged to the Academy Awards, aiming to capitalize on major nominations with a nationwide expansion right after they were announced. Those nominations did not materialize, and the period drama earned a modest $5.2 million at 1,058 theaters, bringing its total to $11.8 million. While it reunited Titanic actors Leonardo DiCaprio, Kate Winslet and Kathy Bates, the picture was a marketing challenge, and its ads effectively were a call to watch the marriage of Mr. DiCaprio and Mrs. Winslet's characters fall apart.

While there is a "live by the sword, die by the sword" quality to the fate of Revolutionary Road and others, there is little indication that major Oscar nominations would have necessarily provided a major boost. After all, Best Picture nominee Frost/Nixon fared worse. What is certain is that the Academy Awards can raise awareness, but they do not make or break a picture. Slumdog Millionaire was a snowballing success prior to the Oscar nominations and Gran Torino, which received zero nominations for instance, was a hit, and neither picture's status fundamentally changed after the nominations were announced.

Meanwhile, a picture that didn't need the Academy of Motion Pictures Arts and Sciences to help get the word out but that the Academy may have needed in the Best Picture race to boost the sagging ratings of its telecast, The Dark Knight, had a modest re-launch at 350 venues and generated $667,397, slightly augmenting its phenomenal run that stands at $531.7 million in 192 days. The Academy claims that the Oscars are "The biggest movie event of the year," yet The Dark Knight, an actual movie that people had to leave their houses for and pay to see, sold more tickets than the typical viewership of the Oscar telecast.