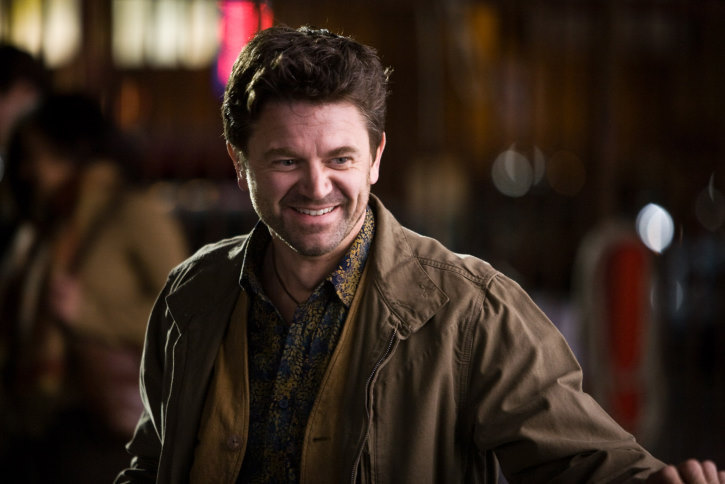 ‘Yes Man,’ ‘Seven Pounds’ Lead Quiet Pre-Christmas Weekend
December 22, 2008 15:46 PST - By Brandon Gray - Box Office News
The continued dearth of broadly-appealing or event pictures meant little was stirring on the weekend before Christmas, not even a mouse. The relatively soft debuts of Yes Man, Seven Pounds and The Tale of Despereaux comprised the Top Three, and overall business was down precipitously from the norm. The disparity is amplified when considering the last times this weekend fell on Dec. 19-21: 2003, which was the first weekend of The Lord of the Rings: The Return of the King, and 1997, which saw the openings of Titanic and Tomorrow Never Dies.

Hollywood studios pointed to severe snowstorms in the Northeast, Midwest and Northwest for as much as twenty percent of their box office woes, though the holdovers seemed to hold nearly as well as previous years. How these new movies will fare when the weather clears up will tell the full story, but they were already poised for the Christmas vacation boom, typically the busiest time of the year when high grosses aren't just reserved for the weekends. Factoring in what the studios suggest was lost and attendance still would have been down considerably, speaking to the cumulative weakness of the movies in release now.

The weekend relied mostly on the star power of Jim Carrey and Will Smith, who have been among the very few actors that could attract audiences in the past, but the movies they headlined, Yes Man and Seven Pounds respectively, didn't stand out otherwise. Yes Man made $18.3 million on approximately 5,000 screens at 3,434 theaters, which was a comparable start to Carrey's comedy from Christmas 2005, Fun with Dick and Jane, a movie that had a $110.3 million final gross despite its seemingly humble beginning.

Yes Man was marketed as a variation on Liar Liar or Bruce Almighty, two of Carrey's biggest hits, but it lacked the focus of those pictures in terms of set-up and purpose, coming off as just another Jim Carrey movie that people didn't have to rush out to see. Yes Man's "What if Jim Carrey said 'yes' to everything" just didn't have the same zing as "What if Jim Carrey couldn't tell a lie?" (Liar, Liar) or "What if Jim Carrey were God?" (Bruce Almighty), especially given Carrey's already free-wheeling character. Distributor Warner Bros.' exit polling indicated that 61 percent of the audience was under 25 and that there was an even split between genders. The studio noted that Yes Man was the only new movie to receive a grade in the "A" range from moviegoer pollster CinemaScore.

While Carrey's box office has varied depending on the genre, Will Smith has been consistent across genres in recent years, and his last eight pictures grossed well over $100 million each. Seven Pounds delivered Smith's least attended opening since The Legend of Bagger of Vance in 2000. The drama weighed in with $14.9 million on around 3,700 screens at 2,758 theaters, trailing Smith's last December drama The Pursuit of Happyness, which opened to $26.5 million.

With the mystery of Smith vaguely changing the lives of seven strangers as the key message in its advertising, Seven Pounds recalled past modest titles like Reign Over Me, Pay It Forward and Bounce. It relied heavily on Smith's persona (including a poster dominated by his face), showing how star power can only take a picture so far. By contrast, ads for The Pursuit of Happyness clearly depicted that movie's story of a man struggling to succeed against the odds. What's more, Pursuit had a positive, effectual Smith, while the Smith of Seven Pounds appeared dour and distraught. Distributor Sony Pictures' research indicated that 64 percent of Seven Pounds' audience was over 25 years old and 55 percent was female, and the studio believes the movie will have longevity like Pursuit and other Smith titles.

The new entry appealing to kids and families, The Tale of Despereaux, swung in with $10.1 million on approximately 3,600 screens at 3,104 theaters. The animated mouse adventure's opening attendance was slightly higher than Mouse Hunt (from the same Dec. 19 weekend in 1997), a picture that grossed ten times its debut by the end of its run, and slightly lower than Charlotte's Web. However, it was much lower than Stuart Little, Alvin and the Chipmunks and Ratatouille among other similar pictures, ones where the critters scurry about the real world, unlike Despereaux's fantasy setting, which has proven a difficult sell in animation before.

• 'The Day the Earth' Spins Out Among Holdovers...

• 'The Day the Earth' Stalls