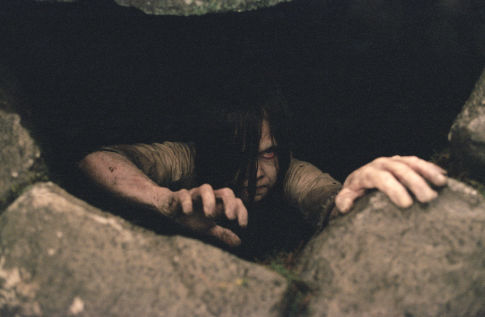 DreamWorks' first release in five months, The Ring Two, the sequel to the remake of the Japanese horror Ringu, saw $35.1 million at 3,332 locations. Aided by trailers promising the television static-steeped menace of its popular predecessor, the opening was the seventh largest ever for a horror picture and the third highest for March, but it was below industry expectations that pegged it at over $40 million. It did not surpass the $39.1 million of the most recent Japanese horror remake, The Grudge, which itself looked like a sequel to The Ring last Halloween.

In 2002, DreamWorks forged The Ring in to a virtually guaranteed hit with aggressive marketing that started months in advance with mysterious and ominous commercials uttering: "Before you die, you see the ring." Well timed with Halloween, the movie bowed at a modest 1,981 theaters with $15.0 million. What was unexpected was the picture's longevity—two $18 million weekends followed thanks to word-of-mouth and expansions. It rang up $129.1 million by the time it left theaters and was seen by many more on home video and cable, leading to predictions that The Ring Two could build on that box office run.

The marketing for The Ring Two dubbed it as "the one that started it all," ostensibly referring to the latest trend of horror. But after a string of genre hits like The Grudge, Boogeyman, White Noise and Hide and Seek among others, often featuring creepy children, The Ring Two's thunder was stolen. It did not help that, time and again, audiences would attend these scary movies and be disappointed in the lack of quality scares.

Horror sequels generally don't make as much as their predecessors, be it a fraction of the original, like The Exorcist II: The Heretic and Book of Shadows: Blair Witch 2, or a smidgen less, as with Scream 2 or Jeepers Creepers 2—even when they have bigger openings. Scream 2 racked up $32.9 million out of the gate, five times Scream's debut, yet closed with $101.4 million, $1.7 million shy of Scream. Even though its opening day matched the original's opening weekend, The Ring Two needed a much higher debut in order to ultimately top The Ring, and it may not exceed $100 million.

Targeting mothers and daughters, the figure skating coming-of-age story, Ice Princess, received a cold reception, landing with $6.8 million at 2,501 venues—below industry expectations in the teens. Buena Vista wisely included the Cinderella makeover element in the marketing, a theme that has worked well for the studio's The Princess Diaries series (G-rated like Ice Princess) and pictures like A Cinderella Story and She's All That. However, Ice Princess was limited by its subject matter, a girl blossoming through a sport that not many people play in real life, whereas The Princess Diaries dealt with a more universal fantasy and similar movies have had relationships with friends, boys and parents as their overt goals.

Softer-than-expected new releases do not mean last weekend's $36 million opener shows reliability. Robots retreated 42 percent in its second weekend to $21.0 million for $66.1 million in 10 days, a significant drop by computer animation standards. By comparison, Ice Age and Shark Tale fell 35 percent and 34 percent respectively and were each at about $87 million at the same point.

In limited release, The Upside of Anger managed $1.9 million at 153 theaters, averaging a lush $12,112 per site. With $2.1 million after 10 days of limited release, New Line's comedy-drama starring Joan Allen and Kevin Costner enters nationwide release on April 1 at around 1,200 theaters. Newmarket's German import about the last days of Hitler, Downfall took in $590,498 at 87 theaters, averaging a solid $6,787 per site, for $1.4 million in 31 days. In Europe, the picture has made around $60 million.

Fox Searchlight is finding early success with its first two releases of the year, Millions and Melinda and Melinda. Millions, a family picture from 28 Days Later director Danny Boyle, scrounged up $202,715 at 19 theaters for $298,959 in 10 days, and will climb to around 80 sites on March 23. Woody Allen's latest, Melinda and Melinda, delivered $74,238 at one, nearly sold out theater in New York City. It rolls out to 92 theaters also on March 23, and is scheduled to reach nationwide release on April 8.

• REVIEW: Melinda and Melinda• REVIEW: The Upside of Anger

NOTE: This report was updated on Monday, March 21 with actual grosses.