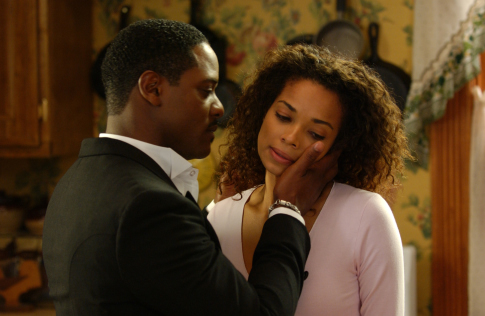 Industry expectations had 16 Blocks pegged to bow in the mid-to-high teen millions, while Dave Chappelle's Block Party was considered a contender with the perception of surging interest. Few visited either of the Blocks, and, with soft showings by Ultraviolet and Aquamarine, overall business was down 16 percent relative to the same weekend last year when The Pacifier opened to $30.6 million.

16 Blocks, an action thriller featuring Bruce Willis and Mos Def, logged $11.9 million at 2,706 locations, or a bit more than Willis' last action thriller, Hostage. Distributor Warner Bros.' exit polling indicated that the audience was 70 percent over 25 years old and evenly split between genders, though the studio did not finance the $55 million production, releasing it as part of a deal with Alcon Entertainment.

Both 16 Blocks and Hostage had corrupt cop angles, and that subject matter, grist for many a television show, hasn't drawn much interest theatrically since Training Day. Action thrillers find a consistent audience, but 16 Blocks' advertising lacked the overt thrills and humor to make the picture look like more than another Bruce Willis cop movie.

Ultraviolet beamed in $9.1 million at 2,558 sites, significantly less than the similar Aeon Flux from December. The $30 million sci-fi action picture re-teamed Milla Jovovich and Sony's Screen Gems, who had prior success with the Resident Evil movies, and the studio said that moviegoers were 60 percent male and 72 percent over 21. On the heels of failures like Aeon Flux and Elektra, Ultraviolet looked like another plotless, nonsensical entry in the exhausted action heroine sub-genre.

Aquamarine lived up to low expectations, washing up with $7.5 million at 2,512 sites. Targeted to young teen girls, the mermaid movie's debut was comparable to last March's Ice Princess.

While trekking 16 Blocks, Mos Def stopped by Dave Chapelle's Block Party, and the results were also disappointing. The comedy and music concert feature, with Dave Chapelle as emcee and Mos Def and other acts as performers, bused in $6.2 million at 1,200 venues. Focus Features released the picture through its genre label, Rogue Pictures, and its research suggested that 91 percent of moviegoers were under 35.

After the success of his cable TV show, Chappelle has been hyped as the comedian of the moment, but his supposed funniness was not apparent in Block Party's trailer, and the picture's audience was further limited by the music concert aspect. A straight-forward comedy or adaptation of his show probably would have had a higher gross, although Block Party only cost a reported $3 million to make.

Weekend woes can't be blamed on Sunday's Academy Awards broadcast. Sizable openings have been posted on Oscar weekends past, including The Passion of the Christ, Blade II, Diary of a Mad Black Woman and Romeo Must Die. At this time of year, lulls occur as middling movies pile up—none of the new releases provided a compelling draw to overcome the doldrums.

Among holdovers, Eight Below was again the strongest, falling 36 percent to $10.1 million. Buena Vista's stranded sled dog adventure has stashed $58.6 million in 17 days.

NOTE: This report was originally written on Sunday, Mar. 5 and was revised on Monday, Mar. 6 with actual grosses.