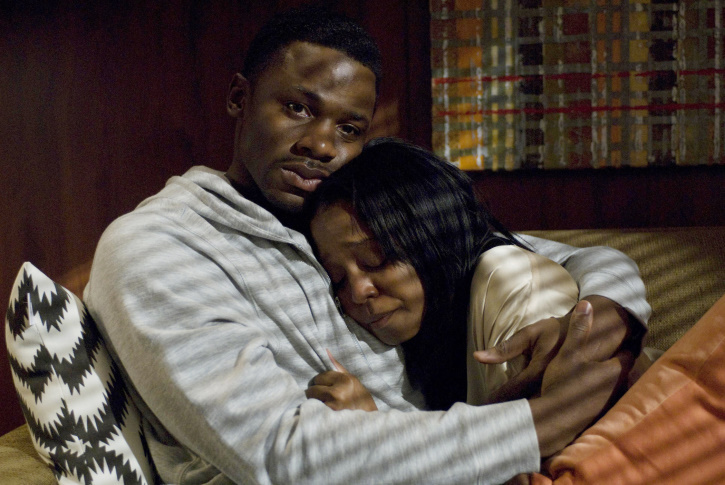 ‘Madea’ Gives ‘Jonas Brothers’ a Lickin’
March 2, 2009 12:19 PST - By Brandon Gray - Box Office News
Topping the box office again, Madea dropped 61 percent and still made the Jonas Brothers look scrawny. While overall business wasn't a record breaker for the end of February or early March, coming in at a solid $111 million, the weekend boasted a 14 percent bump over last year.

Tyler Perry's Madea Goes to Jail bagged $16.2 million, after a second weekend fall within the typical Tyler Perry range but worse than Norbit among similar movies. In ten days, the comedy-melodrama has grossed $64.5 million, which makes it the biggest Perry movie yet, edging out Tyler Perry's Madea's Family Reunion ($63.3 million total).

Compared to the media storm surrounding it and to its Hannah Montana predecessor, Jonas Brothers: The 3D Concert Experience fell flat in its opening, churning out $12.5 million on approximately 1,500 screens at 1,271 venues (including $765,000 from 51 IMAX locations). Last February, Hannah Montana/Miley Cyrus: Best of Both Worlds Concert Tour, in which the Jonas Brothers appeared, hit $31.1 million out of the gate at only 683 sites (and proceeded to quickly burn out). Distributor Walt Disney Pictures' exit polling indicated that 85 percent of Jonas Brothers' audience was female and 74 percent was 25 years old and younger.

As strictly a music concert movie, Jonas Brothers fared well, posting the second highest-grossing debut ever for the genre behind Hannah Montana. However, it's hard to imagine a previous concert movie receiving as much media exposure. The band was everywhere, from Barbara Walters' Oscar special to Saturday Night Live, being praised to high heaven as if they were one of the biggest things since The Beatles. Clearly, the band isn't as popular as the media or Disney would have us believe (notably absent in the commotion were references to their actual sales numbers), and the movie lacked Hannah Montana's television series foundation. The movie lived or died on the Jonas Brothers, and there was no other compelling reason to see it, not even the 3D format. 3D is an enhancement in terms of greater spectacle and higher ticket prices, but it's never the main attraction: first and foremost, that's the movie itself.

With a heap of ads basking in Oscar glory and a 31 percent increase in theaters, Slumdog Millionaire surged 43 percent, lifting its total to a stellar $115 million. The Best Picture winner's $12 million weekend is the second-highest grossing on record for a movie in its tenth nationwide weekend, behind Titanic, and remains in the top ten even when adjusted for ticket price inflation. The winners for Best Actress and Best Actor, The Reader and Milk, respectively, also expanded and saw business rise, albeit on a far more modest scale than Slumdog.

The top-grossing 2009 releases, Taken and Paul Blart: Mall Cop, continued to pack a wallop. Taken held firm with a 13 percent drop, bringing its total to $107.8 million. The action thriller's $9.9 million fifth weekend was better attended than Ransom in the same timeframe. Paul Blart eased 18 percent to $5.6 million and, with $128.1 million in 45 days, will soon surpass Get Smart among bumbling comedies. He's Just Not That Into You rounded out the Top Five with $6 million, stabilizing somewhat after last weekend's post Valentine's slip. Off 30 percent, the romantic comedy's total stands at $78.7 million in 24 days.

Precipitated by a loss of 3D presentations to Jonas Brothers, Coraline slid 54 percent to $5.3 million. On the previous weekend, it made $9.1 million at 1,098 3D venues, while on this weekend the 3D haul was $1.8 million at 380. With a $61.1 million tally in 24 days, though, it surpassed the final gross of Wallace and Gromit: The Curse of the Were-Rabbit among stop-motion animated pictures. The bleeding didn't let up for Friday the 13th, which claimed $3.7 million for $60.7 million in 17 days. Down 54 percent, the horror remake continued to fall harder than most slasher movies, including Freddy Vs. Jason.

Meanwhile, Street Fighter: The Legend of Chun-Li quietly opened at 1,136 sites and performed like a dubbed martial arts movie from Asia, even though it's not. The video game adaptation took in $4.7 million or less than 40 percent of the initial attendance of its 1994 predecessor, Street Fighter. Also debuting, thriller Echelon Conspiracy bombed with $500,154 at 400 venues, and Crossing Over, an immigration drama featuring Harrison Ford, picked up a listless $77,370 at nine theaters.