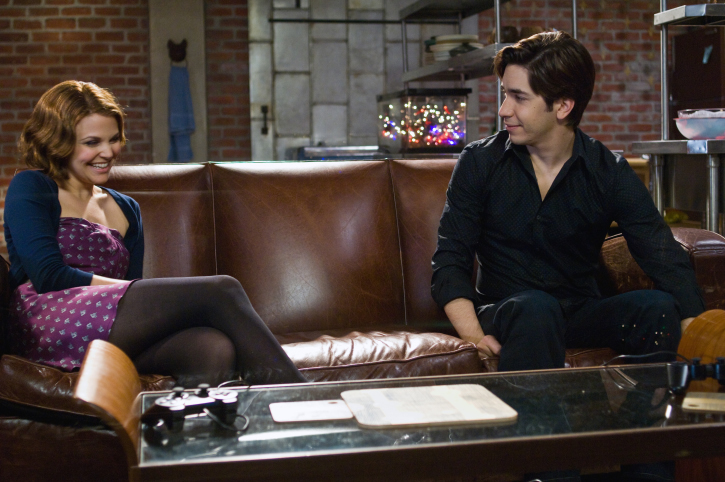 ‘He’s Just’ a Hit Over Busy Weekend
February 9, 2009 14:07 PST - By Brandon Gray - Box Office News
Four high-profile nationwide releases and small declines from holdovers led to one of the highest-grossing February weekends on record. Overall weekend business was up a whopping 38 percent over the same timeframe last year, and one has to go back to 2001 to find a better attended comparable weekend.

Topping the weekend, He's Just Not That Into You attracted $27.8 million on approximately 3,700 screens at 3,175 theaters, logging opening attendance in the same realm as How to Lose a Guy in 10 Days and Failure to Launch. Featuring such familiar faces as Jennifer Aniston and Drew Barrymore and a catchy title, the ensemble romantic comedy was heavily promoted with relatable dating humor and was well timed for Valentine's Day. According to distributor Warner Bros.' research, 80 percent of the audience was female.

Ranking third behind sturdy holdover Taken, Coraline swept up $16.8 million at 2,299 theaters. That includes digital 3D presentations at 1,005 theaters, which accounted for an estimated 70 percent of the gross, according to distributor Focus Features. The 3-D venues out-grossed the 2-D ones by a ratio of three-to-one. Coraline's initial attendance was in the same range as the nationwide debuts of director Henry Selick's previous stop-motion features, Tim Burton's The Nightmare Before Christmas and James and the Giant Peach, but lower than Chicken Run, Tim Burton's The Corpse Bride and Wallace and Gromit: The Curse of the Were-Rabbit. Coraline was marketed as the first stop-motion or "hand-made" animated feature made in 3D, and its advertisements, which were geared to adults as well as children, portrayed it as an eerie fantasy with striking visuals.

The Pink Panther 2 snared a relatively limp $11.6 million on around 3,700 screens at 3,243 sites, trailing The Pink Panther by a wide margin, not to mention recent movies like Paul Blart: Mall Cop and Get Smart. The bumbling French detective sequel debuted on the same weekend as its 2006 predecessor, which opened to $20.2 million en route to $82.2 million. In its promotions, Pink Panther 2 looked indistinguishable from the first movie, repeating the same scenes, presumably to jog audiences' memory, and more attempts by Inspector Clouseau to pronounce "hamburger." There was no raison d'etre provided to make Pink Panther 2 a theatrical must-see, and more of the same shenanigans could only take the picture so far. Distributor Sony Pictures' exit polling indicated that the audience was 55 percent under 25 years old and 56 percent female.

Push pulled in a modest $10.1 million at 2,313 locations, far less than Jumper from last February among fantastical action movies. The picture's attendance was a tick higher than similar chase pictures like Babylon A.D., Ultraviolet and Johnny Mnemonic but still below average. The marketing was energetic but made little attempt to draw viewers into the movie's super-powered world. Distributor Summit Entertainment's research suggested that 63 percent of the audience was male and 59 percent was 25 years and older.

Meanwhile, after being batted around the release schedule for a couple of years, Fanboys arrived with little fanfare in limited release. The comedy about Star Wars fanatics beamed in a scant $171,533 at 44 locations.