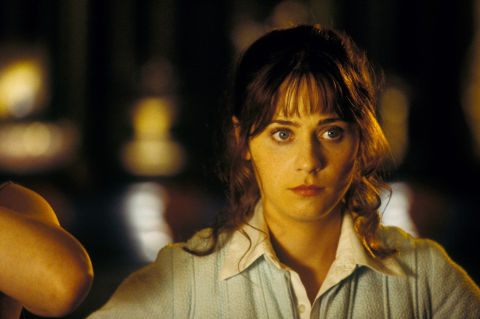 The action thriller, which cost in the neighborhood of $100 million to make, will have the weakest retention for a major sequel in the genre in decades, likely making less than one quarter of XXX's $142.1 million by the end of its run.

Ice Cube is not an action star, despite the tough image he cultivated as a hard core rapper. All of his previous lead roles in the genre have disappointed at the box office, including Torque in 2004, All About the Benjamins in 2002, Ghosts of Mars in 2001 and Dangerous Ground in 1997. Cube, though, has proven his mettle in comedy with the Friday and Barbershop franchises as well as his career high Are We There Yet? earlier this year.

The Hitchhiker's Guide to the Galaxy, an adaptation of the books by Douglas Adams that fans have been waiting more than 20 years for, thumbed a ride to the top with $21.1 million at 3,133 locations. The opening was in line with such spring sci-fi releases as The Fifth Element, Lost in Space, Mission to Mars and The Time Machine in terms of raw grosses, but sold fewer tickets.

Sci-fi comedy can be a tough sell–The Adventures of Pluto Nash and Evolution rank among the genre's casualties—as the humor, by its nature, often doesn't connect with a mainstream audience. In addition to the brand recognition, distributor Buena Vista countered by selling The Hitchhiker's Guide to a Galaxy as a quirky adventure a la Galaxy Quest or Men in Black (even using the music from the latter in the trailer). The teaser featured Louis Armstrong's famous crooning of "What a Wonderful World," ending with Earth exploding and the tagline, "The most astonishing adventure in the universe begins when the world ends," and the trailer emphasized the earthbound set-up of an ordinary chap learning his best friend is an alien before the Earth is destroyed. The marketing kept the picture's absurdism at a minimum.

• Review - 'The Hitchhiker's Guide to the Galaxy'

NOTE: This report was originally published on Sunday, May 1 and was updated on Monday, May 2 with actual grosses.