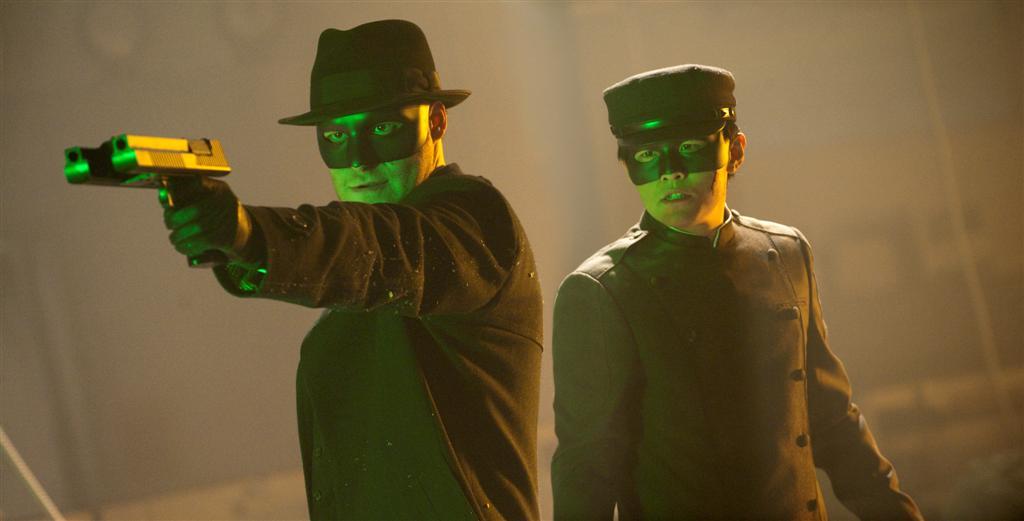 Weekend Report: 'Green Hornet' Kicks Into Top Gear Over MLK Weekend
January 18, 2011 10:58 PST - By Brandon Gray - Box Office News
Swooping into first with $40 million in four days, The Green Hornet added some zing to an otherwise tepid Martin Luther King, Jr. weekend, while The Dilemma was a distant second. Overall business was down around 25 percent from the same weekend last year, which featured the one-two punch of Avatar and The Book of Eli, and it was the least-attended MLK weekend since 1994.

Distributor Sony Pictures's exit polling indicated that The Green Hornet's audience was 61 percent male and evenly split over and under 25 years old. Green Hornet played on approximately 5,700 screens at 3,584 locations, and the release included 2,704 3D venues, which accounted for 69 percent of business (62 percent at 2,530 regular 3D sites and seven percent at 174 IMAX 3D sites).

Unlike Rogen, Vince Vaughn and Kevin James were on a hot streak, but that cooled with The Dilemma. On around 3,500 screens at 2,940 locations, the comedy pulled in $17.8 million ($20.5 million four-day), which was low by the stars' recent standards. Vaughn's Couples Retreat and Four Christmases nearly doubled that on their first weekends, while James was last seen in the larger Grown Ups and headlined the aforementioned Paul Blart. Distributor Universal Pictures' research indicated that 60 percent of Dilemma's audience was female and 58 percent was aged 30 years and older.

The pairing of Vaughn and James (along with director Ron Howard) should have been a comedic event, but, while Sony's advertising was revving past redline for Green Hornet, Universal's marketing seemed to be whiffing on Dilemma, particularly in the home stretch: blink-and-you-miss-them television ads failed to convey the premise or provide laughs. Dilemma's premise of a man learning his friend's wife is cheating and debating whether to tell the friend or not wasn't much of a dilemma, and it wasn't as comedically charged as Vaughn's other relationship comedies. Sony hit hard, early and often with Green Hornet, including carpet-bombing football and basketball telecasts and scoring Carls Jr. tie-in ads that started running early in the holiday season. On paper, Hornet sounded problematic, given its sub-genre and star, but the movie looked like a super-slick action buddy comedy in its ads, cleanly conveying the premise and deftly integrating Rogen's persona.

Meanwhile, last weekend's top grosser, True Grit, eased 25 percent Friday-to-Sunday and made $13.1 million for the four-day weekend, lifting its haul to $128.3 million in 27 days and gaining further ground on Little Fockers. The latter continued to lose steam at a faster rate than predecessor Meet the Fockers, falling 47 percent and grossing $8.5 million four-day for a franchise-soft $135.6 million total in 27 days.

The King's Speech more than doubled its location count to 1,543, and business rose 43 percent Friday-to-Sunday. It earned $11.3 million over the four days, increasing its sum to an impressive $46.8 million in 53 days. Also expanding, Black Swan jumped from 1,584 locations to 2,328 and had a $10.2 million four-day, but business was up three percent from last weekend. Its tally stands at $75 million in 45 days.