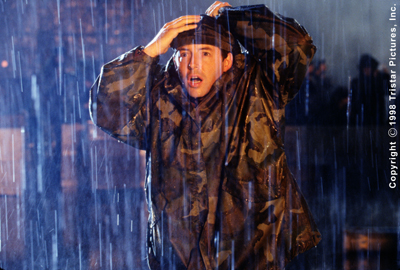 Big-budget disaster movies tend to draw huge crowds, and Godzilla is a brand that resonates with global audiences. Back in 1998, Roland Emmerich's Godzilla earned $379 million worldwide; with the expanded foreign market and drastically higher ticket prices, it's hard to imagine this new movie earning a penny less than $500 million. Still, even if it does twice as much business as last Summer's Pacific Rim, it would still be well short of $1 billion. Odds: 15%

Back in 2010, Alice in Wonderland became one of the rare "original" movies to earn over $1 billion worldwide. Remodeling iconic fantasies in big-budget live-action form has since become a major part of Disney's strategy. Unfortunately, Oz The Great and Powerful earned less than half as much as Alice in Wonderland, suggesting that movie's success was an anomaly. Featuring the Sleeping Beauty villain as the protagonist, Maleficent is an even tougher sell. Odds: 10%

Guardians of the Galaxy (August)

The Marvel Cinematic Universe is massively popular, and has delivered two $1 billion movies in the past two years (The Avengers, Iron Man 3). Guardians of the Galaxy has a very tenuous connection to those movies, and seems a bit too strange to become a global sensation. Still, never count out big-budget sci-fi: five years ago, who would have predicted a movie about Na'vi was going to earn over $2.7 billion? Odds: 5%

Director Christopher Nolan's last three movies have earned over $2.9 billion worldwide. While two of those involved Batman, it's undeniable that Nolan is a major box office draw. His next movie Interstellar is currently shrouded in mystery, though it's at least known that it involves scientists attempting to travel through a wormhole in space. Assuming the movie mostly delivers on its promise, it's hard to imagine it earns much less than Nolan's 2010 hit Inception ($825 million). Odds: 25%

Disney Animation is coming off their biggest hit yet in Frozen, which is poised to pass $1.1 billion in the next week or two. The next movie from the animation house is Big Hero 6, which will also benefit from its Marvel roots. Still, similar Disney Animation movie Wreck-It Ralph opened at the same time in 2012 and couldn't crack $500 million. Earning twice as much would be surprising. Odds: 5%

• What's the Next Billion Dollar Movie?