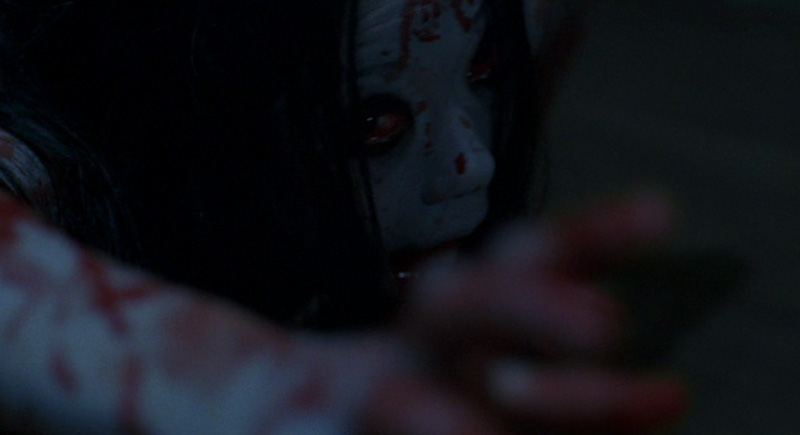 'Saw' Sharp in Third Outing
October 30, 2006 16:13 PST - By Brandon Gray - Box Office News
After The Grudge and Texas Chainsaw Massacre deteriorated with their second pictures, Saw showed teeth in its third outing, becoming the rare franchise to find equal or greater success than its first movie.

Maintaining its annual Halloween marketing hook and promising to gruesomely "pull out all the stops," Saw III yanked $33.6 million from around 4,700 screens at 3,167 theaters, out-grossing Saw II's $31.7 million from 3,879 screens at 2,949 theaters last year. Saw II wound up with $87 million, while the first movie started with $18.3 million on its way to $55.2 million. In recent years, the only other horror franchise to deliver progressively higher openings has been Final Destination.

Saw III, which distributor Lionsgate claims cost less than $10 million to make, boasted the first $30 million plus opening for the horror genre or for an R-rated movie since Saw II. It also notched the biggest Halloween debut ever and a new high for Lionsgate, leading the weekend box office to a two percent increase over the same frame last year.

"We were hoping Saw III would open in the neighborhood of Saw II," said Steve Rothenberg, president of domestic distribution for Lionsgate. "We also had the weekend for the most part to ourselves. Last year, The Legend of Zorro opened up against us." Rothenberg credited the franchise's continued potency to the moviemakers' ability to concoct new grisly puzzles as well as a marketing campaign that featured a poster with three severed teeth dangling from a saw. Lionsgate's exit polling indicated that 69 percent of the audience was under 25 years old and 51 percent was male, similar to Saw II's demographics last year.

The Saw franchise has remained fresh where the Grudges and Chainsaw Massacres have soured through a greater focus on mystery and the build-up of the villainous character Jigsaw. A malevolent mastermind is simply richer in possibility than a mindless butcher or supernaturally creepy kid.

Lionsgate has scheduled Saw IV for Halloween weekend next year.

The Departed again landed in second place, exhibiting another strong hold. Martin Scorsese's $90 million crime drama was down 27 percent to $9.8 million. With $91.1 million in 24 days, it will soon surpass The Aviator as Mr. Scorsese's highest-grossing picture. Close behind was last weekend's top draw The Prestige at $9.6 million, down 35 percent for $28.8 million in 10 days.

Flags of Our Fathers, which distributor Paramount Pictures last week likened to director Clint Eastwood's previous two movies, Million Dollar Baby and Mystic River, in terms of long playability after a modest start, suffered a 38 percent loss despite a 17 percent boost in theaters, generating $6.3 million for $19.9 million in 10 days. Mystic River and Million Dollar Baby fell less than 30 percent in their second weekends of wide release, and Flags' drop was steeper than The Prestige, which did not expand. The $90 million World War 2 drama's decline, though, was in line with its genre and comparable to The Thin Red Line.

Focus Features' Africa-set political thriller Catch a Fire was doused out of the gate, picking up $2 million at 1,305 locations or a fraction of the distributor's similar The Constant Gardener last year. Sony's dysfunctional family comedy Running with Scissors was nipped in its expansion to 586 venues, grabbing $2.5 million.

In limited release, Babel sparked a solid $55,621 average at seven theaters for a $389,351 weekend. Distributor Paramount Vantage plans to roll out the ensemble drama featuring Brad Pitt and Cate Blanchett to around 35 theaters on Nov. 3 and then to 1,200 on Nov. 10.

NOTE: This report was originally written on Sunday, Oct. 29 and was revised on Monday, Oct. 30 with actual grosses.