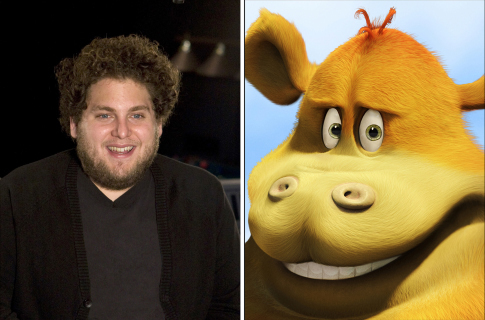 'Horton' Hits It Big
March 17, 2008 21:53 PDT - By Brandon Gray - Box Office News
After five down weekends in a row, business perked up slightly with the launch of Dr. Seuss' Horton Hears a Who!, but little else of significance transpired over the weekend. With by far the largest release of the year to date, approximately 6,300 screens at 3,954 theaters, the computer-animated comedy yielded the year's highest grossing opening thus far.

Distinguished by its Dr. Seuss branding and a different look and feel from its computer-generated brethren, Horton Hears a Who! corralled $45 million, an above average start for its genre. Among other adaptations of author Theodor Geisel's Dr. Seuss stories, it sold slightly more tickets than The Cat in the Hat out of the gate but far less than How the Grinch Stole Christmas. Horton marked the fourth feature made by Blue Sky Studios and their fourth to open in March and, while it didn't have the initial impact of Ice Age and Ice Age: The Meltdown, its opening exceeded Robots.' Distributor 20th Century Fox reported that Horton cost $85 million to make and its exit polling suggested that families made up 53 percent of the audience, a relatively low portion for the genre.

Teen fight drama Never Back Down tapped in with a passable $8.6 million at 2,729 venues, fueled by the same flashy hip hop marketing strategy as other youth movies like Step Up 2 the Streets and The Fast and the Furious. Distributor Summit Entertainment's research indicated that 60 percent of the $20 million movie's audience was under 21 years old and 59 percent was male. Another action movie, horror-themed Doomsday, looked like a re-issue of Resident Evil: Extinction and failed with $4.9 million at 1,936 sites. In limited release, few participated in Funny Games. The horror thriller flopped with $510,958 at 274 locations.

Last weekend's biggest grosser, 10,000 B.C., sank 53 percent to $16.8 million. The fall was at the same rate as 300 last year, though the movie's $61.6 million ten-day tally is less than half of 300's at the same point. Disney's family comedy non-starter, College Road Trip, slowed 43 percent, a steeper decline than most comparable movies in its genre, and its ten-day haul stands at a disappointing $24.2 million.

RELATED ARTICLES• Review: 'Never Back Down'