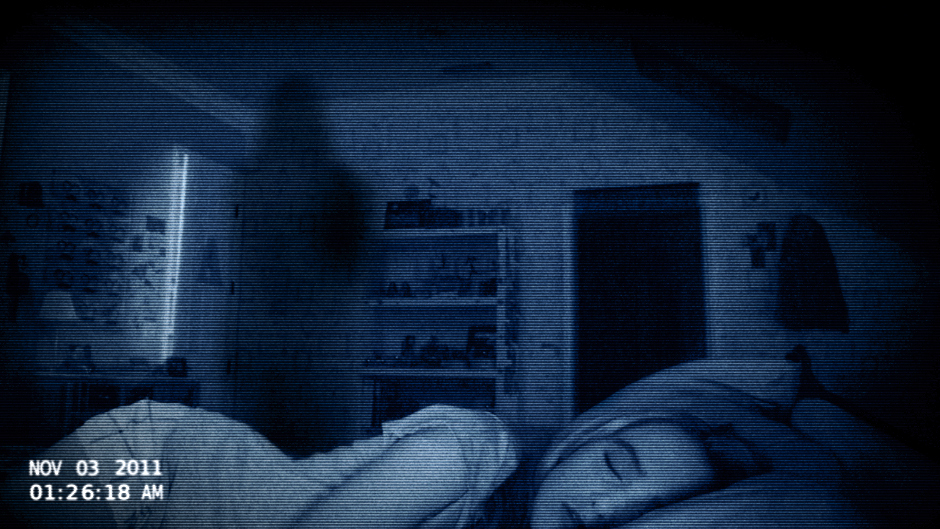 Forecast: In what's become a perennial Halloween tradition, the latest chapter in the Paranormal Activity franchise is set to open atop the box office this weekend.

While Paranormal Activity 4 is sure to have a very strong debut, though, audiences usually start to lose interest by the fourth movie in any franchise, and it should therefore fall short of its predecessor's record-setting opening. The only other nationwide release this weekend is Alex Cross, which marks the first time Tyler Perry is starring in a movie that he didn't also direct. With a handful of healthy holdovers, this should be another fantastic weekend at the box office.

The Paranormal Activity series began in 2009 when the first movie became a word-of-mouth sensation and wound up earning $107.9 million. A sequel was quickly (and cheaply) put together for an October 2010 release, and it debuted to an impressive $40.7 million on its way to $84.8 million. A year later, Paranormal Activity 3 set a new October opening weekend record with $52.6 million, and ended up just shy of the first movie's total with $104 million. Overall, the three movies have earned over $576 million worldwide on a combined budget of a little over $8 million.

For Paranormal Activity 4, which is opening at 3,412 locations, Paramount has taken a "if it isn't broken, don't fix it" approach. The movie itself appears to be a close relative of the previous entries, with "found footage" documenting supernatural occurrences in a house. For the marketing, fans were once again encouraged to "demand" advanced screenings, and horrified reaction shots from those screenings were heavily featured in last minute commercials.

By sticking close to the playbook, there's little risk associated with the project: it's guaranteed to be successful, and should make a ton of money for Paramount, which hasn't had a fictional live-action nationwide release since The Dictator in May. Historically, though, when franchises play it safe, moviegoers eventually stop showing up. That opening weekend malaise tends to manifest itself around the fourth entry: there are big recent examples like Shrek Forever After and Pirates of the Caribbean: On Stranger Tides, but the most relevant one here is Saw IV.

The Saw franchise followed a similar model to Paranormal Activity (surprise hit with the first movie followed by yearly sequels timed around Halloween), and had its strongest opening with the third outing ($33.6 million). The debut was a bit lower for Saw IV ($31.7 million), but it faded much faster and wound up almost $17 million lower than Saw III ($63.3 million to $80.2 million). Considering the Paranormal Activity movies are already insanely front-loaded, the likely drop in interest will more noticeably affect opening weekend for Paranormal Activity 4, which Paramount expects to be between $35 and $40 million.

Debuting at 2,539 locations, Alex Cross is targeting two main groups this weekend: Tyler Perry fans, and James Patterson fans. For the past seven years Perry's legion of supporters have consistently turned out to Perry-branded movies, which have earned over $636 million at the domestic box office. Also, James Patterson is one of the best-selling authors in recent memory, and his fans helped the first two Alex Cross movies (starring Morgan Freeman as the title character) earn $60.5 million (1997's Kiss the Girls) and $74.1 million (2001's Along Came a Spider).

It could be tough to get these groups to turn out for Alex Cross, though. Perry's fans prefer to see him in the Madea fat suit; February's Good Deeds, in which Perry played a regular guy, only opened to $15.6 million. Also, Patterson's fans tend to be on the older end, and Alex Cross may appear too violent for some of them. Summit is forecasting an opening in the low-teens, which seems like a reasonable expectation given some of these factors.

A drop from the last movie is expected and reasonable, but Paranormal Activity 4 should still be getting to $40 million this weekend. Every movie starring Tyler Perry has opened over $15 million, and Along Came a Spider (the last Alex Cross movie) debuted to $16.7 million 11 years ago. Therefore, Alex Cross really needs to open to at least $15 million.