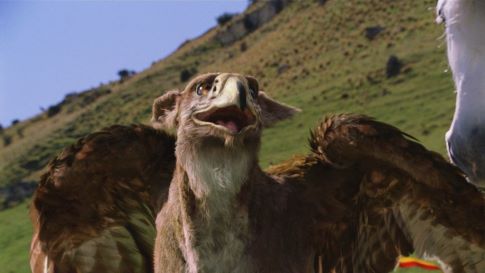 The Chronicles of Narnia: The Lion, the Witch and the Wardrobe blazed onto the scene with $65.6 million, which was the second highest-grossing December opening ever at the time behind The Lord of the Rings: The Return of the King. Syriana opened nationwide to a decent $11.7 million, while Harry Potter and the Goblet of Fire fell to third. Brokeback Mountain and Memoirs of a Geisha posted sizable limited debuts. • Weekend Report: 'Narnian' Delight: Passion of the 'Lion' Pays Off

Toy Story was No. 1 for the third weekend in a row, generating $13.9 million. There was only one new nationwide release, Father of the Bride Part II, which earned a solid $11.1 million. That was greater than its predecessor's $7 million start. • Weekend Chart

Home Alone held onto the top spot for the fourth consecutive weekend, grossing $14.2 million, while Misery slotted in second with $7.1 million in its second weekend. There was only one nationwide debut, Clint Eastwood-Charlie Sheen vehicle The Rookie (1990), which limped in with $5.5 million. Edward Scissorhands impressed in its two-theater start. • Weekend Chart