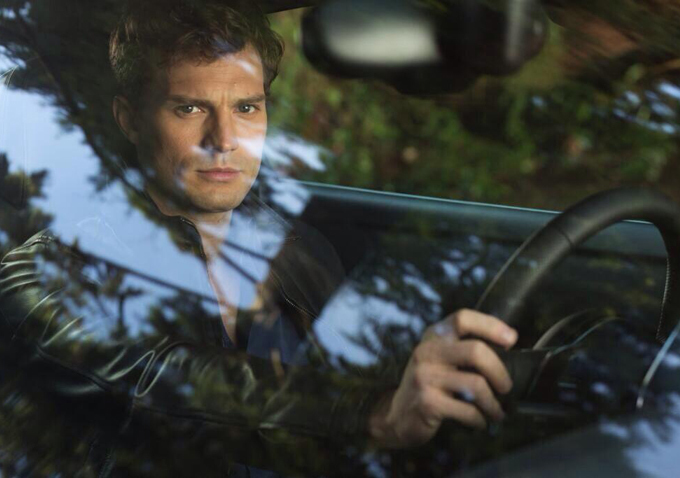 That's up nine percent from last year but down around $50 million from the all-time record, which was set in 2012.

Through the end of February, total domestic box office was at $1.77 billion. That's 11 percent above the same period last year and 22 percent higher than the same frame in 2013. That year ultimately went on to be the biggest in history at $10.92 billion, which is a number that 2015 has a very strong chance of topping.

Fifty Shades of Grey led the February box office with $145 million. Opening over Valentine's Day weekend, the movie set a new February record with its $85.2 million debut. Unfortunately, demand for this title was very frontloaded, which resulted in a stunning 74 percent second weekend drop.

Fifty Shades is now on track to close around $165 million; add in some stunning international results (pacing toward $400 million), and a sequel is a foregone conclusion.

The SpongeBob Movie: Sponge Out of Water opened on the first weekend of February, which is the same slot that The LEGO Movie occupied last year. While SpongeBob couldn't quite match LEGO, it was impressive in its own right: by the end of the month, it had earned $136.6 million, which puts it on course for a final total north of $160 million. That's nearly twice as much as the first SpongeBob movie's domestic earnings.

January holdover American Sniper took third place in February with $85.4 million. The movie has now earned over $330 million total, and will become the highest-grossing movie from 2014 (it technically opened on Christmas Day) in the next week or so.

Kingsman: The Secret Service was February's final big hit: through 16 days in theaters, the R-rated spy movie had earned $82.6 million. Compared to previous President's Day comic book adaptations, it's on track to close between Daredevil's $102.5 million and Ghost Rider's $115.8 million. Add in strong international numbers, and this will probably wind up spawning a sequel.

When considering their modest budgets and marketing spends, McFarland, USA and The DUFF also did solid business this month. Each held particularly well in their second weekends, and each will ultimately wind up north of $30 million.

The Wachowskis' Jupiter Ascending was probably the month's biggest disappointment: through 23 days in theaters, the movie had earned just $42.5 million at the domestic box office. It's going to wind up ahead of Speed Racer, but won't make it past $50 million. International isn't looking so hot, either, so this mega-budget sci-fi flick is going to wind up being a huge money loser.

Seventh Son was also a huge flop: the fantasy adventure grossed just $16.6 million, and is going to close below $18 million. Meanwhile, Hot Tub Time Machine 2 took in just $9.6 million in its first nine days, and will end its run having earned less than the first movie's opening weekend ($14 million).