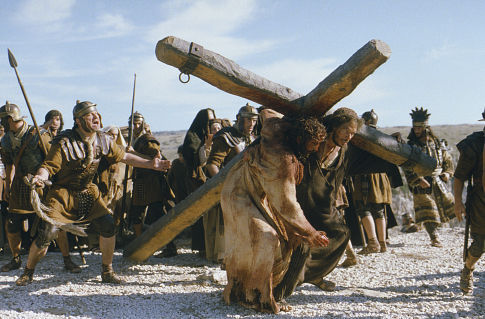 February Breaks Box Office Record
March 3, 2009 16:52 PST - By Brandon Gray - Box Office News
The final tally for February came in at nearly $770 million, marking the highest-grossing February ever. Business was up over ten percent from last year, which was the previous February best. Adjusting for ticket price inflation, though, February 2009 was effectively in a tie with February 2004 (fueled by The Passion of the Christ) and February 1997 (driven by two Star Wars special editions).

The bustling February comes in the wake of the first billion dollar January, which was the rare January to out-gross the preceding December. The first two months of 2009 tallied $1.78 billion, a 16 percent improvement over 2008 through the same point and the highest-grossing start to a year on record. The box office boom of January and February followed the weakest December of this decade, which grossed less than $800 million (and rated even worse in terms of attendance). The key difference has been a much stronger overall slate of pictures in January and February than December.

For the first time since 1998 (when Titanic was king), a non-February release had the highest gross, albeit this time it was one that came out at the end of January. Taken led February with $84.3 million, accounting for nearly 11 percent of the month's business. However, the box office was well spread out. He's Just Not That Into You came in second with $77.2 million for a ten percent market share, followed by Tyler Perry's Madea Goes to Jail ($60.9 million), Friday the 13th ($59.8 million) and Coraline ($59.5 million). February had its disappointments as well, including Confessions of a Shopaholic ($32.7 million) and The Pink Panther 2 ($31.9 million) (the first Pink Panther remake was the top grosser of February 2006).

February's Top Five pictures were successful by their respective genre standards, but Taken was the picture that went above and beyond. The kidnapping action thriller has handily out-gunned Man on Fire among past similar movies and trails only Ransom in its sub-genre. The movies that were sixth and seventh for the month were also genre busters and both were released before February. Slumdog Millionaire pulled in $46 million, and February, its fourth month in release, was its biggest yet. Paul Blart: Mall Cop collected $45.9 million after finishing second in January behind Gran Torino, which ranked tenth in February with $28.9 million. These four pictures also comprise the Top Four of calendar year 2009 thus far with the following takes: Gran Torino at $133 million, Paul Blart at $128.5 million, Taken at $108.5 million and Slumdog at $93.7 million (all as of Mar. 2).

Also in February, a number of high profile pictures departed the box office race, or rather their respective studios decided to stop counting their grosses in most cases. On Feb. 5, Walt Disney Pictures put Beverly Hills Chihuahua to sleep at $94.5 million and graduated High School Musical 3: Senior Year with a $90.6 million final, both of which were hits from the Fall, and MGM stopped flop Soul Men at $12.1 million. Warner Bros. took down Four Christmases on Feb. 12 with $120.1 million in the till, while The Weinstein Company said "adios" to Vicky Cristina Barcelona at $23.2 million. Disney bowed out Bolt at $114.1 million on Feb. 22, which improved on Meet the Robinsons but was far behind their Pixar releases. On Feb. 26, Paramount Pictures locked away Madagascar: Escape 2 Africa at $180 million, retaining approximately 83 percent of the attendance of its predecessor, and Fox Searchlight's The Secret Life of Bees spilled out of theaters with a $37.8 million final gross.