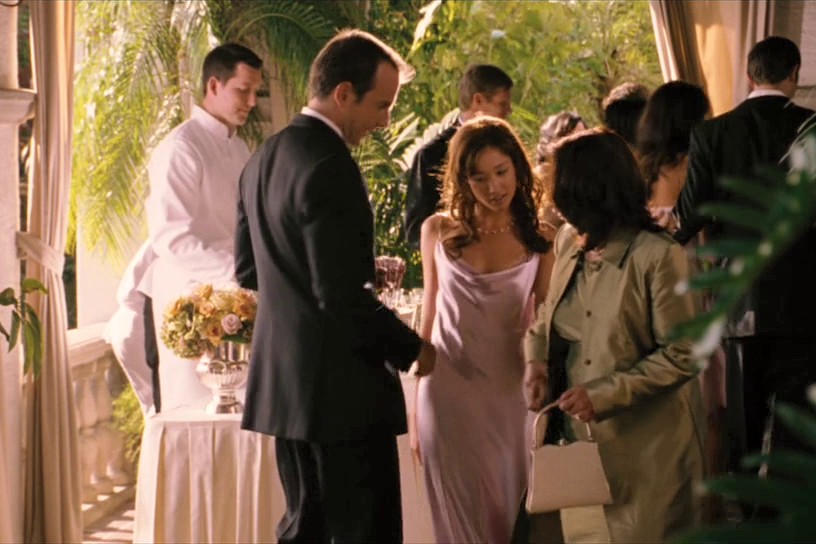 'Monster-in-Law' Claws to the Top
May 16, 2005 13:34 PDT - By Brandon Gray - Box Office News
On the weekend before the fiery duel between Obi-Wan Kenobi and Anakin Skywalker, moviegoers' top choice was a mano a mano between Jane Fonda and Jennifer Lopez.

Monster-in-Law, a female version of Meet the Parents with Fonda as the matriarch and Lopez as her soon-to-be daughter-in-law, rang up $23.1 million at 3,424 venues. New Line's $43 million comedy directed by Robert Luketic (Legally Blonde) delivered the biggest opening of Lopez and Fonda's careers, and marks Lopez' second hit in a row after Shall We Dance in her road to recovery from 2003 flop Gigli.

"Jennifer Lopez has had some lumps and bumps along the way, but this is her highest opening," New Line's president of domestic distribution David Tuckerman told Box Office Mojo. "And Jane Fonda… after 15 years, people wanted to see her again. Sometimes, despite bad reviews, people still want to have a good time."

Fonda's co-star in her last movie appearance, Stanley and Iris in 1990, was Robert De Niro, who became the adversarial patriarch in the Meet the Parents movies. Monster-in-Law tapped into a similarly relatable anxiety—the fear of not getting along with a fiance's family. These big screen situation comedies are often big business (even as ratings for small screen sitcoms decline) with recent hits including Guess Who and Meet the Fockers, which resurrected Fonda contemporary Barbra Streisand. Lopez has found most of her success in female appeal comedy, including her highest grosser Maid in Manhattan and The Wedding Planner.

To build word-of-mouth for Monster-in-Law, New Line ran 849 sneaks last Sunday, Mother's Day, and had 90 percent attendance. "I thought that was more a marketing deal," said Tuckerman. "Four p.m. on Sunday on Mother's Day? If I was betting, I'd have bet it wouldn't have done that well. I would have sneaked it on Saturday. And I said so publicly. But the marketing department hit a home run."

The marketing successfully set up the Fonda-Lopez face-off in part by playing off the Hanoi Jane and J. Lo personality controversies. In the trailers, the way Fonda reacts to Lopez is understandable to the audience, because of Lopez' off-screen persona of jumping from marriage to marriage, and both stars get fun comeuppances. The ads, though, still played the universal card, and even mimicked the tagline from Meet the Parents. Parents' read "He finally met the girl of his dreams. Too bad her dad's a nightmare," while Monster's was "She met the perfect man. Then she met his mother."

Though not on the winning team, Will Ferrell scored a solid second place debut with his soccer comedy. Kicking and Screaming whipped up $20.2 million at 3,455 locations. According to distributor Universal's exit polling, 60 percent of the $45 million production's audience was parents and children under 12 years old, while 16 percent was adults over 25 without kids. In descending order, the top three reasons those over 13 gave to see the movie were Ferrell, the humor and the story, while those under 13 came for the jokes, soccer and Ferrell.

"It exceeded expectations based on the tracking, which it had it in the high teens," said Universal's head of distribution Nikki Rocco. "This is a matinee crowd movie. The appeal was Will Ferrell and the fact that it was a PG comedy. Obviously, there's nothing in the marketplace like it. "

Kicking and Screaming wasn't in the same league as such family comedies as Daddy Day Care, The Pacifier and Ferrell's Elf but it was on par with School of Rock and high for the genre. The previous best opening for a soccer movie was Ladybugs' $5.2 million, and Kicking will careen past Bend It Like Beckham's $32.5 million to become the highest grossing soccer movie ever. Though the sport of the world, soccer isn't exactly the national pastime, but this summer will bring two more coaching comedies set amidst sports more in step with American tastes—Rebound (basketball) with Martin Lawrence on July 1 and The Bad News Bears remake (baseball) with Billy Bob Thornton on July 22.

Unleashed, a martial arts drama produced by Luc Besson and starring Jet Li and Morgan Freeman, was let loose at 1,957 theaters and nabbed $10.9 million. That was better than Besson's last action picture The Transporter but less than Li and Besson's last collaboration, Kiss of the Dragon. Given its modest release, though, Unleashed (known as Danny the Dog overseas) mustered a sturdy debut and exhibited Li's consistency on opening weekend.

Filmed in early 2002 and originally targeted for an April 2003 release and then constantly bumped around the release schedule since (even flirting straight-to-video), Dimension Films' Mindhunters finally surfaced for its inevitable box office elimination. The serial killer thriller featuring Val Kilmer and LL Cool J among others drew $1.9 million at 1,040 theaters.

Kingdom of Heaven fell 51 percent $9.6 million, a steeper drop than Troy last year. The $130 million epic's total stands at $35.1 million in 10 days. In general, though, holdovers crashed across the board, except for Crash. The ensemble drama eased 23 percent to $7.2 million for $19.6 million in 10 days.

At $102 million, overall business was down from 2005 for the 11th straight weekend. Year-to-date, the box office climbed to $2.82 billion, down ten percent from $3.13 billion at the same point last year. The key difference has been The Passion of the Christ—subtract its $368 million made by this time last year and 2004's total would be less than 2005. The Passion was a rare phenomenon appealing to irregular moviegoers, and its earnings were not at the expense of other movies. The market is product driven and, recently, there hasn't been much product to excite potential moviegoers—Hollywood didn't bother to release any traditional tent pole pictures in the early weeks of summer, deferring to the new Star Wars on May 19. George Lucas' digital epic could be the first step in getting people in the moviegoing habit again.

• Interview - Steppin' Out: Director Peter Chelsom ('Shall We Dance')

• Tango and Cash: Chelsom on 'Shall We Dance' and Its Opening Weekend

NOTE: This report was originally published on Sunday, May 15 and was updated on Monday, May 16 with actual grosses.