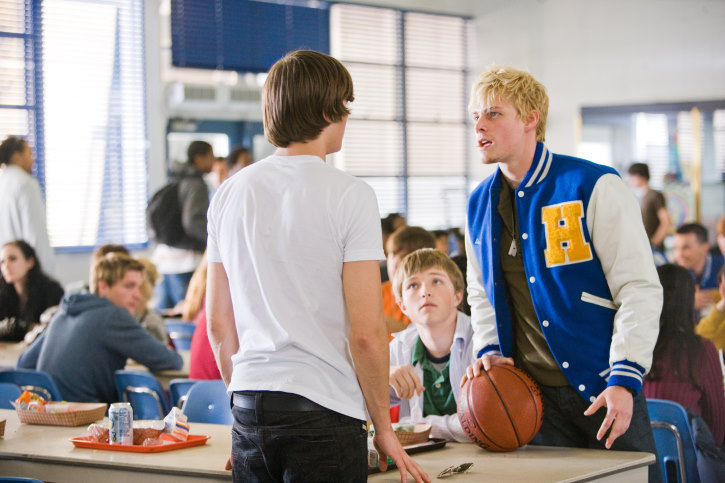 Weekend Report: ’17 Again’ Is Big
April 20, 2009 12:57 PDT - By Brandon Gray - Box Office News
Success for the latest "what if?" comedy became a reality. 17 Again enrolled $23.7 million to lead a solid weekend at the box office. Overall business was up 15 percent from the same timeframe last year and maintained April's blistering pace relative to past Aprils.

Playing on approximately 4,200 screens at 3,255 sites, 17 Again's debut sold about as many tickets as the last major body switch comedy, 13 Going on 30, which opened in April 2004 (the two pictures also have practically the same poster designs), and was strong among "what if?" comedies in general. On its first day alone, the picture drew more patrons than the entire run of the similarly themed and titled 18 Again from 1988, and its weekend tally alone was about the same as the final total of another 1988 body switcher, Vice Versa, adjusted for ticket price inflation.

17 Again was sold on its clearly-presented premise of a man reliving his youth and experiencing his children's lives firsthand (the kind of sentiment that has fueled past hits like Big and Freaky Friday) as well as the presence of High School Musical actor Zac Efron. It marks Efron's third theatrical winner in a row, following Hairspray and High School Musical 3: Senior Year, though his first as the sole, above-the-title-billed attraction. According to distributor Warner Bros.' exit polling, 75 percent of 17 Again's audience was female and 43 percent was under 18 years old.

State of Play landed in second place, reporting $14.1 million on around 3,200 screens at 2,803 locations. That was better than Body of Lies from last fall and initial attendance was on par with Runaway Jury among comparable titles. In other words, State of Play's opening wasn't special but was within the average range among high-profile political thrillers. The marketing depicted a polished-looking thriller and rattled off a big-name cast amidst general murder and conspiracy intrigue, though it would have needed to show a central character to get behind or a distinct storyline that rises above television fare to go further. Distributor Universal Pictures' research indicated that 55 percent of the audience was female and 75 percent was 35 years and older, and poll respondents' main reasons for seeing the picture were Russell Crowe (66 percent) and the story (52 percent).

Ranking sixth for the weekend, Crank: High Voltage yanked $7 million from around 2,400 screens at 2,223 venues, which was more than Shoot 'Em Up but far below the first Crank ($10.5 million) among like-minded movies. This type of gruesome but cheeky action picture rarely fares well, and High Voltage's advertising displayed the movie as essentially a rehash of the first Crank. A modest amount of moviegoers already had their fix with that picture and there was no compelling reason to have a second injection.

Last weekend's top grosser, Hannah Montana The Movie, fell to third with $13.4 million. It was down a sharp 59 percent but nonetheless held up better than Hannah Montana/Miley Cyrus: Best of Both Worlds Concert Tour and has made more through the same point ($56.9 million in ten days). Monsters Vs. Aliens was close behind with $13.2 million, dipping a standard 39 percent. It's the highest-grossing picture of the year thus far with a $163.1 million total in 24 days. Rounding out the Top Five, Fast and Furious generated $11.8 million. While the action sequel has a franchise-leading $136.2 million in 17 days, it had a greater third weekend power loss than The Fast and the Furious and 2 Fast 2 Furious.