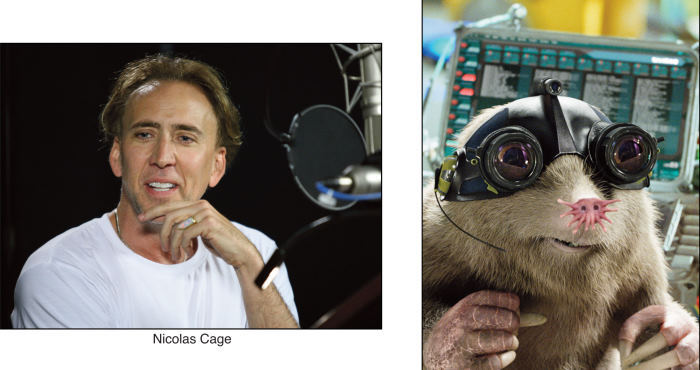 Weekend Report: ‘G-Force’ Takes Cake, ‘Potter’ Plummets
July 27, 2009 14:05 PDT - By Brandon Gray - Box Office News
Though G-Force and The Ugly Truth opened well, it was another down weekend at the box office. Driven by less compelling new and recent releases, business as a whole was off from last year for the third weekend in a row. With $151.4 million, the drop was 16 percent from the $180.9 million of the same timeframe last year, when The Dark Knight was in its second session and Step Brothers debuted.

Following the playbook for the perennially popular talking animal sub-genre, G-Force scooted to $31.7 million on approximately 5,200 screens at 3,697 sites, grossing a bit more out-of-the-gate than Bolt, Beverly Hills Chihuahua and Cats & Dogs, though it was far from the next Alvin and the Chipmunks. In its marketing, the picture looked like it was stitched together from past like-minded movies, from the scatological and cutesy humor of Alvin and the Chipmunks to the gizmos of Cats & Dogs and others. While that approach was enough to attain a sizable audience, it wasn't enough to reach blockbuster status. Around 56 percent of G-Force's gross came from 3D presentations, which accounted for 1,604 or 43 percent of the total number of sites. That was a slightly greater 3D share than Up and Ice Age: Dawn of the Dinosaurs had in their debuts. According to distributor Walt Disney Pictures' exit polling, 75 percent of the audience was parents and their children, while 52 percent was female.

The Ugly Truth attracted $27.6 million on around 3,500 screens at 2,882 sites, which was in the same range as How to Lose a Guy in 10 Days, Failure to Launch and He's Just Not That Into You. Promoted as a battle-of-the-sexes event, the romantic comedy, which was in the glossy vein of recent hit The Proposal, featured a Cyrano-like storyline and an opposites attract theme, buttressed not only by rising star Katherine Heigl (who carried 27 Dresses) but an attempt at a strong male lead with Gerard Butler. That combination of relatable themes and plucky male and female stars often leads to good openings for romantic comedies. Distributor Sony Pictures' research indicated that 62 percent of the audience was female and 64 percent was 25 years of age and older.

Also opening nationwide, Orphan crept to a passable $12.9 million on around 3,100 screens at 2,750 sites, delivering lower initial attendance than The Omen (2006) and The Good Son but more than Godsend and The Reaping among other similar movies. Positioned as the first horror thriller since Drag Me to Hell (which also didn't take off), the picture was heavily marketed on the secret of its titular murderous child character, but without the supernatural zing of The Omen or The Sixth Sense nor lead characters relatable to the horror genre's typically teen-to-young-adult demographic. Distributor Warner Bros.' exit polling reported an audience composition of 58 percent female and 63 percent under 25 years old.

While Ice Age: Dawn of the Dinosaurs continued to boom overseas, it cooled domestically. The animated sequel fell 52 percent to $8.4 million, no doubt feeling the brunt of G-Force taking over its 3D screens. Despite smaller weekend grosses than predecessor Ice Age: The Meltdown, it's accumulated a touch more in 26 days of release ($171.5 million), thanks to those bustling summer weekdays.

Down 41 percent, Transformers: Revenge of the Fallen held better than its predecessor in its fifth weekend. The robo-action spectacle notched $8.1 million, propelling its total to $379.2 million in 33 days. It surpassed Lord of the Rings: The Return of the King to become the tenth-highest grossing picture of all time and is about to overtake Star Wars: Episode III - Revenge of the Sith ($380.3 million) for ninth place. Adjusted for ticket price inflation, though, the Transformers sequel hasn't yet cracked the Top 80.

Yet again, The Hangover retained more of its previous weekend's business than any other nationwide release. Easing 21 percent, the ribald comedy made $6.5 million, lifting its tally to a whopping $247.1 million in 52 days. The Proposal seemed unphased by The Ugly Truth, dipping 23 percent to $6.4 million for a potent $140 million in 38 days. On the other hand, Bruno caved 66 percent to $2.8 million, and, with $56.6 million in 17 days, it could ultimately gross less than half of Borat's $128.5 million.

In limited release, (500) Days of Summer expanded to 85 sites (up 58 from last weekend) and claimed a solid $1.64 million. With $3 million in ten days, it's showing signs that it could top Sunshine Cleaning ($12.1 million) as the highest-grossing specialty release of the year so far, but it still has a long way to go to prove itself a mainstream success. Also faring well by 2009 specialty standards but not in the grand scheme of things, The Hurt Locker jumped to 238 locations (up 144) and generated $1.44 million, increasing its total to $4 million.