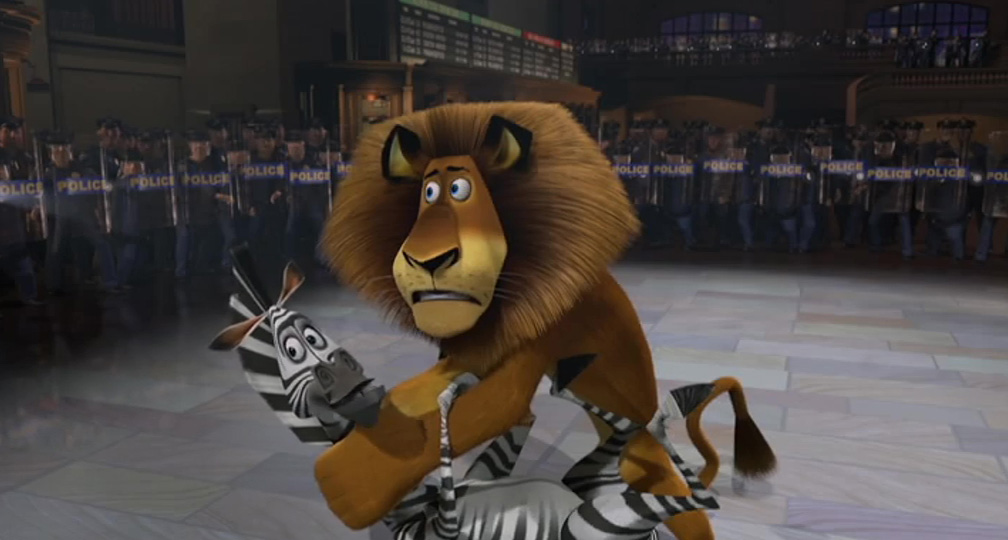 From Friday to Sunday, the top 12 pictures amassed $178.2 million, the third biggest weekend of all time in raw dollars. Only the $185.6 million of last year's Memorial weekend, when Shrek 2 and The Day After Tomorrow together grossed $141 million, and the $182.7 million of the following frame, when Harry Potter and the Prisoner of Azkaban opened, rank higher. Weak holdovers below the top three caused this weekend to fall short of the record, even though The Longest Yard and Madagascar posted the second and third highest non-No. 1 debuts of all time, behind The Day After Tomorrow.

Despite landing in third place, the most impressive returns came from The Longest Yard, which scored $47.6 million at 3,634 venues over the three-day frame. In the Adam Sandler and MTV Films canons, the $82 million remake of the 1974 football prison comedy ranks as the biggest opening, but, more importantly, it's the champ when it comes to sports-themed pictures. The genre is generally characterized by modest debuts, and the previous high was Sandler's last football foray, The Waterboy.

"Going into the weekend, I thought we would be $50 million to $60 million for the four days," distributor Paramount Pictures' head of distribution Wayne Lewellen told Box Office Mojo. The studio reported that 53 percent of the audience was under 25 years old and 52 percent was male, according to its exit polling. "I would have thought that it would be much more male than female," said Lewellen.

The 1974 Longest Yard, which starred Burt Reynolds, who appears in the remake, racked up $43 million in its day. Today, that would equal around $150 million adjusted for ticket price inflation. The remake was the rare football movie to open in the off-season, and the genre's most popular pictures have played opposite the real life sport, including The Waterboy, Remember the Titans, Any Given Sunday and the original Longest Yard.

Sandler's brand of humor—stupid and safe, silly and benevolent—has consistently appealed to moviegoers through the years, notching a $38 million opening weekend average for his comedies since his first blockbuster, The Waterboy, in 1998. The bone-crunching possibilities of football suit Sandler well—his angry and violent outbursts are considered among the funniest aspects of most of his movies. In The Waterboy, Sandler was the comedic centerpiece with his odd voice and squealing tackles, but The Longest Yard differentiated itself by making him more the straight man reacting to the wacky antics of others. It was also well timed as the first broad comedy in a while.

Many moviegoers took a trip to see the paranoid penguins, the loony lemurs and other anthropomorphized animals of the computer-animated Madagascar. DreamWorks Animation's latest pop-cultured, celebrity-voiced feature corralled $47.2 million over the three-day weekend, an average start for a major computer-animated feature. Typical for the studio, the picture played at an ultra-wide 4,131 theaters and was their third best opening after Shrek 2's $108 million and Shark Tale's $47.6 million. The studio said that 60 percent of the audience was families, the same figure they reported for Shark Tale and Shrek 2.

As big as Madagascar is, it's still no Finding Nemo or Shrek, which also had May starts. With more and more releases popping up, the novelty of computer animation has waned, and it takes more than a great release date, talking critters voiced by stars, spoofs and adult innuendo to hit these pictures past $200 million and attain lasting appeal. Genre pioneer Pixar has understood this since their Toy Story start, making tales with presumably universal appeal first, then bringing them vibrantly to life using technology. With Madagascar, Shark Tale and their ilk, computer animation is losing its event status.

Revenge of the Sith pulled in $55.2 million over the three-day weekend, down 49 percent from its $108.4 million opening frame. With a galactic $270.5 million after 12 days, George Lucas' digital epic already ranks as the 26th highest grossing picture of all time, it set new records for nine-day to 12-day grosses and is well ahead of predecessors Attack of the Clones and The Phantom Menace at the same point. However, Sith had a heftier second weekend drop than Clones' 40 percent and Phantom Menace's 21 percent. Though $400 million seems a stretch at this point, Sith should at least reach similar heights as The Lord of the Rings: The Return of the King and Spider-Man 2.

Meanwhile, Universal Pictures sneak previewed Cinderella Man at 761 theaters in 155 markets on Sunday. A sports picture based on a true Depression-era story like the studio's summer 2003 hit, Seabiscuit, the Ron Howard-directed drama starring Russell Crowe played to 90 percent capacity and 60 percent of the showings were sold out. The studio's exit polling indicated that the audience was 71 percent over 35 years old and 64 percent female, while 98 percent of those polled rated the picture—which opens at about 2,800 theaters on June 3—"excellent" or "very good" and 89 percent gave it a "definite recommend."

NOTE: This report was originally published on Monday, May 30 and was updated on Tuesday, May 31 with actual grosses.