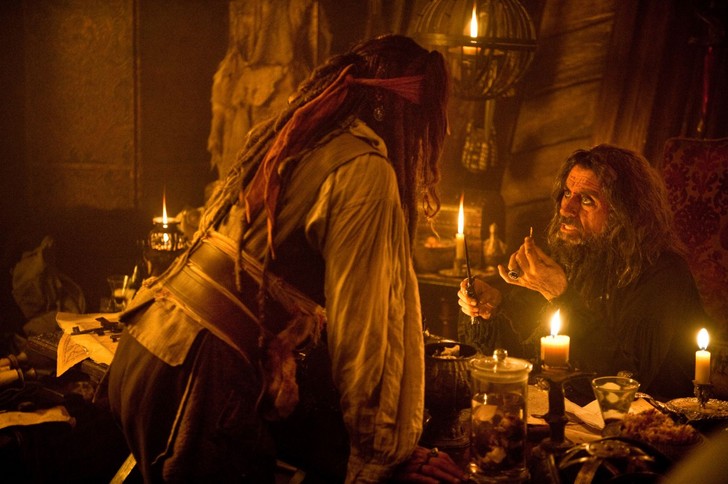 'Pirates' Already Making Waves Overseas
May 20, 2011 12:29 PDT - By Ray Subers - Box Office News
5/22 Update: Pirates of the Caribbean: On Stranger Tides may have faded domestically, but its overseas bounty was richer than ever. The movie earned an estimated $256.3 million in its international debut, topping Harry Potter and the Half-Blood Prince for highest-grossing weekend of all-time. The aggregated performance was up around 20 percent from Pirates of the Caribbean: At World's End, which ultimately finished its run with $654 million. On Stranger Tides's biggest territories were Russia ($28.6 million), China ($20 million), the United Kingdom ($19.5 million), Germany ($19.4 million) and Japan ($18.2 million). > Click here to read the full story.

5/20 Update: Pirates of the Caribbean: On Stranger Tides expanded in to the entire foreign market on Friday and added $46.2 million, up two percent from the last Pirates movie across the same territories. That figure did not include China, though, which should push the Friday earnings much higher. In three days, On Stranger Tides has earned $92.1 million overseas, already topping Thor's $89.2 million first weekend to become 2011's top foreign opening. Russia was easily the Pirates' highest-grossing territory so far with $15.6 million, followed by the United Kingdom ($8.5 million), France ($6.8 million) and Italy ($4.3 million).

5/19: While it's just now setting sail domestically, Pirates of the Caribbean: On Stranger Tides kicked off its foreign run on Wednesday. The movie earned $18.5 million from 10 markets on its first day, then added $25.7 million from 37 territories on Thursday. According to distributor Walt Disney Pictures, its $44.2 million two-day haul was up 10 percent from Pirates of the Caribbean: At World's End. That movie went on to have one of the highest-grossing overseas debuts ever with $216 million on its way to a massive $654 million total.

With $10.3 million in the bank already, Russia is Pirates's biggest territory so far. Its $5 million opening day tally beat The Twilight Saga: Eclipse to set a new opening day record there. It's also set to pass At World's End's $14 million opening weekend figure today, and it could ultimately make a run at topping Avatar's $19.7 million to become the top-grossing debut in Russian history.

On Stranger Tides also opened higher than its predecessor on Wednesday in the United Kingdom ($3.2 million), France ($3.1 million), Italy ($1.7 million) and Sweden ($1.3 million). Thursday opening day results are not yet available for Germany and South Korea.

On Stranger Tides is set to open in Japan, China, Mexico, Brazil, Spain, India and many more as part of its worldwide expansion today.

• Forecast: 'Pirates' Has Some Life Left in It