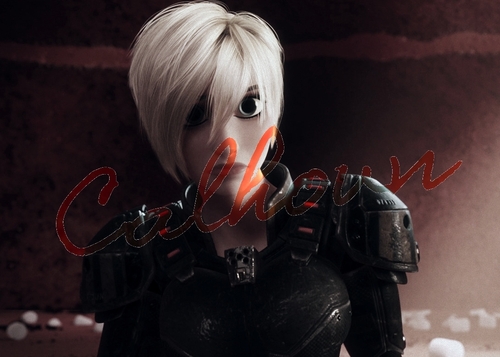 Weekend Report: 'Ralph' Wrecks It, 'Flight' Cruises
November 4, 2012 11:52 PST - By Ray Subers - Box Office News
The northeast is still reeling from the effects of Hurricane Sandy, though the storm's devastation didn't hurt the box office this weekend. In fact, thanks to impressive debuts from Wreck-It Ralph and Flight, the Top 12 was up 20 percent to $124.6 million.

Wreck-It Ralph easily took first place with $49.04 million, which is the highest opening weekend ever for a Disney Animation movie ahead of Tangled's $48.8 million (though that burnt off demand with a Wednesday debut). It was also up on 2005's Chicken Little ($40.1 million), albeit on slightly lower attendance. However, despite giving off a strong Pixar vibe (Toy Story for videogames, essentially), Ralph fell short of Pixar's $60 million standard, which reinforces just how strong that brand is in the world of animation.

Ralph's success simply boils down to the fact that it was broadly appealing in concept and execution. The idea of an 80s-era arcade villain seeking redemption, and the imagery that accompanied that, made the animated movie an easy nostalgia sell for parents who grew up in that time period. The movie reached children as well with its fun character designs and unique in-game worlds that appealed equally to boys ("Hero's Duty") and girls ("Sugar Rush").

The movie's audience skewed younger (57 percent under the age of 25) and male (55 percent), and they gave it a strong "A" CinemaScore. Considering the positive word-of-mouth and lack of competition over the next few weeks, Wreck-It Ralph could be on its way to as much as $200 million at the domestic box office.

While it had to settle for second place, Flight also had an exceptional opening this weekend. Director Robert Zemeckis's first live-action movie in 12 years opened to $24.9 million from just 1,884 locations, which translates to a $13,275 per-theater average. That's star Denzel Washington's fifth-highest debut ever, and it came in ahead of his recent thrillers The Taking of Pelham 1 2 3 ($23.4 million) and Unstoppable ($22.7 million).

Flight's initial success is a stark rebuttal to Hollywood's belief that in order to open a movie successfully, you need to get it in to as many theaters as possible (which often means over 3,000 locations). Flight was appealing enough to adult audiences that they sought it out at its 1,884 theaters; what this comes down to is if you have the goods, you don't need to force the movie in to every possible theater.

As is typical for an R-rated Denzel Washington movie, the audience was on the older side (89 percent were 25 years of age and up). Flight was awarded an "A-" CinemaScore, and add in awards buzz for Denzel's performance and there's a solid chance the movie gets close to $100 million before the end of its run.

In third place, Argo eased 16 percent to $10.2 million for a new total of $75.9 million. As of Saturday, it's pacing ahead of director/star Ben Affleck's The Town, and it's well on its way to blowing past that movie's $92.2 million total.

The Man with the Iron Fists debuted in fourth place with $7.9 million from 1,868 theaters. While that's about in line with what Universal Pictures was expecting, it's still on the lower end among comparable titles. The movie should do decent business overseas, at least, thanks to the stark visuals, kung fu action and presence of Russell Crowe, but it's still a domestic disappointment. The Man with the Iron Fists snagged a poor "C+" CinemaScore from an audience that was 64 percent male and 53 percent under the age of 30, and it should get crushed next weekend against direct competition from Skyfall.

Taken 2 rounded out the Top Five with $5.9 million, which is off a light 23 percent from last weekend. The action sequel has now made $125.6 million, and remains on pace to close a bit below its predecessor's $145 million.

Cloud Atlas fell 44 percent to $5.4 million in its second outing. Through 10 days, the sci-fi epic has tallied just $18.4 million, and it's going to have a tough time getting past $30 million by the end of its run.