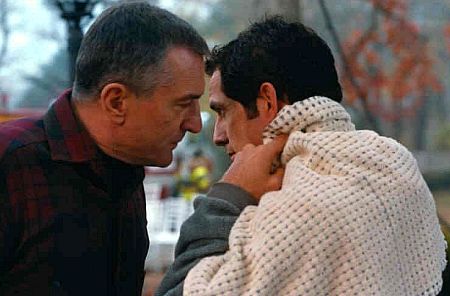 Studio Description: The Focker and the Byrnes families brace themselves for the arrival of a baby.

Analysis: In the fall of 2000, Meet the Parents became a surprise smash, grossing over $160 million. Four years later, the sequel, Meet the Fockers, managed to significantly outgross the original, bringing in nearly $280 million, good for second highest-grossing comedy of all-time behind Home Alone. A second sequel was inevitable, and, after six years, audiences are finally getting one when Little Fockers is released Dec. 22.

The first two movies focused on the relatable and awkward situations inherent in meeting prospective in-laws. While little is known about the plot of the new picture, it appears to be geared more towards the relationship between children, parents and grandparents, as the Focker children will play a significant role. Straying from the successful formula of the first two may be a breath of fresh air for audiences who found Meet the Fockers to be a disappointment, while others may be put off by this approach (Box Office Mojo users gave a "B" grade to both Meet the Parents and Meet the Fockers).

Working in Little Fockers' favor is the rising box office pull of Ben Stiller. Since Meet the Fockers, he has mostly starred in hits, headlining two Night at the Museum movies, providing voice work in two Madagascar movies and directing and starring in the R-rated hit Tropic Thunder (The Heartbreak Kid was his only miss among lead roles). Stiller's strong comedy brand, combined with further support from Robert DeNiro, Dustin Hoffman and Barbra Streisand and the franchise's strong recognition should result in a sizable audience. Whether it can match or surpass the popularity of its predecessors remains to be seen.

• 'Night at the Museum,' 'Terminator' Dominate