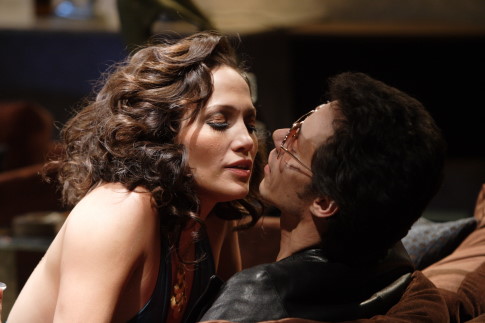 Bankability Breakdown: Jennifer Lopez
April 22, 2010 14:42 PDT - By Brandon Gray - Box Office News
This weekend marks the return of Jennifer Lopez to mainstream movies after a five-year hiatus. For a stretch that lasted from the late 1990s on through 2005, Ms. Lopez was arguably one of the most bankable actresses. That may sound strange today in light of her last theatrical release, El Cantante, making just $7.6 million in 2007, while another movie, Bordertown, went straight-to-video (not to mention the waning record sales of her music career). Perhaps contributing to a negative perception of her prior drawing power is the fact that she never starred in an intended blockbuster and none of her movies grossed more than $100 million (though three did adjusted for ticket price inflation).

Following supporting work in pictures like My Family and Money Train, Jennifer Lopez broke out into leading roles in 1997 with back-to-back hits Selena and Anaconda. Music biography Selena racked up $35.3 million or the equivalent of around $60 million adjusted for ticket price inflation, while creature feature Anaconda slithered to $65.9 million or around $110 million adjusted.

Her next two movies were with esteemed directors: Oliver Stone's U-Turn, which was a bust ($6.7 million), and Steven Soderbergh's Out of Sight. The latter, a romantic crime comedy opposite George Clooney, was her most hyped release yet, but sparks didn't fly at the box office. It debuted to $12 million in the summer of 1998 but faded relatively quickly, mustering $37.6 million by the end of its run (though that was comparable to over $60 million today).

Thrillers Angel Eyes ($24.2 million) and Enough ($40 million) followed but were slight steps backward, and, at the end of 2002, Ms. Lopez starred in the highest-grossing movie of her career: Maid in Manhattan. The romantic comedy opened to $18.7 million (around $25 million adjusted) and went on to make $94 million (or the equivalent of over $120 million adjusted).

Her very next role, though, would be the nadir of her career. She strayed from her formula and revisited Out of Sight's tough-sell romantic crime comedy sub-genre with Gigli, a movie that was also overshadowed by her ubiquitous relationship with co-star Ben Affleck. This resulted in a catastrophic failure, grossing just $6.1 million in its entire brief run in 2003.

Ms. Lopez did rebound with Shall We Dance ($57.9 million) in 2004 and her last major release, Monster-in-Law in 2005. Monster-in-Law's marketing played up her Gigli-and-tabloid tarnished image to shrewd effect, and the movie opened to $23.1 million ($28 million adjusted) and closed out with $82.9 million (or the equivalent of around $100 million adjusted).

All told, the movies that Jennifer Lopez has appeared in have grossed $720 million or the equivalent of over $1 billion adjusted for ticket price inflation. With The Back-Up Plan, she's back in her comfort genre, so the picture may prove a good measure of her current bankability.

• 'Monster-in-Law' Claws to the Top