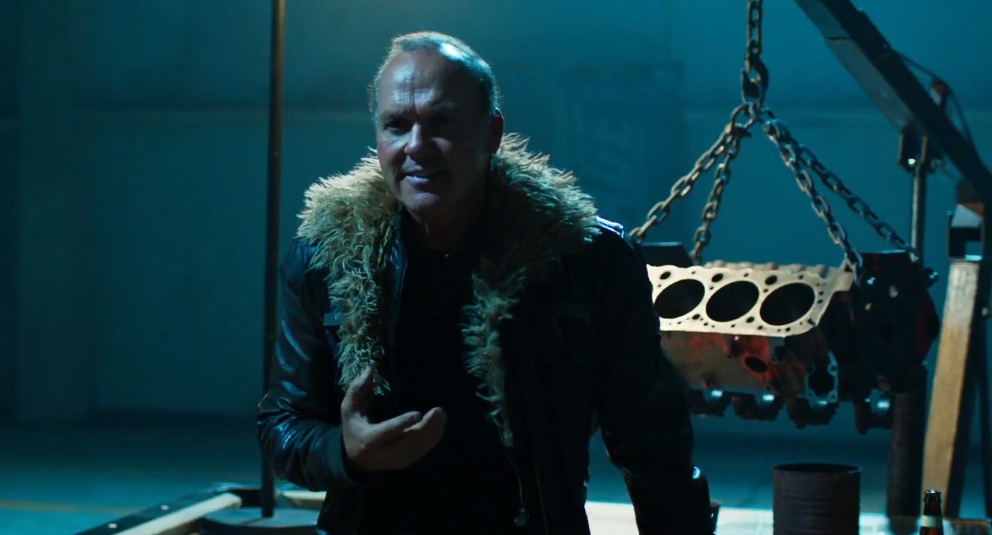 'Spider-Man: Homecoming' Snags $117M Opening Domestically, Over $250M Worldwide
July 9, 2017 16:31 PDT - By Brad Brevet - Box Office News
Sony's Spider-Man: Homecoming fell just a bit shy of the $120 million mark it was looking like it would hit after Friday estimates, but nevertheless the webslinger still delivered a stellar opening, delivering the third largest opening weekend of the year so far. Additionally, Lionsgate and Amazon's The Big Sick delivered strong numbers in its moderate expansion ahead of next weekend's wide release.

Playing in 4,348 theaters, Sony's Spider-Man: Homecoming finished #1 at the box office with an estimated $117 million. The opening currently stands as the second largest opening ever for a Spider-Man feature (not adjusted for inflation), narrowly edging out Sam Raimi's 2002 original. Also, without adjusting for inflation, this is the largest opening for a single character intro into the Marvel Cinematic Universe, topping the $98.6 million brought in by Iron Man back in 2008.

Spider-Man's opening is the third largest of the year, finishing between the $146.5 million opening for Guardians of the Galaxy Vol. 2 and Wonder Woman's $103.2 million debut. Of those films Guardians topped $385 million this weekend and after this weekend it looks inevitable Wonder Woman will pass Guardians over the coming weeks, all virtually guaranteeing Spider-Man is also looking at an incredibly strong domestic run.

GET MORE: Track how Spider-Man: Homecoming compares to the two other Summer 2017 superhero features, Wonder Woman and Guardians of the Galaxy Vol. 2

Internationally, Spider-Man debuted in approximately 60% of the overseas marketplace, delivering an estimated $140 million from 56 total markets and a global opening totaling $257 million. Highlights include a $25.8 million five-day opening in South Korea, a $12 million opening in Mexico, an $11.8 million five-day take in the UK, $9.1 million in Brazil, $7.8m in Russia, Australia saw a $7.6 million opening, India saw a $6.5 million debut and Italy delivered $3.1 million. Upcoming markets include openings in France, Germany, Spain, Japan and China.

Second place belongs to Universal and Illumination's Despicable Me 3, which finished with an estimated $34 million bringing its domestic cume just shy of $150 million. Internationally the animated feature continued to deliver, bringing in an estimated $139 million from 60 markets for an overseas cume nearing $300 million and a worldwide total just shy of $450 million. Among the international highlights, Despicable Me 3 brought in $66 million from China this weekend, setting records of the largest opening day for an animated movie in the market. Additional notable openings include France ($9.1m) and Germany ($8.5m).

Sony and Tristar's Baby Driver pulled into third in its second weekend, finishing with an estimated $12.75 million, a 38% drop as its domestic cume now stands at $56.9 million.

Warner's Wonder Woman continues its impressive run, delivering an estimated $10.1 million as its domestic cume is now just shy of $370 million, making it the tenth largest superhero release domestically of all-time. Internationally it added an estimated $6.8 million to its total for a global tally topping $745 million.

Paramount's Transformers: The Last Knight rounds out the top five, dropping a hefty 60% in its third weekend and delivering an estimated $6.3 million as its domestic cume is now just shy of $120 million. Internationally it added an estimated $18.1 million from 47 markets for an international cume totaling $375.7 million and a global tally just short of $495 million.

Outside the top five, Lionsgate's release of the Amazon Studios feature The Big Sick did big things as it delivered an estimated $3.65 million from just 326 theaters (+255) for a cume just shy of $7 million. That's a $11,200 per theater average and the film will be expanding wide next weekend. Commenting on the film's performance, Bob Berney, Head of Marketing & Distribution for Amazon Studios. said, "This weekend's performance demonstrates the robust marketplace for independent films as an alternative to the summer blockbusters. Audiences are loving meeting Kumail [Nanjiani] and Zoe [Kazan] and their crazy families in this movie, finding a universal connection no matter where they are from."

Additionally, Focus Features expanded the release of Sofia Coppola's The Beguiled into 941 theaters (+267) and while the film didn't deliver on our expectations, it still brought in an estimated $2.08 million, dropping 34% as its domestic cume now stands at $7.4 million.

Outside the top ten, A24's release of A Ghost Story debuted in four theaters in New York and LA and brought in an estimated $108,067 ($27,017 PTA). The film will expand further next weekend and continue its to broaden its reach throughout the summer months.

IFC's release of Amazon's City of Ghosts debuted in two locations and brought in an estimated $16,240 ($8,120 PTA). The documentary will expand next weekend and reach the top 25 markets throughout July.

Next weekend will see even more competition added to the field as Fox releases War for the Planet of the Apes into ~3,800 theaters along with a lot of strong word of mouth, currently holding at a 78 score on Metacritic. Additionally, Broad Green will release the horror film Wish Upon, Roadside will debut Lady Macbeth and, as already mentioned, Lionsgate and Amazon's The Big Sick will be going wide.