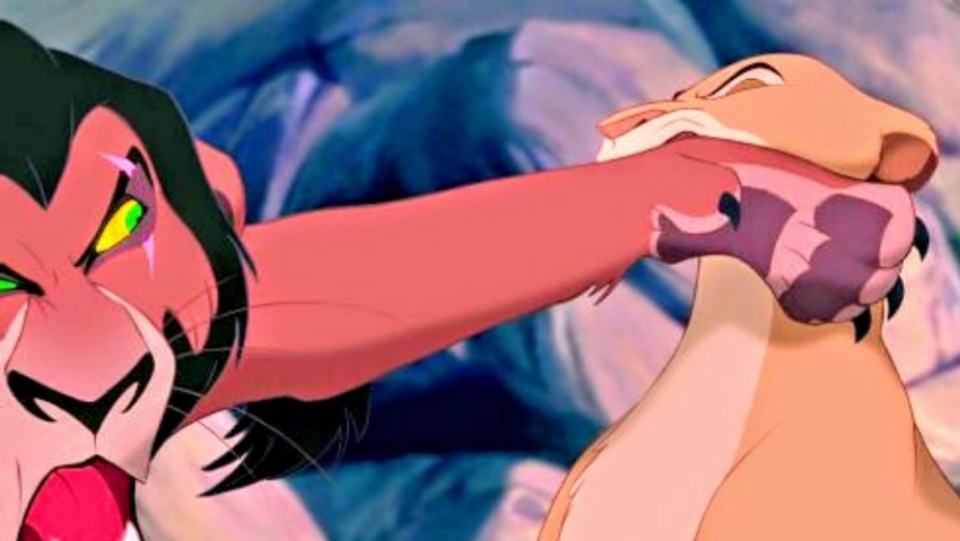 Weekend Report: 'Lion King' Reclaims Box Office Crown
September 19, 2011 8:23 PDT - By Ray Subers - Box Office News
All three genuinely new releases combined to make less than the 3D re-release of The Lion King this weekend, reaffirming the Disney animated classic's continued popularity a whole 17 years after its initial run. Drive fared best among the other openers, though its debut was unremarkable, while Straw Dogs and I Don't Know How She Does It failed to generate any interest.

The first re-release to debut on top of the charts since Star Wars: Episode VI - Return of the Jedi back in March 1997, The Lion King earned $30.15 million from 2,330 locations, which is the fourth-highest September opening ever. It also grossed over twice as much as the Toy Story/Toy Story 2 3D re-release earned in October 2009. Including its record-breaking run in 1994 and an IMAX re-release in 2002, The Lion King has now earned a total of $358.6 million, and this weekend alone leapt from 25th to 17th on the all-time domestic chart. Distributor Walt Disney Pictures reported that the audience was 59 percent under 25 years old and 56 percent female, and 3D presentations accounted for 92 percent of the gross.

On the surface, The Lion King's success seems surprising given the declining interest families have shown towards 3D lately and the fact that the Blu-ray is set for release just a few weeks from now. That's failing to take in to account the incredible popularity of The Lion King, though: between its original 1994 release and its 2002 IMAX re-release, the movie was the highest-grossing hand-drawn animated movie of all-time with $328.5 million, or the equivalent of over $600 million adjusted for ticket price inflation. While it's possible to view this weekend as a positive one for 3D, it's a mistake to expect that all major 3D re-releases will receive equally warm receptions.

Last weekend's winner Contagion declined a light 35 percent to $14.55 million, which brought its 10-day total to $44.3 million. That drop is about in line with last September's The Town, which indicates that Contagion should be headed for a final tally around $80 million.

Drive shifted in to third place with $11.3 million from 2,886 locations. That's ahead of similar R-rated thrillers like Eastern Promises ($5.7 million) and Shoot 'Em Up ($5.7 million), but a bit behind 2007's The Brave One ($13.5 million). According to Bob Berney, FilmDistrict's President of Theatrical Distribution, the audience was primarily young male, though there was also a mix of older arthouse and genre fans. The movie received a harsh "C-" CinemaScore, though that's not entirely surprising for an ultra-violent arthouse movie.

Drive has received endless amounts of Internet hype since its very well-received debut at the Cannes Film Festival in May (Nicholas Winding Refn took home the Best Director prize). That kind of buzz can have an effect in major cities like Los Angeles and New York, but as this weekend showed it's tough to translate to mainstream audiences. Also, while Ryan Gosling is all the rage in Hollywood right now, his top opening ever was 2004's The Notebookwith just $13.5 million (that excludes Crazy, Stupid, Love., which was billed as a Steve Carell-led ensemble rom-com). Considering Drive's genre and lukewarm word-of-mouth, it's unlikely it holds on very well in coming weeks.

The Help continued its remarkable run by easing 27 percent to $6.5 million. Through nearly six weeks in theaters, the period drama has earned $147.4 million.

Straw Dogs opened in fifth place with a paltry $5.1 million from 2,408 theaters. That's a fraction of comparable movies like Lakeview Terrace ($15 million) and The Last House on the Left ($14 million). According to distributor Sony/Screen Gems, the audience was 51 percent female and 54 percent over the age of 25.

Considering it's a remake of a somewhat obscure movie from 40 years ago, Straw Dogs faced an uphill battle from its inception. It wasn't helped much by an underwhelming marketing campaign that focused on the climactic home invasion without providing audiences any reason to care about or root for James Marsden and Kate Bosworth's characters. This marks 2011's third disappointing remake following Arthur ($33 million) and Don't Be Afraid of the Dark ($22.7 million and counting), and next month sees the release of three more (Footloose, The Three Musketeers and The Thing, which appears to function as a prequel and a remake).

I Don't Know How She Does It was the biggest loser this weekend, as it barely registered with $4.4 million. Its opening was less than Sarah Jessica Parker's 2009 bomb Did You Hear About the Morgans? ($6.6 million), and also just over half of last September's You Again ($8.4 million). Distributor The Weinstein Company indicated that the audience was 80 percent female, and the movie received a "B-" CinemaScore.

I Don't Know How She Does It was another example of muddled marketing. The trailer and initial posters focused on Parker's character, but recent commercials portrayed it as an ensemble comedy by prominently featuring TV actresses Olivia Munn and Christina Hendricks. Its biggest problem, though, was its unpleasant premise: why would women want to pay to watch someone else struggle to balance work and family when they're busy doing that on a daily basis?

While many fans held out hope that it would have strong legs, mixed martial arts drama Warrior collapsed 45 percent to $2.86 million in its second round. Through two weekends, the Lionsgate release has tallied just over $10 million.