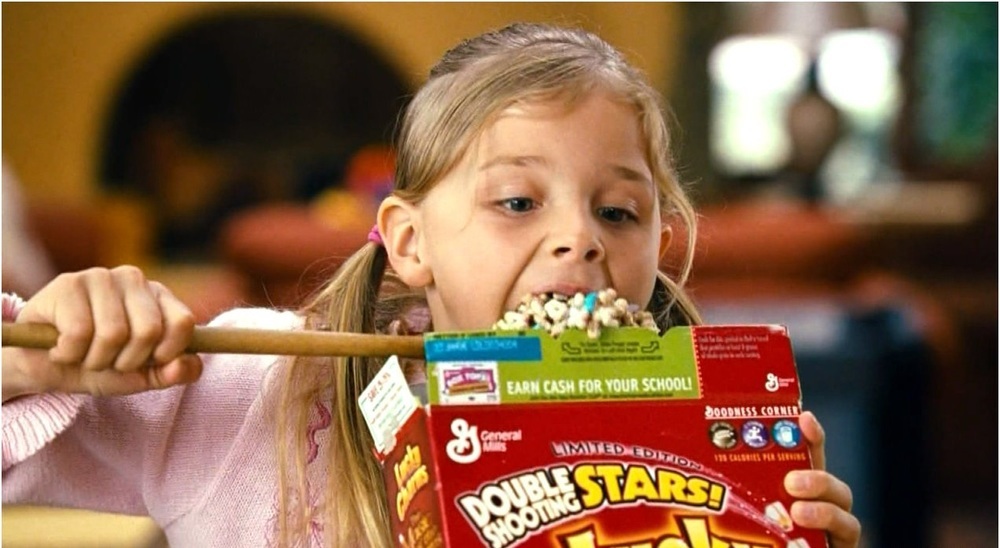 Big Momma's House 2 brought in a hefty $27.7 million at 3,261 venues, exceeding distributor 20th Century Fox's expectations by a wide margin. The $40 million action comedy sequel found actor Martin Lawrence, who has struggled at the box office this decade, reprising his fat-suit-wearing, cross-dressing role that led to his biggest solo success.

The first Big Momma's House cooked up $25.7 million at 2,802 theaters on its opening weekend five and a half years ago, which would equal around $31 million today, adjusted for ticket price inflation. It went on to gross $117.6 million (or around $140 million adjusted).

Fox's opening day exit polling indicated that 67 percent of the audience was female, 52 percent was over 25 years old, and 54 percent was black. What those numbers don't indicate is the picture's family appeal—Saturday matinees jumped 150 percent over Friday, suggesting kids were in the fold as well.

Once audiences get a comedy's joke the first time, they often don't return for the sequel, resulting in a fraction of the original's gross. Recent comedy sequel casualties include Cheaper by the Dozen 2, Deuce Bigalow: Eurpoean Gigolo and Miss Congeniality 2: Armed and Fabulous.

Fat suit comedy, like Big Momma's House 2, seems to be immune—it's a consistent draw, from Mrs. Doubtfire to The Nutty Professor to Shallow Hal to last year's Diary of a Mad Black Woman, which served up a similar character to Big Momma and has a sequel, Madea's Family Reunion, due Feb. 24. Big Momma's House 2 didn't stray from the formula, offering up more of the same laughs that ranged from the sight of an obese granny kicking butt to a randy granny ogling women.

Featuring Emma Thompson uglified by a bulbous nose and warts, Nanny McPhee spooned out a sweet $14.5 million from 1,995 theaters. Universal Pictures' $25 million family comedy was already a hit overseas, particularly in its native United Kingdom, where it made over $29 million.

"The opening was better than expectations," said Universal's head of distribution, Nikki Rocco. "You never know with a family film. I think family films perform well in this marketplace. And that's our strategy with our next one, Curious George [opening Feb. 10 at over 2,500 theaters]."

According to Universal's audience research, Nanny McPhee's most represented demographics were children age 12 and younger (40 percent) and adults 35 and older (42 percent). The top reasons moviegoers checked off for seeing the picture were the "story," the "humor" and that it was a "family movie."

The weekend's other new wide release, Annapolis, mustered an uninspired $7.7 million from 1,605 sites. With a resemblance to An Officer and a Gentleman and Top Gun among others, the military boxing drama promised to explore the famed Naval academy of the title in word, but the marketing boiled down to a vague battle of wills between actors James Franco and Tyrese Gibson in deed.

Among holdovers, last weekend's No. 1, Underworld: Evolution, dove 58 percent to $11.4 million, raising the action horror's total to $44.6 million in 10 days. While steep, the drop was in line with the first Underworld and typical of the genre.

On the specialized front, Bubble was a bust, making $70,664 at 32 locations for a paltry per site average of $2,208. Dubbed "Another Steven Soderbergh Experience," the $1.6 million crime drama was promoted more for its release strategy than the actual movie itself—a confounding trailer consisted solely of shots of doll parts in a factory.

All told, Magnolia claimed an estimated $5 million in revenue from all sources for the weekend, the majority of which coming from DVDs shipped to retailers and not actual sales to consumers. Magnolia president Eamonn Bowles said that DVD orders were four to five times greater than the norm for an experimental art picture.

"Although we would have liked more theatrical performance, the overall revenue numbers were outstanding," said Bowles, likening Bubble's appeal to past low-grossing offbeat movies Gerry and Last Days. For a micro-budget movie with limited commercial potential, Bowles also pointed to "the accelerated timetable for getting our money back" as a benefit of the release strategy.

Magnolia's optimism aside, Bubble's box office points out how a simultaneous release on television and DVD effectively eliminates the theatrical window of revenue—people are more apt to choose the most convenient formats, which are TV and DVD—and, hence, reduces the overall revenue pie.

NOTE: This report was originally written on Sunday, Jan. 29 and was revised on Monday, Jan. 30 with actual grosses.