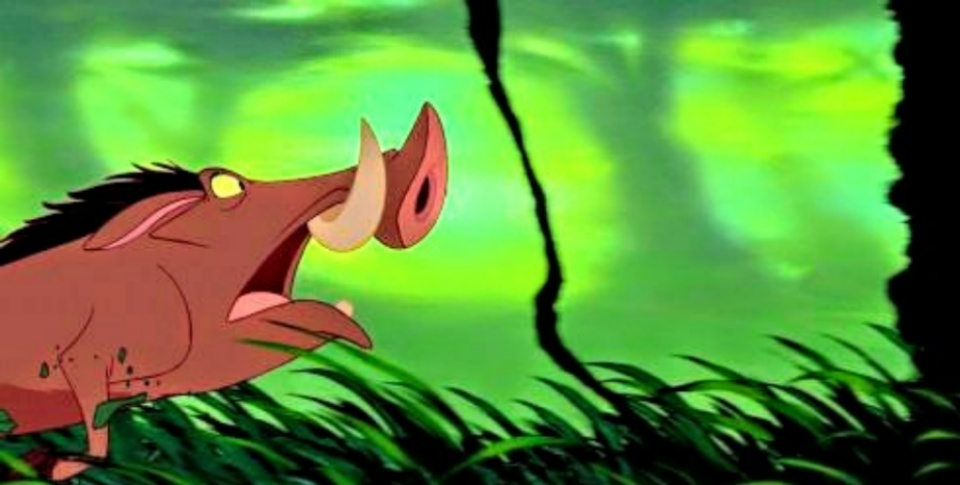 Weekend Report: 'Lion' Remains 'King,' 'Moneyball,' 'Dolphin Tale' Go Extra Innings
September 26, 2011 10:44 PDT - By Ray Subers - Box Office News
Four newcomers weren't quite strong enough to unseat The Lion King (in 3D), which held the top spot for the second weekend in a row. Moneyball and Dolphin Tale had strong starts but were each massively overestimated on Sunday (over 5 percent for each movie), while Abduction and Killer Elite both underperformed. Overall, the weekend box office tallied at least $117 million, which makes it the highest-grossing September weekend ever.

The Lion King was off a light 27 percent to $21.9 million, bringing the re-release's 10-day total to $61.5 million. When added to previous Lion Kinggrosses, the movie has now made a whopping $390 million, which is good for 12th place on the all-time domestic chart. Many theaters are opting to continue to play the movie past the initial two-week engagement, and therefore it's now guaranteed to top $400 million and enter the all-time Top 10.

After winning on Friday, Moneyball had to settle for second place for the weekend with $19.5 million from 2,993 locations. It wound up having the second-best start ever for a baseball movie behind The Benchwarmers ($19.7 million), and it also ranked seventh all-time among sports dramas. While the opening is on the low end for a Brad Pitt movie, it was slightly above September 2008's Burn After Reading ($19.1 million). Finally, the movie was up a tad from Wall Street: Money Never Sleeps ($19 million) but down from The Social Network ($22.45 million). Sony/Columbia is reporting that 51 percent of the audience was male and 64 percent were over the age of 35, and it received an "A" CinemaScore.

While Moneyball's primary draw was probably Brad Pitt, it had a lot of other things going for it as well. Beginning with its debut at the Toronto International Film Festival a few weeks ago, the movie has received nearly unanimous rave reviews, which surely helped a bit with the older audience that showed up for the movie. Its ubiquitous and straightforward marketing positioned the movie as a character-focused underdog story that happened to be set in the world of baseball, and that probably went a long way towards the movie setting the new baseball opening weekend record. With strong word-of-mouth, Moneyball should hang on well in the coming weeks, though it would take a miracle to reach The Social Network's $97 million.

Dolphin Tale wasn't too far behind with $19.15 million. The debut is way up from April's Soul Surfer and also an improvement on Hotel for Dogs ($17 million). Estimates had it pegged to top Eight Below ($20.19 million) for the best opening ever for a live-action animal-centric family movie, though it fell to second when actuals reported. Distributor Warner Bros. is reporting that the audience was 66 percent female and 51 percent under the age of 25, and that crowd awarded the movie a rare "A+" CinemaScore. An estimated 50 percent of the grosses came from 3D presentations at around 2,700 locations.

Dolphin Tale's strong opening is a bit of a surprise, considering family audiences still turned out in droves this weekend for The Lion King. The two are definitely different movies, though, and Dolphin Tale filled a void for inspirational family fare. The movie's marketing emphasized that it was from the producers of The Blind Side, and while Dolphin Tale didn't come close to that movie's $35.1 million opening, it was still very respectable in its own right. Considering the genre and the very warm audience reception, Dolphin Tale is poised to hold on well in coming weeks.

It appears like Taylor Lautner is the latest Twilight star to appear in a dissapointing movie outside of the franchise: Abduction opened to a weak $10.9 million from 3,118 locations. That's less than half of Eagle Eye's $29.2 million opening from three years ago, and also off from fellow Twilight star Robert Pattinson's Water for Elephants ($16.8 million). The audience breakdown was 68 percent female and 56 percent under the age of 25, and the movie received a "B-" CinemaScore (though that improves to an "A-" rating among females under 18).

While it makes a nice headline to claim that Abduction proves Lautner isn't much of a draw, the statistics actually suggest the opposite to a degree. For an action-packed on-the-run thriller to skewer 68 percent female on opening weekend is very odd, and that imbalance can likely be attributed to Lautner's presence. The big question, then, is why male audiences didn't show much interest. The answer is probably rooted in the movie itself—the action looked pedestrian and the story came off as ludicrous in the trailers and non-existent in commercials. Also, while critics don't really have a big impact on movies like this, an atrocious 3 percent fresh rating on Rotten Tomatoes definitely didn't do it any favors.

Killer Elite wound up in last place among the newcomers with $9.35 million. That's on the low end for recent Jason Statham movies, with The Mechanic ($11.4 million), Transporter 3 ($12.1 million) and Death Race ($12.6 million) all coming in ahead. Demographic information is not available, but the movie did earn a "B" CinemaScore.

Trailers and commercials for Killer Elite were action-packed, prominently featured the Scorpions' 1984 song "Rock You Like a Hurricane," and listed Statham, Clive Owen and Robert DeNiro as stars. All of that made the movie come off like a second-rate version of The Expendables, and surely first time distributor Open Road Films would have been thrilled with even half of that movie's $34.8 million opening. In reality, though, Killer Elite was Statham's show all along, and therefore never really had a chance of making it out of the low-teens. Had the movie been released on a more hospitable weekend (one without Abduction siphoning off some action junkies and Moneyball monopolizing adult males), it probably would have would up closer to The Mechanic's $11.4 million start.

Drive declined 49 percent to $5.8 million, which is a reasonable hold considering the movie's genre and "C-" CinemaScore. Through 10 days, the Ryan Gosling thriller has earned $21.4 million.

The Help extended its impressive run by easing 33 percent to $4.4 million. It has now earned a huge $154.4 million.