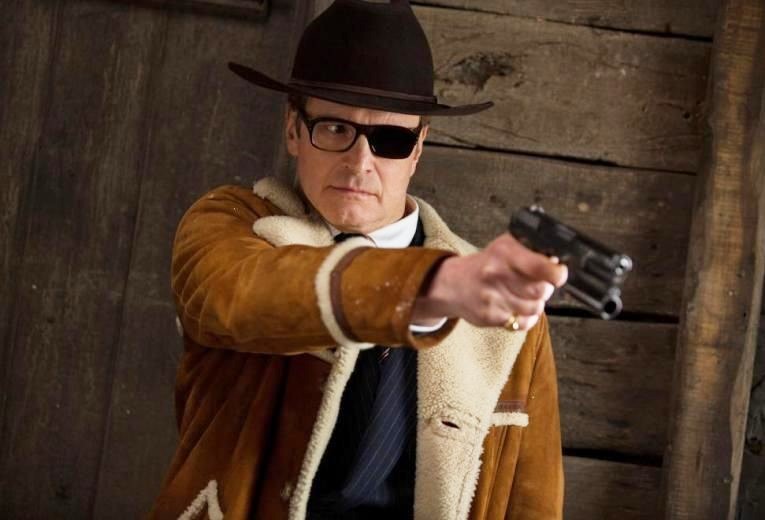 'Kingsman' and 'LEGO Ninjago' Ready to Add to September's Record Pace
September 21, 2017 21:13 PDT - By Brad Brevet - Box Office News
SATURDAY AM UPDATE: The weekend's new releases aren't performing as expected. While Fox's Kingsman: The Golden Circle will take the top spot it will be touch and go to see if it can hit the $40 million mark after an estimated $15.3 million Friday. Right now it looks as if it's heading toward a three-day opening anywhere from $38-40 million. The film received a "B+" CinemaScore from opening day audiences.

WB's The LEGO Ninjago Movie is even further off Mojo's forecast, delivering an estimated $5.8 million on Friday, heading toward a three-day around $21 million. Ninjago received a "B+" CinemaScore from opening day audiences.

Next up, it looks as if Entertainment Studios' Friend Request will not only miss the $8-10 million mark the studio was anticipating heading into the weekend, it looks as if it will fall well short of Mojo's modest, $3.5 million forecast after an estimated $750k on Friday, heading toward an opening that might not reach $2.5 million. The film received a "C+" CinemaScore from opening day audiences.

Finally, Roadside's release of Stronger brought in an estimated $520k on Friday from 574 theaters, looking at a three-day weekend around $1.6 million.

FRIDAY AM UPDATE: Kingsman: The Golden Circle kicked off its opening with $3.4 million from Thursday evening previews in ~3,100 locations beginning at 7PM. This is a very strong start for the film as it outperforms the first Kingsman's previews by $2 million prior to its $36.2 million debut. This is also the second largest Thursday preview performance behind only It's $13.5 million two weeks ago and ahead of the $1.75 million for The Magnificent Seven and $1.5 million for The Equalizer prior to those two films opening with $34.7 million and $34.1 million respectively.

Friend Request played in ~1,500 locations, taking in $110,000 from previews beginning at 7PM. This is $10k less than Incarnate brought in from Thursday previews before opening with $2.5 million last December.

The LEGO Ninjago Movie did not hold preview screenings.

WEEKEND PREVIEW: September 2017 is currently pacing 15.6% ahead of 2016 with a calendar gross of $467.3 million, putting the month on a record pace, $48 million ahead of where 2015 was at the same time period before delivering $626.4 million, the largest September calendar gross ever. Almost half of September's total at this point is thanks to Warner Bros. and New Line's It, which is looking to do strong numbers again this weekend, but will fall from its #1 perch after two straight weeks on top.

Debuting in wide release this weekend is Fox's Kingsman: The Golden Circle and it should have enough juice to take the weekend top spot while Warner Animation Group's The LEGO Ninjago Movie is looking to finish in the runner-up position. Entertainment Studios' is going social with the R-rated horror Friend Request debuting in just over 2,500 theaters and likely to finish in the top five (albeit with minimal returns) while Roadside Attractions is aiming for a spot in the top ten, releasing the recent Toronto Film Festival stand out Stronger starring Jake Gyllenhaal into just under 600 locations.

Fox's release of Kingsman: The Golden Circle is expected to top the weekend box office and should do so in high fashion. Debuting in 4,003 theaters, the sequel to 2015's highly successful Kingsman, which opened with $36.2 million and went on to gross $128.2 million domestically and over $414 million worldwide, should be able to open with anywhere from $42-48 million with a chance at topping $50 million.

One comparison we've been working with is to look at the $36.3 million opening for 21 Jump Street vs. the $57 million opening for 22 Jump Street. Looking at IMDb page view data leading up to release, the Kingsman sequel is pacing a bit behind 22 Jump Street, though keeping good stride, while also pacing a little behind the first Kingsman, which is to be expected. Taking these comparisons into account, while it wouldn't be surprising to see Kingsman 2 pop as high as $50 million, a debut closer to $45 million seems a more appropriate forecast at this point.

In second is where we expect to find The LEGO Ninjago Movie, the third film in the LEGO franchise, and likely to be the smallest opening of the lot, though that's not the least bit surprising. Whereas The LEGO Movie was an animated feature with a wide target demographic, The LEGO Batman Movie narrowed that audience a bit and Ninjago is probably the most male-centric of the three films.

The trend from one film to another can also be seen when looking at IMDb page view data, which shows LEGO Movie ahead of LEGO Batman leading up to release and the opening grosses going from LEGO's $69 million opening in February 2014, to LEGO Batman's $53 million debut. With Ninjago pacing well behind LEGO Batman at the same point in the release cycle, not to mention the Metacritic scores for the films following a similar trend—83 for LEGO, 75 for LEGO Batman and 54 for Ninjago—we're anticipating an opening around $30-35 million.

Warner Bros. should also find themselves in third position with It, which is currently just $500,000 short of topping The Exorcist and becoming the highest grossing R-rated horror of all-time (not adjusted for inflation). This weekend the Stephen King adaptation is likely to fall around 46% or so as it loses only 141 theaters and should pull in around $32 million or so for a domestic cume topping $265 million.

Lionsgate and CBS's American Assassin pulls into fourth, looking to deliver a second weekend around $7.5-8 million as it nears $30 million domestically.

Rounding out the top five will be the weekend's third new wide release, Friend Request from Entertainment Studios, which delivered solid numbers with the release of 47 Meters Down earlier this year, but this R-rated social media thriller doesn't appear as if it will have the same success. While studio expectations are for an opening anywhere from $8-10 million, IMDb page view data not only shows Friend Request pacing significantly behind 47 Meters Down leading up to release, but also well behind films such as The Last Exorcism II ($7.7m opening), You're Next ($7m opening), It Comes at Night ($5.9m opening) and, of course, very far behind 2015's release of Unfriended ($15.8m). These comparisons make it really hard to forecast an opening as high as $8-10 million. In fact, a forecast even half that high is difficult as we're currently anticipating an opening around $3.5 million, which should still be enough for a fifth place finish.

Just outside the top five we're looking at Paramount's mother!, which had a love/hate relationship with its opening weekend audience, delivering a disappointing $7.5 million debut and receiving an "F" CinemaScore from opening day audiences, a grade that typically doesn't bode well for a film's future prospects. Our target comparison is 2009's The Box, which also opened with $7.5 million and received an "F" CinemaScore. The film dropped 58.3% in its second weekend and we're going to go just a tad higher, anticipating a 60% dip and a $3 million sophomore weekend.

Down a couple spots we come to Roadside's release of Stronger. Directed by David Gordon Green the film tells the story of Jeff Bauman (Jake Gyllenhaal) who lost his legs in the 2013 Boston Marathon bombing. The film debuted at the Toronto Film Festival where it garnered strong reviews and currently holds a 73 rating on Metacritic. Roadside will be releasing the film into 574 theaters this weekend where we expect a debut around $2 million, enough for a spot in the top ten.

One title we'll be keeping a close eye on is Annapurna's Brad's Status. The film from Amazon Studios is expanding this weekend into 453 locations after opening with $89,921 last weekend from four theaters. It's always difficult to forecast how these expansions will turn out, but with some of the signals we're seeing in IMDb page views lead us to believe this one has a solid shot at eking its way into the top ten, finishing around $1.4 million for the weekend.

In limited release, Fox Searchlight will be releasing The Battle of the Sexes starring Emma Stone and Steve Carell into 20 theaters; Focus will be opening Victoria and Abdul into four theaters; and A24's Woodshock finds its way into three locations.