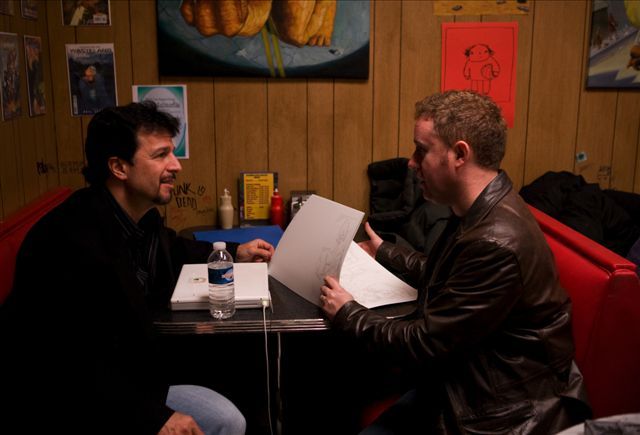 Fox describes X-Men: First Class as the beginning of the X-Men saga, following Charles Xavier and Erik Lensherr before they became Professor X and Magneto, respectively. The story sees Xavier and Lensherr working together with other mutants to fight off a great threat. During this battle, the two mutants grow apart, ultimately resulting in the war between Magneto's Brotherhood and Professor X's X-Men.

X-Men: First Class is the fifth entry in the X-Men series and second prequel, following last summer's X-Men Origins: Wolverine, which opened to $85.1 million and ultimately closed with just under $180 million. The X-Men series began in 2000 with X-Men, which grossed $157.3 million. X2: X-Men United made $214.9 million three years later, with 2006's X-Men: The Last Stand completing the initial trilogy with $234.4 million (the highest grossing entry in the series). Worldwide, the series has made over $1.5 billion.

Vaughn's Kick-Ass opened to $19.8 million last month and has made $42.7 million in 18 days. Vaughn, who previously directed Layer Cake and Stardust, is no stranger to the X-Men, as he was originally signed on to direct X-Men: The Last Stand back in 2005 before leaving the project due to creative differences.

With Thor (May 6), The Green Lantern (June 17) and The First Avenger: Captain America (July 22) already scheduled, Summer 2011 is shaping up to be a crowded one for big-budget superhero movies. The only other time four or more major superhero movies were released in one summer was 2008, which saw the debuts of Iron Man, The Incredible Hulk, Hellboy II: The Golden Army and The Dark Knight.