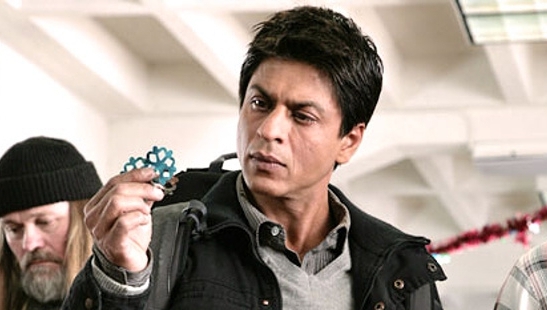 
Following My Name is Khan and Kites, Raajneeti became the third Bollywood movie this year to lead all limited releases in its first weekend. Arthouse mainstays The Secret in Their Eyes, The Girl with the Dragon Tattoo and City Island continued to find audiences, while a handful of new movies had relatively insignificant openings.

Raajneeti grossed $850,244 at 124 locations, which was good for first among limited releases and 11th place on the overall weekend chart. While its opening fell short of other 2010 Bollywood movies My Name is Khan, Kites and Housefull, it was solid in its own right. These movies do tend to be extremely front-loaded, though, so look for a steep fall from Raajneeti next weekend.

The Secret in Their Eyes fared best among limited holdovers, down 13 percent to $397,705. Through its eighth weekend, the Best Foreign Language Oscar winner has grossed just under $4 million. The Girl with the Dragon Tattoo also held well, off 17 percent to $313,774 for a total of $7.4 million. Finally, City Island slid 25 percent to $308,840, bringing its total to $5.3 million. It's worth noting that these three movies have all been among the Top Five limited releases for the past eight straight weekends.

A few significant expansions took place this weekend beginning with Please Give, which added 37 locations and was up 32 percent to $264,567. The Sony Pictures Classics drama-comedy has made $1.7 million through its sixth weekend. Solitary Man, starring Michael Douglas, nearly quadrupled its theater count, grossing $174,453 at 22 locations. It's decent per theater average of $7,930 should encourage further expansion in coming weeks. Finally, Amelie director Jean-Pierre Jeunet's Micmacs went from 4 to 35 theaters, earning $142,622 for a $210,862 total in ten days.

Besides Raajneeti, the crop of new limited movies failed to impress this weekend. Neil Jordan's fantasy drama Ondine, starring Colin Farrell, managed just $27,497 at five theaters. Rosencrantz & Guildenstern Are Undead, an action-comedy send-up of Tom Stoppard's absurdist play Rosencrantz and Guildenstern Are Dead, which is in and of itself a spin-off of William Shakespeare's Hamlet, grossed $14,370 at two locations. High school comedy BoyBand bagged $7,591 at its single location in Worcester, Massachusetts. Cropsey ($6,500), Double Take ($4,650), Whiz Kids ($1,333) and Spring Fever ($854) each opened in one theater as well.