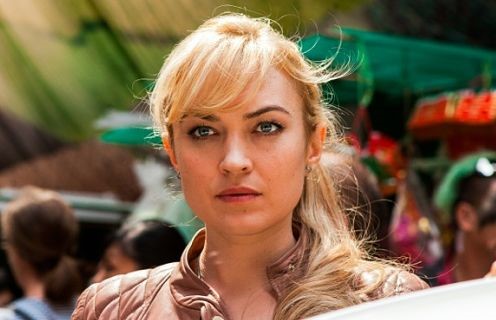 Through Monday, the Michael Bay-directed sequel has earned a stunning $219.2 million there. That's slightly above Avatar, which grossed $204.1 million* in 2010 (Transformers is still a bit behind in local currency, but will pass Avatar in a day or two).

The movie's phenomenal success in China can be chalked up to three main factors. First, it's important to remember that the franchise was already extremely popular in China. In Summer 2011, Transformers: Dark of the Moon earned over $165 million; in comparison, Pirates of the Caribbean: On Stranger Tides made around $70 million that Summer.

Second, the market has expanded dramatically in recent years. Rapid growth in the middle class has increased the aggregate demand for movies, and new screens are being built at the rate of around a dozen per day. Through all of 2013, there were five movies that reached $100 million in China; 2014 matched that number by the end of June.

A handful of movies have taken advantage of this expansion by customizing their content for Chinese audiences. For example, the Chinese version of Iron Man 3 and Looper had additional scenes set in the People's Republic. Transformers: Age of Extinction took this to the next level: the lengthy third act is set in and around Hong Kong, and popular Chinese actress Li Bingbing is featured prominently throughout the movie.

Age of Extinction earned around $51 million this past weekend, which is a 45 percent drop from its opening. As other major titles enter the market, it's likely that the movie starts to decline more rapidly: still, a total north of $300 million is guaranteed at this point. In comparison, the movie appears to be on track to earn between $245 and $265 million at the U.S. box office.

It's not unheard of for a movie's Chinese haul to exceed its U.S. take: recent examples include Pacific Rim, Escape Plan and Need for Speed. For a movie to do it on this scale, though, is truly remarkable.

Overall, Transformers: Age of Extinction has already earned $412 million overseas: that includes strong hauls in Russia ($35.7 million), South Korea ($34.2 million) and Australia ($17.7 million), along with even more impressive results throughout smaller Asian markets like Malaysia ($10.5 million) and the Philippines ($8.6 million).

This coming weekend, the movie has its official debut in the U.K., Mexico and a handful of other territories. By Sunday, it will likely pass The Amazing Spider-Man 2 ($504 million) to become the highest-grossing movie of the year overseas. Ultimately, it's on track to earn well over $700 million overseas, and will almost certainly become the first 2014 release to reach $1 billion worldwide.

*Note: An earlier version of this story inaccurately stated that Avatar earned $217.7 million in China.