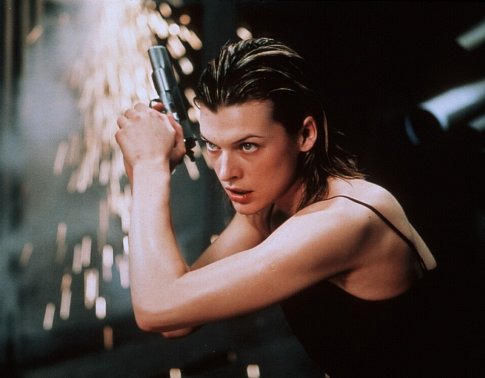 Resident Evil 5 has been scheduled for Sept. 14, 2012, in 3D, and no other movie is set for that date yet. That means the video-game-based action-horror franchise will continue to inhabit the mid-September slotting of the second-through-fourth movies, Resident Evil: Apocalypse, Resident Evil: Extinction and Resident Evil: Afterlife.

Though each Resident Evil sequel has arrived with subtitles that suggested some finality, the presently non-subtitled Resident Evil 5 moves forward after the franchise-high gross of the fourth movie, Resident Evil: Afterlife. Afterlife exploded at the foreign box office, making over $236 million. That was nearly two and a half times as much as Extinction and about as much as the first three movies combined.

Domestically, Afterlife wasn't as spectacular, generating $60.1 million last year, around 80 percent of which from its 3D presentations. That was up from Extinction's $50.6 million, Apocalypse's $51.2 million and the first movie's $40.1 million, and it was the second-highest grossing zombie-themed movie after Zombieland. However, Afterlife's attendance hit a franchise low.

Resident Evil 5 will arrive just two years after Afterlife, which will be the shortest wait yet of the franchise. Apocalypse opened two and a half years after the first movie, while there were three-year waits for Extinction and Afterlife.

Despite its title, The Ides of March has been set for Oct. 14, though the scope of its initial release is still to be determined as that date is already packing four nationwide releases: The Big Year, Footloose (2011), The Thing (2011) and The Three Musketeers (2011). It wouldn't be surprising if it begins as a platform release as recent George Clooney October awards contenders Michael Clayton and Good Night, and Good Luck. did.

• What do you think Resident Evil 5's subtitle should be? Click here to make your suggestions on Facebook.

• 'Paranormal Activity 3' to Haunt Next October

• 'The Tourist' Vacations in December