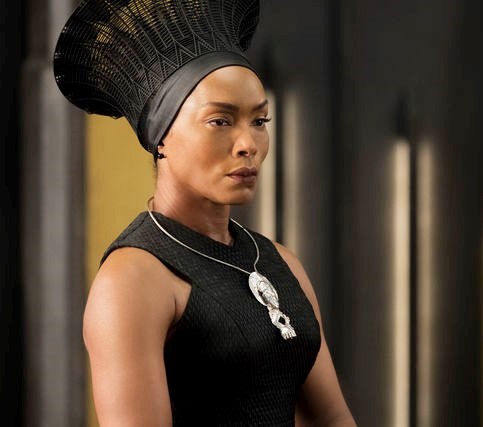 Lionsgate's release of Aardman's Early Man brought in a meager $850k on Friday and is looking at a three-day around $3.5 million and a four-day around $4.6 million. The film received a "B" CinemaScore.

PureFlix's Samson brought in an estimated $630k on Friday and is expected to bring in around $2 million for the three-day and finish with a four-day around $2.3 million or so.

FRIDAY AFTERNOON UPDATE: Disney has now upped their weekend estimate, which now ranges from $172-198 million for the four-day, inching closer to Mojo's weekend forecast below.

FRIDAY AM UPDATE: Disney and Marvel's Black Panther brought in $25.2 million from Thursday night previews, just shy of doubling the $12.7 million brought in by Deadpool. When it comes to the Marvel Cinematic Universe, it outperformed the $25 million brought in by Captain America: Civil War and is behind only Avengers: Age of Ultron's $27.6 million, making it the second highest preview gross within the franchise.

Disney also reports the film's international gross is now up to $47 million. The film has continued to add overseas markets since debuting on Tuesday with the UK currently leading the way with $10.1 million. The first three days of release currently have the film pacing 90% ahead of Doctor Strange and 41% ahead of Thor: Ragnarok. Come Sunday the film will be playing in ~70% of the worldwide marketplace with openings in major markets including Russia (Feb. 22), Japan (March 1) and China (March 9) debuting in the near future.

WEEKEND PREVIEW: President's Day weekend is going to be mighty this year thanks to the release of Disney and Marvel's Black Panther, which is set to deliver not only the largest February and President's Day weekend of all-time, but one of the largest opening weekends period. Meanwhile, Lionsgate will try and find a spot in the top ten with the release of Early Man, the latest stop motion animated pic from Aardman, and Pure Flix will target the faith-based demographic with the moderately-sized release of Samson. But all-in-all, the weekend will be about Black Panther and just how high its opening can go.

Debuting in over 4,000 theaters, Disney and Marvel's Black Panther certainly takes advantage of being the latest installment in the Marvel Cinematic Universe — 18th to be exact — but it has already proven to be more than just another superhero movie. The cultural significance of the reportedly $200 million production has not been lost in the lead up to release.

The New York Times Magazine published an article headlined "Why 'Black Panther' is a Defining Moment for Black America" and a Google search offers just a glimpse into the number of viewing parties that have been organized. The Boys & Girls Clubs of America are partnering with IMAX and Regal to host advanced screenings of the film and one man set up a GoFundMe campaign to help Harlem kids see the film, telling CNN, "I said to myself, how can I get as many children as possible to see this film and see themselves as a superhero or a king or queen?" The campaign generated nearly $49k as of publication.

So how does pre-release tracking account for a release of this nature? For starters, tracking originally saw the film debuting around $100-120 million in late January. Since then estimates have ballooned along with interest, pushing projections as high as $170 million for the four-day. As for Disney, they're anticipating a four-day weekend in the $150 million range. Our analysis sees Black Panther blowing Disney's expectation away.

A look at IMDb page view data shows Black Panther dramatically outperforming the likes of Thor: Ragnarok ($122.7m opening) and Guardians of the Galaxy Vol. 2 ($146.5m opening) over the course of the three months leading up to release. Additionally, in the past two weeks it has outperformed Captain America: Civil War ($179.1m opening) and, until the last few days, was outperforming Deadpool, which holds the current February opening weekend record ($132.4m) and the four-day President's Day weekend record ($152.1m), both of which look to fall this weekend.

As a result, the sky would appear to be the limit when it comes to the film's opening weekend, and it's quite clear records will be broken. We're currently anticipating an anticipate a three-day opening around $185 million and using Deadpool's performance as a guide, a four-day around $210 million if not more. Obviously this results in a new February opening weekend record, new President's Day opening record and a top ten performance in categories including all-time opening weekend and opening theater average for a wide release.

Internationally, the film opened Tuesday in the UK, Taiwan and Hong Kong and added another 14 markets on Wednesday from which it has so far grossed an estimated $23.2 million. Leading the way is the UK with $7.2 million, which places it ahead of films such as Doctor Strange, Ant-Man, Wonder Woman and Deadpool. It has also brought in an estimated $4.7 million in Korea and $2 million in Taiwan along with a $1.6 million opening in France. The film continues its international rollout throughout the weekend after which it will have debuted in ~70% of the international marketplace.

Looking at a second place finish is Sony's Peter Rabbit, dropping around 28% for the three-day, pulling in around $18 million followed by another $4 million or so on Monday for a four-day right around $22 million and a domestic cume right around $54 million. And last weekend's top film, Fifty Shades Freed, should finish in third with around $16.5 million for the three-day and coming in just over $19 million for the four-day weekend.

Sony's Jumanji: Welcome to the Jungle should have a fun weekend as it will pass Spider-Man 2 to become the studio's second highest domestic release of all-time. We're anticipating a drop around 27% or so for a three-day just over $7 million and a four-day around $8.7 million. Come the end of the weekend the film should be pushing close to $380 million domestically.

Look for Clint Eastwood's The 15:17 to Paris to round out the top five with a $6.7 million three-day and a holiday weekend around $8 million.

Outside the top five we start with the second of the weekend's new wide releases in Lionsgate's release of Aardman's Early Man, which will open in 2,494 theaters. Industry expectations are for a debut in the mid-single digits for the three-day and based on what we're looking at we see no reason to argue. IMDb page view comparisons show Early Man performing favorably compared to Shaun the Sheep and the law of averages for similar titles from Lionsgate suggest an opening just shy of $6 million for the three-day and a four-day right around $7 million.

The weekend's final new wide release is PureFlix's Samson, which will open in 1,249 theaters. Using IMDb page view data to look at comparisons to previous PureFlix titles, Samson is actually showing some solid gains, outperforming the likes of The Case for Christ ($3.9m opening), Woodlawn ($4m opening) and Do You Believe? ($3.59m opening). As such, we're anticipating a three-day opening around $3.7 million and a four-day approaching $4.5 million, and wouldn't be the least bit surprised to see it pop a little higher.

This weekend's three and four-day forecast is directly below. This post will be updated on Friday morning with Thursday night preview results followed by Friday estimates on Saturday morning, followed by a weekend recap on Sunday morning.