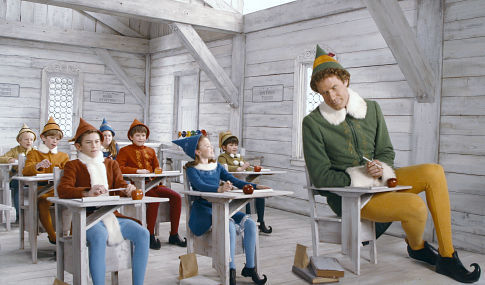 The Will Ferrell comedy made $31,113,501 at 3,337 theaters, exceeding industry expectations that had it pegged in the $20 million range.Celebrating Christmas early has proven to be lucrative time and again. Last November, for instance, The Santa Clause 2 was the first Christmas movie out of the gate on Nov. 1 and scored a very nice $29,008,696 en route to $139,236,327. Like that movie, Elf is well positioned for a leggy run, gaining a foothold in the marketplace before The Cat in the Hat and other family fare invades.

Though Elf did play strongly to families in its matinees, it proved to be broadly appealing. Moviegoers were divided evenly between those over and under the age of 25, and males and females were nearly equally split. Credit goes to a laugh-filled marketing campaign and Ferrell's following, cultivated from years on Saturday Night Live and from movies like Austin Powers, Jay and Silent Bob Strike Back and A Night at the Roxbury.

Ferrell was riding high off Old School from last February. The R-rated DreamWorks comedy opened to $17,453,216 and tallied $75,585,093 by its close, followed by a popular run on home video. Five years ago, another SNL alum enjoyed a similar breakout success. Adam Sandler had the February hit The Wedding Singer earn $80,245,725 and then exploded the following November with the $161,491,646-grossing The Waterboy. Both Elf and Waterboy had their stars playing simpletons.

Since New Line also handles The Lord of the Rings movies and has found success in franchise crossovers before (Freddy vs. Jason), perhaps an Elf sequel could team up Ferrell with Legolas (Orlando Bloom) from the Tolkien trilogy in an action buddy comedy.