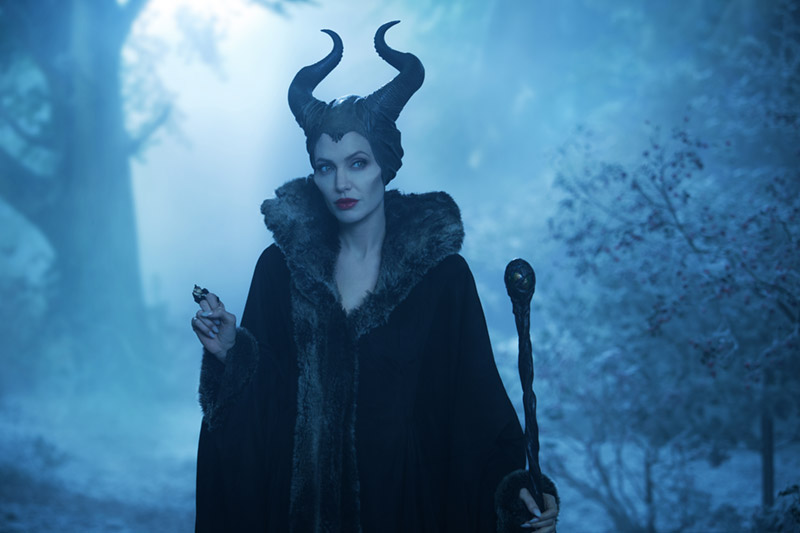 Forecast: 'Maleficent' Set to Reign On Final Weekend of May
May 29, 2014 14:13 PDT - By Ray Subers - Box Office News
Friday AM Update: Playing at over 3,000 locations, Maleficent earned a very strong $4.2 million on Thursday night. That's ahead of early shows for Alice in Wonderland ($3.9 million) and Oz The Great and Powerful ($2 million). It's worth noting that Alice and Oz were March releases that opened at midnight and 9 p.m., respectively, while Maleficent is a Summer release opening at 7 p.m.

Among 2014 releases, that late Thursday debut is less than half of Captain America, Spider-Man and Godzilla, and is a bit lower than Divergent ($4.9 million). For the weekend, Maleficent should easily earn over $50 million.

Forecast: On the final weekend of May, Maleficent faces off against Seth McFarlane's A Million Ways to Die in the West. The Disney fantasy, starring Angelina Jolie, will likely wind up in first place ahead of strong holdover X-Men: Days of Future Past.

Maleficent is the latest CGI-heavy live-action fantasy from Disney. The company struck gold in 2010 with Alice in Wonderland, which earned $334 million in the U.S. and over $1 billion worldwide. Last year, Oz The Great and Powerful wasn't quite as strong: the movie grossed $234.9 million at the domestic box office (30 percent lower than Alice) and was a comparatively weak at the overseas box office.

Alice was a sequel, while Oz was a prequel; in contrast, Maleficent is a reimagining of the classic Sleeping Beauty tale. Instead of following the young princess, Maleficent tells the story from the perspective of the evil fairy, played here by Angelina Jolie. This marks Jolie's first time in front of the camera since The Tourist in 2010, which has almost certainly increased interest in this project. Add in the fact that the story is geared toward female audiences—an unfortunate rarity among big-budget Hollywood productions—and Maleficent should score a major debut this weekend.

Still, it's unlikely that Maleficent winds up anywhere near Oz's $79.1 million debut. Marketing has struggled to figure out a correct tone: is the movie a whimsical fantasy, or an intense action movie? It's also unclear who we're supposed to be rooting for. Trailers include the tagline "You Know the Tale, Now Find Out the Truth," but it's hard to imagine most moviegoers are really interested in getting the evil fairy's perspective on things.

It also doesn't help that the movie looks to be cut from the same cloth as Oz and Alice, neither of which have a fantastic reputation. Add in lukewarm reviews—currently hovering around 50 percent on Rotten Tomatoes—and Maleficent should wind up noticeably lower than Oz.

A better comparison is Snow White and the Huntsman, which opened on the same weekend two years ago and also promised a darker version of a well-known fantasy (and also focused heavily on the villain in the marketing). That movie earned $56.2 million in its opening weekend; according to Fandango, Maleficent is outselling Snow White through the same point.

As is the case with most big-budget fantasies, Maleficent's true fate will likely be determined at the overseas box office. The movie opens in most international markets this weekend; with Jolie's star power, it's likely that Maleficent ultimately outperforms Oz and Snow White ($258 million and $241 million, respectively).

A Million Ways to Die in the West opens at 3,158 locations this weekend, and will almost certainly wind up in third place behind X-Men: Days of Future Past. The movie marks writer/director Seth McFarlane's follow-up to 2012 sensation Ted, which opened to $54.4 million on its way to $218.8 million total. It was even bigger overseas, where it raked in a phenomenal $331 million.

In Million Ways, McFarlane is moving in front of the camera in to the lead role of a sheep farmer who's trying his hardest to survive the perils of the Old West. While this may increase curiosity among McFarlane die-hards, it's likely to be a turn-off for viewers who associate him with his poorly-received 2013 Oscar performance. It also makes this seems like a vanity project, which average moviegoers have a tendency to avoid.

Advertisements for A Million Ways to Die in the West lean heavily on the Ted connection, and go so far as to prominently feature the foul-mouthed teddy bear. The initial redband trailer for the movie featured plenty of brutal frontier fatalities that generated strong laughs and aligned nicely with the title; the recent marketing push hasn't been as funny, though, and distributor Universal has resorted to revealing a major cameo in many commercials.

Add in poor reviews (below 40 percent on Rotten Tomatoes) and this is going to have a tough time reaching out beyond McFarlane's fanbase. Universal is expecting low $20 millions, which would be less than half of Ted's $54 million.

The movie also opens in 22 foreign markets, including the U.K., Australia and Germany. Westerns can be a tough sell outside of the U.S., and it would be surprising if Million Ways earned even half as much as Ted.

Maleficent doesn't need to reach the same heights as Oz the Great and Powerful, but it should be earning at least as much as Snow White and the Huntsman ($56.2 million). Meanwhile, it's unreasonable to expect A Million Ways to Die in the West to match Ted's $54.4 million; anything over $30 million is a win here.