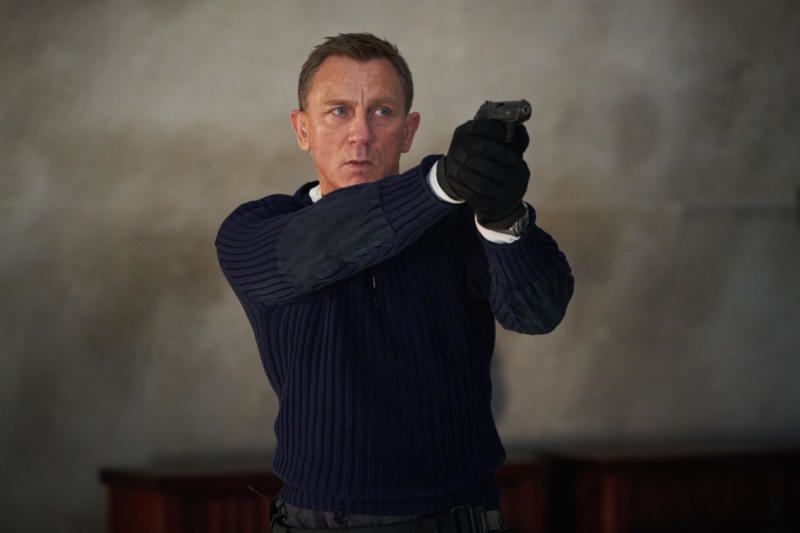 It Is--Finally-- ‘No Time To Die’ At The Box Office As James Bond Returns To The Big Screen
October 7, 2021 15:12 PDT - By Sam Mendelsohn - Box Office News
007 is back on the big screen this weekend after a six-year gap, returning just as the box office is heating up again. Can No Time To Die top Skyfall as the series’ top opener with $88.4 million? A week ago we would have said “No way,” but after Venom: Let There Be Carnage’s expectations-smashing $90 million debut last weekend, the game has changed. The general thinking through the summer was that the current slate of blockbuster sequels didn’t stand a chance of living up to their predecessors at the box office. Black Widow and F9: The Fast Saga were both smashes when you factor in the lowered expectations of the pandemic, but take away that variable and they look like box office disappointments compared to other films in their franchises. With Venom 2 beating out the original and becoming the year’s top opener, as well as leading what was the year’s top grossing weekend yet (which is due to be topped this weekend), the gloves have come off and the box office may finally be putting the pandemic behind it.

No Time To Die, which was slated for release in April 2020 and became the first major film to be delayed due to the pandemic, gives a send-off to Daniel Craig as James Bond after five films playing the iconic British spy. Cary Joji Fukunaga (Sin Nombre, Beasts of No Nation, "True Detective", "Maniac") directs the franchise’s 25th film which sees Bond face off against a new sinister villain played by Rami Malek. The rest of the cast includes Spectre returnees Léa Seydoux and Christoph Waltz, Craig-era Bond vets Ralph Fiennes, Ben Winshaw, Jeffrey Wright, and Naomie Harris, and newcomers Lashana Lynch and Ana de Armas. Critics are saying it’s a strong entry in the franchise which launched nearly 60 years ago. Its 84% Tomatometer is below the gold standard of Casino Royale and Skyfall (94% and 92% respectively) but above the more mixed receptions of Quantum of Solace and Spectre (64% and 63%).

Skyfall ($304 million domestic and $1.1 billion worldwide) and Spectre ($200 million domestic and $880 million worldwide) are the top-grossing 007 films both domestically and globally. Are Spectre numbers possible for No Time To Die? The opening weekend numbers overseas suggest they are. The film took home $119 million last weekend from 54 markets, and it has posted the best Bond opening yet in many countries, most notably in the U.K., as well as breaking pandemic era records in many countries. While MGM is distributing in the U.S., Universal is doing much of the distribution abroad. After this weekend, the biggest market left for the film is China, where it opens October 29. China was Spectre’s third biggest country with $83.5 million, the best for the franchise in the market.

With no other wide releases, Venom 2 is a shoe-in for second place, and we’ll see if the year’s best opener can also take home the prize of the year’s best second weekend, currently held by Shang-Chi ($34.7 million). Venom 2 opened higher than Shang-Chi did ($90 million compared to $75.4 million), but Shang-Chi had the benefit of the Labor Day gross, and the films are neck and neck when you compare their first five days. The question is if Venom 2 can pull ahead in what is, at least for now, the battle for the top-grossing film of the year (a competition which No Time To Die may also join this weekend). A drop of 61% would give it roughly the same second-weekend gross as Shang-Chi (as well as the first Venom which grossed $35 million in its second weekend). That’s definitely doable, but we think Shang-Chi has the edge in the long run, with stronger word of mouth (Shang-Chi nabbed an A CinemaScore compared to a B+ for Venom 2, not to mention rave reviews vs largely negative ones). Shang-Chi also had little competition in the month of September which helped contribute to its below 40% drops in the third and fourth weekends. Venom 2 is having a piecemeal international rollout and we won’t get a sense of its international performance for a few more weeks, but it opened strong in Russia last weekend ($13.8 million), right behind the first film ($14.4 million). Russia was Venom’s third biggest market with $32.6 million.

The highlight of the week’s limited releases is Lamb from A24. The offbeat Icelandic horror film starring Noomi Rapace played at Cannes and is about a rural couple who adopts a baby lamb. It is at 90% on RottenTomatoes.

Amid the major blockbusters that have opened around the world in recent weeks, the biggest global grosser over the past week came from China. The Battle of Lake Changjin opened on October 1, China’s National Day, and it has tallied up $405 million so far in its holiday run. The film is co-directed by the iconic filmmakers Chen Kaige, Tsui Hark, and Dante Lam, with superstars Wu Jing and Jackson Yee starring.