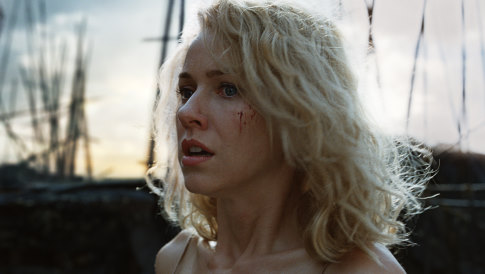 SANTA MONICA, CA, April 21, 2005—Nickelodeon Movies is teaming up with Jack Black, Mike White, and Jared Hess on an untitled wrestling project as a starring vehicle for Black. White and Hess will co-write with Hess directing. Black & White Productions and Nick Movies will produce the feature that will be distributed by Paramount Pictures with production targeted for this fall. The announcement was made today by Julia Pistor, Senior Vice President, Nickelodeon Movies.

In this true life inspired story, Black will play a Mexican priest who moonlights as a masked Lucha Libre wrestler in order to save an orphanage destined for closure. All the while, the priest must keep his identity hidden from the wrestling community and the church.

"I can't think of two people I'd rather party with than Mike White and Jared Hess," said Black, adding, "I can't wait to get down to Mexico."

"Nickelodeon Movies takes pride in partnering with some of today's biggest stars and filmmakers who are equally committed to creating edgy family films," said Pistor, "Jack, Mike and Jared's enthusiasm, spontaneity, and comedic prowess makes them a perfect fit for this project."

This project will mark the third collaboration between Jack Black and Mike White—the two played roommates in the hit film School of Rock, which White also wrote, and appeared together in Orange County, also written by White. White's other writing credits include The Good Girl and Chuck & Buck, for which White received Independent Spirit Awards for Best Screenplay and Best First Feature, respectively. White also was awarded Best Male Performance at the Deauville Film Festival for his starring role in Chuck & Buck.

This feature will mark Jared Hess's first movie since his debut feature, Napoleon Dynamite, became an instant cult hit. Hess wrote and directed Napoleon Dynamite for roughly $400,000 and it has grossed nearly $45 million domestically. The film was nominated for Sundance's Grand Jury Prize as well as Best First Feature by the Independent Spirit Awards.

Jack Black, Mike White, Julia Pistor, and David Klawans, who brought the project to Nick Movies, will serve as producers. Pistor and Damon Ross, VP of Development, will oversee for Nick Movies.

Black & White Productions was formed in late 2004 and the Untitled Wrestling Project is the first production under the banner formed by the duo.

Paramount Pictures is part of the entertainment operations of Viacom, Inc., one of the world's largest entertainment and media companies and a leader in the production, promotion, and distribution of entertainment news, sports and music.

Nickelodeon Movies is the feature film development and production division of Nickelodeon which produces movies for kids and their families in association with its sister Viacom company, Paramount Pictures. Nickelodeon Movies was created in 1993 to develop and produce several types of films, which include star-driven family event movies, kids first movies and animated features, all of which bring extraordinary events, characters and situations into everyday contemporary life. Nickelodeon feature film releases have grossed more than $700 million at the box office and includes the Oscar® nominated Jimmy Neutron: Boy Genius, Lemony Snicket's A Series of Unfortunate Events, The SpongeBob SquarePants Movie, Rugrats Go Wild, Rugrats, Snow Day, Rugrats in Paris: The Movie, Clockstoppers and The Wild Thornberrys Movie, among others. Nickelodeon, Nickelodeon Movies and all related titles, characters and logos are trademarks of Viacom International Inc.