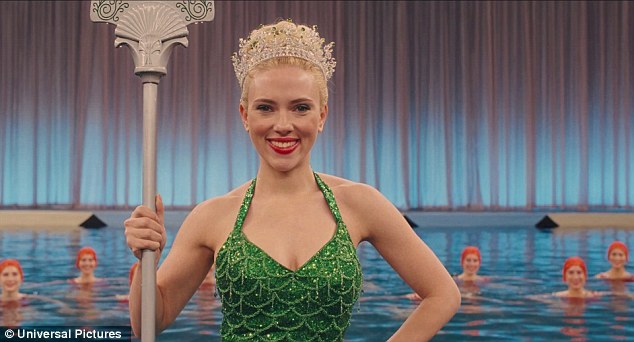 Super Bowl Weekend Preview: 'Panda 3' Over 'Hail, Caesar!', 'Pride and Prejudice and Zombies' & 'The Choice'
February 4, 2016 18:07 PST - By Brad Brevet - Box Office News
SATURDAY MORNING UPDATE: Hail, Caesar! leads the newcomers with an estimated $4.3 million on Friday as it's heading toward a weekend around $11.5 million. However, a "C-" CinemaScore doesn't bode well for its future prospects.

The second best newcomer this weekend isn't Sony's Pride and Prejudice and Zombies, instead its the Nicholas Sparks adaptation The Choice, which brought in an estimated $2.48 million on Friday. As for Pride and Zombies, it brought in a mere $2 million on Friday and will struggle to top $6 million for the weekend. From a CinemaScore perspective, The Choice earned a "B+" and Pride and Prejudice and Zombies received a "B-" from opening day audiences.

Finally, Star Wars: The Force Awakens has officially crossed $900 million at the domestic box office after bringing in an estimated $1.76 million yesterday. It's the first film ever to not only cos $800 million domestically, but now $900 million.

FRIDAY MORNING UPDATE: Hail, Caesar! brought in $543,000 from Thursday night preview screenings, which began at 7:00 PM and played in 1,815 theaters. Comparisons are tough to come by, but the most recent would be In the Heart of the Sea, which brought in $575,000 on Thursday night before opening with $11 million. It should be mentioned, however, Monuments Men, which also starred George Clooney and opened this same weekend in 2014, brought in $550,000 from Thursday night screenings before opening with $22 million. It's unlikely Hail, Caesar! would climb that high.

Pride and Prejudice and Zombies took in $300,000 from 2,286 locations last night. Similar comparisons might include Seventh Son, which brought in $295,000 and opened with $7.2 million or The Lazarus Effect, which took in $344,000 from Thursday screenings and opened with $10.2 million. The studio is currently suggesting they're headed for an $8 million weekend.

WEEKEND PREVIEW: It's Super Bowl weekend and some segments of the box office are likely to take a bigger hit than others. Last weekend's #1 film, Kung Fu Panda 3, won't be affected as much thanks to it being a family film, but adult-targeted features will be more susceptible. One such film is the new movie from the Coen brothers, Hail, Caesar!, which is hitting theaters alongside the period horror Pride and Prejudice and Zombies and The Choice, which looks to become the lowest grossing opener for a film based on a Nicholas Sparks novel. Overall, the top twelve is looking to finish around $100 million, down $36 million from the same weekend last year, though about $16 million ahead of 2015's Super Bowl weekend.

It could be a battle for second between the Coens' Hail, Caesar! and Pride and Prejudice and Zombies. On one hand, Hail, Caesar! is the most adult-targeted of the two, which limits its chances up against the Super Bowl. It's also a period-set comedy, which doesn't necessarily help matters if it's looking to find a broader audience.

Pride and Prejudice and Zombies does have some measure of a built-in audience as fans of Seth Grahame-Smith's New York Times best-selling parody will almost certainly show up, but period horror has had a slow go as of late with both Crimson Peak and Victor Frankenstein stalling. It's tough to tell whether Jane Austen fans will necessarily be drawn to theaters, but if there is interest and word of mouth is solid it could generate a little extra buzz as the weekend wears on.

The opening range for Hail, Caesar! and Pride and Prejudice and Zombies is looking like $9.5-12 million. As far as Coen films are concerned, the brothers haven't had a film that opened in over 1,500 theaters open with less than $12.5 million and from a review perspective Hail, Caesar! is the clear champion between the two new releases, sitting at a 76% rating on RottenTomatoes as of press time. Pride and Prejudice and Zombies, on the other hand, has sustained a bit of a headshot, stumbling to a meager 40%.

Bunched together once again are The Revenant and Star Wars: The Force Awakens, looking to finish this weekend in the fourth and fifth slots. Though, while Star Wars will be making headlines as the first film to ever cross $900 million domestically, it will be battling with the Sparks adaptation The Choice for that final spot in the top five.

Last year's The Longest Ride opened with $13 million and banked heavily on Scott Eastwood's abdominals, which made for most of the headlines before release. Meanwhile, The Choice isn't even getting that kind of press, looking at an opening around $6-7.5 million from 2,650 theaters.

Predictions for this weekend can be found below.