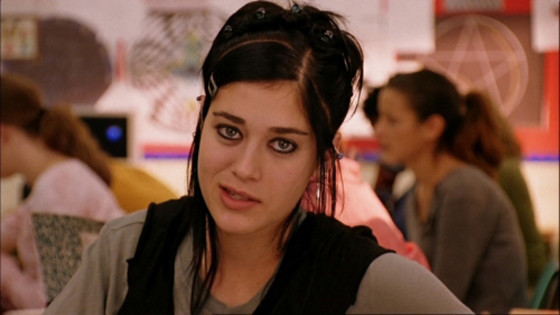 Paramount's $17 million teen comedy ended the weekend with $24.4 million playing on 3,159 screens at 2,839 theaters. That marks the top bow the usually moribund final frame of April has ever seen. Mean Girls always looked like the only movie of this weekend that would register more than a blip on the box office radar, but for it to not only dominate but out-open the mega-hyped, "pre-destined sleeper hit" 13 Going on 30 makes it the big success story of an already record-breaking April.

A whopping 75% of Mean Girls' audience was female, while 50% was under the age of 18, according to Paramount's research. Over 90% of moviegoers rated the picture either "excellent" or "very good" and even those outside the target demographic, such as men in their 30's, were over 80%.

Even Paramount was somewhat surprised by how successful Mean Girls was. "I thought we were mid-to-high teens ($ millions)," the studio's head of distribution Wayne Lewellen told Box Office Mojo. "The appeal with older females came on strong in the last few days, which seemed to be the difference." He expects word-of-mouth to broaden the audience further.

To that end, Paramount will try to boost the theater count a bit in the face of Van Helsing and New York Minute. "We're opening Mean Girls up to anyone who want to come in," Lewellen said. "I expect we'll add a couple hundred screens."

"We had moved the picture around a bit because of all the other teen pictures," Lewellen explained about the decision to go out on the last weekend of April. They finally zeroed on this frame despite going up against 13 Going on 30's second weekend, because "it was the last shot in spring before the big summer movies."

Being the last teen release of the season ultimately gave them more time to build buzz. "We at one point were considering sneak previews," Lewellen noted. "Rather than that, we did about 500 invitational screenings for college and high school students, and tried to include older females and young males."

Viacom-owned Paramount had its classic corporate synergy firing on all cylinders this time, typified by star Lindsay Lohan's appearance on, of all places, Paramount TV's syndicated hit Dr. Phil. What made that stint seem relatively organic is also what gave Mean Girls an edge over 13 Going on 30 and other recent, fantastical movies targeting young women. Like many "surprise" youth hits, it was based in a real life phenomenon that kids relate to if not live everyday—in this case, the vicious social dynamics of high school girls. (To Paramount's credit, their other teen pictures this year, the far from Perfect Score and the modest success The Prince and Me were also more grounded than other studios' offerings.) The punchy marketing and good reviews enhanced the picture's stature and likely broadened the demographics.

For Lohan, Mean Girls stands as her first No. 1 debut, cementing her status as the new teen movie queen. Last August, Freaky Friday (also directed by Mean Girls' Mark S. Waters) opened to $22.2 million and closed with $110.2 million. February's Confessions of a Teenage Drama Queen was less successful with its $9.4 million debut en route to $29.2 million, but it performed well above expectations as it was strictly for young girls and lacked the broad appeal of her other movies.

Paramount scored an encouraging success with Mean Girls after essentially going hit-free since School of Rock last October and in general being rife with misses these past few years. But it remains to be seen whether the studio's current strategy of remaking famous movies from its history (upcoming The Stepford Wives, The Manchurian Candidate, Alfie, just announced Bad News Bears, etc.) will reverse its fortunes in general.