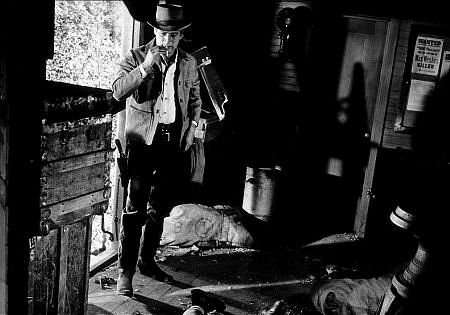 Fox brands its latest release of Butch Cassidy and the Sundance Kid the Ultimate Collector's Edition and it fits the bill. The 1969 Western, among the first movies I saw in theaters, is a true star vehicle, featuring Paul Newman and Robert Redford as the outlaws.

The DVD comes in a slip-covered box with printed liner notes on the inside. The box promises over two hours of never-before-seen footage, new interviews with Messrs. Redford and Newman, with features, notes, trailers and a single deleted scene. The meat of the extras are two documentaries and two commentaries; a solo audio track by screenwriter William Goldman and a quartet track with director George Roy Hill and three others, including lyricist Hal David, who penned the movie's "Raindrops Keep Fallin' on My Head" with Mr. Bacharach.

Critics were not impressed upon its release. Roger Ebert dubbed it "slow and disappointing" and Vincent Canby, writing for the New York Times, found it "vaguely disturbing". Both denounced the movie because it was commercial—which is exactly why it works.

Packed with thrills, gunfights and a great supporting cast—Katharine Ross, Strother Martin, Cloris Leachman, Jeff Corey—the shoot-'em-up crackles with witty lines and curt comebacks. Action, comedy and chemistry made Butch and Sundance, which paired two fabulous actors before they made George Roy Hill's superb The Sting in 1973, into a blockbuster.

Valley of the Dolls is the perfect DVD to host a campy laugh riot, hands down—or, more appropriately, hands up, arms outstretched and belting it out. Fox's two-disc edition is as loaded as the pill-popping characters. It goes on sale June 13.

The 1967 movie, based on the phenomenal bestseller by Jacqueline Susann, gives the late novelist her due. Two glowing documentaries cover her salacious novel, a show business expose that broke taboos about sex, drugs and women, her marriage to promoter Irving Mansfield, their autistic child and her sheer charisma. Susann died of cancer in 1974.

The screen adaptation—which Susann promptly hated upon its premiere but kept her mouth shut so it would sell books—speaks for itself and it is an unintentional hoot in the best possible sense. Take your pick of hilarious moments: Patty Duke (The Miracle Worker) pouring it on thick as singer and actress Neely O'Hara performing on Joey Bishop's charity telethon, or star Susan Hayward (I'll Cry Tomorrow) stuck behind a psychedelic prop singing "I'll Plant My Own Tree" while doing body contortions. My stomach still hurts.

Like any good melodrama, Valley of the Dolls, as Hollywood publicist Howard Bragman points out in one of the features, is sufficiently serious in depicting the struggle to achieve stardom. Burt Bacharach's haunting title song by Dionne Warwick suits the mood.

It's like a time capsule of show business sleaze. Legendary singer and actress Judy Garland, very tragic at 44 and seen here in costume, was so drugged up she had to be fired from the picture. Actress Sharon Tate (Mrs. Roman Polanski), who played sweet, bosomy Jennifer, was murdered by Manson's hippies two years later—so was hair stylist Jay Sebring, who worked on Butch Cassidy—after pleading for the life of her unborn child.

Patty Duke, like nearly everyone else, appears to have been practically pushed over the top. Same with Miss Hayward, who deserved much better toward the end of her career. Still, it is good fun—wig-yanking scene included—and the DVD extras are a blast, especially the bouncing doll sing-along feature. For pure cheese, this howler comes up campy with an absence of malice.

• Butch Cassidy and the Sundance Kid on DVD

• Valley of the Dolls on DVD