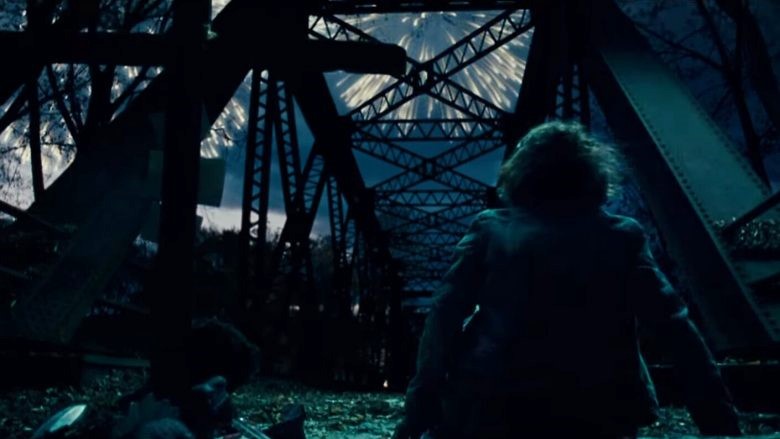 'A Quiet Place' and 'Blockers' Look Strong Heading into Weekend
April 5, 2018 21:18 PDT - By Brad Brevet - Box Office News
SATURDAY AM UPDATE: With an estimated $19 million on Friday, Paramount's A Quiet Place is targeting a massive, $46+ million debut. Universal's Blockers is also looking solid, delivering an estimated $7.8 million on Friday, heading toward a $20 million opening weekend. A Quiet Place scored a "B+" CinemaScore while Blockers received a "B" from opening day audiences.

Finally, Disney and Marvel's Black Panther brought in an estimated $2.3 million on Friday and now stands at $659.2 million domestically, which means by the end of the day it will have topped Titanic to become the third largest domestic release of all-time.

FRIDAY AM UPDATE: With an estimated $4.3 million in previews from 2,740 locations, Paramount's A Quiet Place is off to an excellent start. This more than double's the $2 million Split brought in from Thursday night previews and is slightly ahead of the $4 million in previews brought in by Annabelle: Creation before it opened with $35 million. The film begins playing in 3,508 theaters today and is already looking at a promising debut.

Also delivering solid preview numbers, Universal's Blockers brought in $1.5 million in late night shows at 2,650 locations. This is better than the $1 million in previews Game Night brought in before debuting with $17 million back in February.

WEEKEND PREVIEW: March finished down -24% compared to last year's record-breaking performance and yet the first quarter of the year finished down just -2% compared to last year, thanks in large part to Black Panther making up nearly 23% of the quarter's overall gross. It's far too early in April to make any declarations as to whether this month will turn things around, but things do look promising with the likes of Avengers: Infinity War on the horizon as well as this weekend's top two offerings. Both A Quiet Place and Blockers are showing plenty of promise, receiving strong reviews and exhibiting signs of lengthy runs, and be on the lookout for Wes Anderson's Isle of Dogs as it expands into nearly 550 theaters before going nationwide next week.

Looking to finish atop the weekend box office is Paramount's well-reviewed horror A Quiet Place, which currently holds a 97% rating on RottenTomatoes. Additionally, online ticket retailer Fandango.com reports the film is outselling the likes of Spilt ($40m opening) and 10 Cloverfield Lane ($24m opening) leading up to release. Written and directed by John Krasinski, who also stars in the film alongside Emily Blunt, A Quiet Place will debut in 3,508 locations this weekend and while Paramount is anticipating a debut in the high teens to low twenties for the $17 million production, we're seeing evidence of a much stronger performance.

If the Fandango information and reviews weren't enough, a look at IMDb page view data shows the film out-performing 10 Cloverfield Lane by a significant margin and pacing just behind Split in the two weeks leading up to release. It's also pacing well ahead of both Poltergeist ($22.6m opening, Lights Out ($21.6m opening), Ouija ($19.8m opening) and Don't Breathe ($26.4m opening) suggesting a debut anywhere from $33-38 million isn't at all out of the question. That being said, we're going to stay on the lower end of that range, anticipating it will outperform our forecast, and won't be the least surprised to see it top even $40 million this weekend.

The runner-up position could be a close race between Steven Spielberg's Ready Player One, holding over in 4,234 locations, and Universal's R-rated comedy Blockers, but we're currently giving the edge to the former.

Beginning with Ready Player One, the film performed admirably over its four-day opening last weekend, delivering $53.7 million, and this weekend it will be tested to see just how good word of mouth on the film truly is, though the current 8/10 user rating on IMDb.com is promising. That said, we're currently anticipating a drop around 51% this weekend, but that could bounce ~3% either way, which may be the difference between a second or third place finish.

This brings us to Blockers, helmed by first time director Kay Cannon, best known for her work as a writer on "30 Rock" and her screenplays for all three films in the Pitch Perfect franchise. The film is debuting in 3,379 theaters this weekend and while Universal is anticipating an opening in the mid-teens, once again we're expecting results a bit higher.

Analyzing IMDb page view data leading up to release, Blockers is outpacing Game Night ($17m opening) and currently pacing a bit behind Neighbors 2 ($21.7m opening). The data suggests an opening right around $19 million or higher. A safe range feels like anywhere from $17-21 million, potentially finishing in runner-up position should audiences warm to the film as critics have.

Tyler Perry's Acrimony should drop around 58% or so for a $7.2 million second weekend followed by Black Panther in fifth place with ~$7.1 million, pushing its cume north of $660 million to pass Titanic and become the third largest domestic release of all-time. Additionally, by Sunday, Black Panther will have reached 52 consecutive days in a row grossing $1 million or more at the box office, tying for the tenth longest streak of all-time alongside The Avengers, The Hangover and Shrek. A million-plus performance on Monday, April 9 would give it tenth place all on its own.

Outside the top five, Roadside's I Can Only Imagine looks to continue its excellent run as it once again adds more theaters, now playing in 2,890 locations (+242) and we're expecting a fourth weekend performance around $6.9 million, pushing the film's total over $67 million domestically.

One film to keep an eye on will be Wes Anderson's stop-motion animation feature Isle of Dogs as it expands into 547 theaters this weekend (+382) before expanding nationwide next weekend. We're currently anticipating a performance around $5 million for the weekend.

Otherwise, two additional new wide releases this weekend are Mirror and LD Entertainment's The Miracle Season and Entertainment Studios' Chappaquiddick, debuting in 1,707 and 1,560 locations respectively. Neither film appears as if it will have too much of an impact on the weekend box office with Miracle appearing to be the most likely to land a spot in the top ten, finishing around $3.4 million for the three-day.

In limited release, Warner Bros. is releasing Pandas in 33 IMAX locations and A24 is debuting Lean on Pete in one theater.