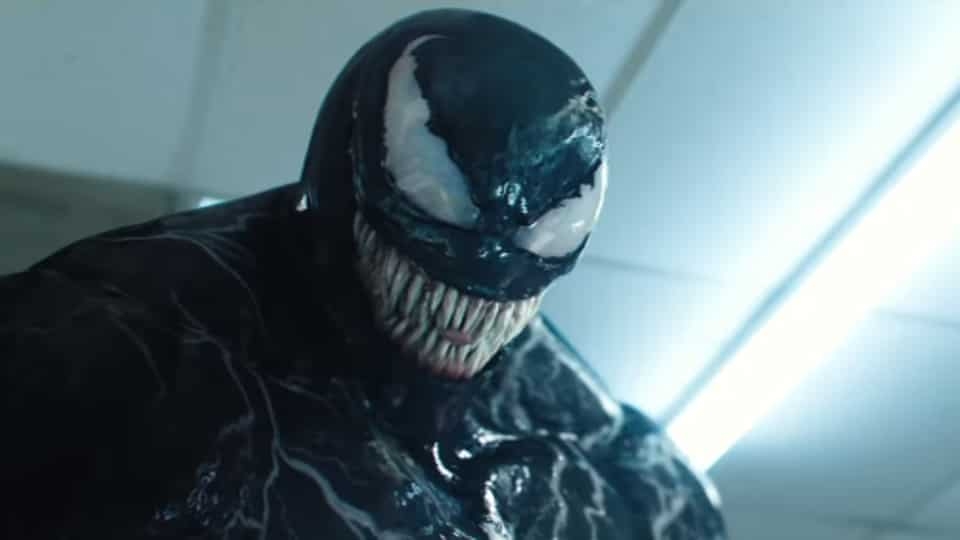 'Venom' & 'Star is Born' Look to Fend Off 'First Man', 'Goosebumps 2' & 'El Royale'
October 11, 2018 15:53 PDT - By Brad Brevet - Box Office News
Thanks to a record October weekend last week the month is already off to its best start ever and things don't look as if they'll be slowing down this weekend. At the top, look for last weekend's two new releases — Venom and A Star is Born — to be in a close race for the weekend's #1 spot. Meanwhile, Universal's awards hopeful First Man should lead a crop of three new wide releases followed by Sony's Goosebumps 2 and Fox's Bad Times at the El Royale. Overall, we're looking at a weekend that could rank as one of the top five overall October weekends of all-time.

We'll begin with Sony's Venom, which we expect to a drop around 62% or so, heading toward a three-day grossing $30.5 million, pushing the film's domestic cume a couple million shy of $140 million after ten days in release. Whether that will be enough to top the weekend box office remains to be seen as we're expecting a similar three-day gross from A Star is Born.

The drama from WB exploded on the scene last weekend and should hold on much better than Venom over its second weekend. Right now we're looking for A Star is Born to drop around 30% or so this weekend, which would result in a $30 million three-day. Should our forecast hold we're expecting the film to top $95 million by the end of the weekend.

In third is where we come to the first of the weekend's three new wide releases in Universal's First Man. Directed by Damien Chazelle who reunites with his La La Land star Ryan Gosling in the story of Neil Armstrong and the mission that led him to become the first man to walk on the Moon. The film debuts in 3,640 locations this weekend and the studio is anticipating a debut in the mid-to-high teens while we expect it to perform a touch better.

Looking at IMDb page view data for films such as Deepwater Horizon ($20.2m opening) and Captain Phillips ($25.7m opening), First Man pacing just behind both films over the two weeks leading up to release while it is outpacing 2015's Bridge of Spies, which opened with $15.4 million back in October 2015. Meanwhile, online ticket retailer Fandango.com reports First Man is outpacing Argo ($19.5m opening) at the same point in the sales cycle. Such comparisons put our expectations anywhere from $18-23 million, for an anticipated debut around $21 million for the weekend and a healthy run throughout awards season.

Sony's Goosebumps 2: Haunted Halloween might be the trickiest forecast on the board given it's a sequel where the main character from the first film, Jack Black playing author R.L. Stine, was originally kept out of the film's marketing due to similarities with his character in the recent release of The House with a Clock in Its Walls. Just two weeks prior to release Black was first featured in a TV spot and while he apparently has a limited role in the latest film, there could potentially be confusion between this film and House with a Clock, or diminished interest due to House with a Clock.

To that point, diminished interest and/or awareness does appear evident when looking at IMDb page view data, which shows Goosebumps 2 pacing well behind the original film as well as the likes of Percy Jackson: Sea of Monsters ($14.4m opening) and Maze Runner: The Death Cure ($24.2m opening) over the two weeks leading up to release. It's even behind House with a Clock, which opened with $26.6 million only a month ago.

There is something to be said, however, for brand awareness and audiences responded well to the first film, which opened with $23.6 million and went on to gross over $80 million domestically and over $150 million worldwide. The sequel carries a smaller, $35 million budget compared to the original's $58 million price tag and while it is getting a similar number of theaters there is no reason to expect a similar return. Right now, while we do see an avenue for an opening that possibly reaches $20 million, we're currently more aligned with studio expectations, looking at an opening more in the mid-to-high-teens, anywhere from $15-17 million.

Rounding out the top five, look for WB's Smallfoot to drop around 37% or so for a three-day just over $9 million as its domestic cume should top $57 million as it enters its third week in release.

For now, we're expecting Fox's release of Bad Times at the El Royale to finish just outside the top five. The film opens in 2,808 locations this weekend and studio expectations are for a debut in the high single digits. Admittedly, this is a title we've had a tough time nailing down in terms of comps, looking at films such as the June release of Hotel Artemis ($3.23m opening), Logan Lucky ($7.6m opening) and Seven Psychopaths ($4.1m opening). We also looked to the May 2016 release of The Nice Guys, which opened in 2,865 locations with $11.2 million, but that was a summer release with a much more prominent marketing plan, which would seem to cancel it out or, at the very least, present a possible high end for the film's release this weekend. At this time, while some models point to a debut reaching the low teens, we aren't expecting an opening any better than $7-9 million.

Elsewhere, keep an eye on Bleecker Street's Colette, which could be looking at a top ten finish as it expands into 593 theaters (+486) as it enters its third weekend. We wouldn't be the least bit surprised to see it pull in somewhere around $1.25-1.75 million for the weekend. Additionally, Fox's The Hate U Give, which is expanding into 248 locations this weekend after delivering $14,223 per theater last weekend in 36 theaters.

Also, in 673 locations is GVN's release of Gosnell: The Trial of America's Biggest Serial Killer, a crowd-funded production that raised over $2.37 million on Indiegogo. The film tells a story based on the actions of Philadelphia abortionist Dr. Kermit Gosnell who was convicted of first-degree murder in the deaths of three babies authorities said were born alive. The film stars Dean Cain and Earl Billings.

This weekend's forecast is directly below.