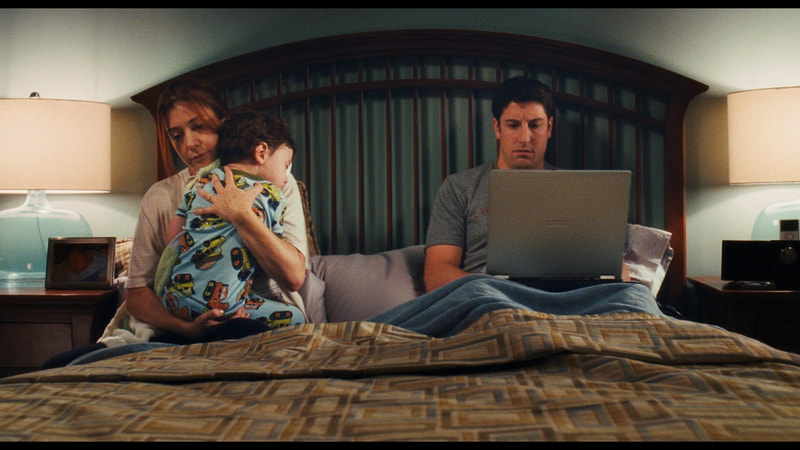 Forecast: 'American Reunion,' 'Titanic 3D' Challenge 'Hunger Games'
April 5, 2012 18:23 PDT - By Ray Subers - Box Office News
If you make it to the movies over Easter Weekend, don't be too confused if it feels like you've been teleported back to the late 1990s. American Reunion, the fourth installment in the American Pie series (which started in 1999), is debuting at 3,192 locations, while the 3D re-release of James Cameron's blockbuster Titanic sets sail at 2,674 venues (the exact same number of theaters the movie originally opened at in December 1997). Even with these two strong entries, though, The Hunger Games has a legitimate shot at making it three-in-a-row at the top of the box office this weekend.

With over $650 million combined worldwide, the first three American Pie movies made up one of the most successful comedy series in history. Each of the movies earned over $100 million domestically, and the last two both opened north of $30 million. It has been nearly eight years since American Wedding, though, and the direct-to-video sequels haven't done a whole lot to solidify the brand over that time period.

Spy Kids: All the Time in the World and Scream 4 both tried to revive long-dormant franchises last year, and both were very unsuccessful. Those movies put the focus on new cast members, though, while American Reunion's marketing clearly emphasizes that the whole gang is back from the original movies (including those that sat out American Wedding). A high school reunion is also a logical next step for the characters, and previews indicate that even though the characters have gotten older, there are still plenty of opportunities for mischief. Because of the competitive environment, Universal is conservatively estimating an opening over $20 million, though something closer to $30 million wouldn't be surprising.

Titanic's re-release arrives nearly 100 years after the infamous ship sideswiped an iceberg and quickly sank to the bottom of the Atlantic. Ahead of the 1997 release, plenty of pundits predicted that writer-director James Cameron's mega-budget period epic about the ship would be similarly doomed, but that turned out to be about the furthest thing from the truth. After opening to over $28 million in December of that year, Titanic hung on to first place for 15 weeks in a row and ultimately closed with a then-record $600.8 million. The movie was also an international sensation, and became the first movie ever to gross over $1 billion overseas. Remarkably, the movie retained the all-time domestic, overseas and worldwide records until Cameron's next movie Avatar came out 12 years later.

In what has to be an attempt to assuage doubts about the 3D conversion, the connection with Avatar has been a noteworthy component of Titanic 3D's marketing effort. However, what Paramount has really focused on in commercials and trailers is evoking nostalgia for the original movie by presenting iconic imagery with Celine Dion's gut-wrenching tune "My Heart Will Go On" playing in the background. Audiences are clearly being encouraged to take a trip back to Titanic in whatever format they'd like to, and most theaters will have a 2D option along with the 3D one.

Among the recent wave of 3D re-releases, The Lion King fared best with a $30.2 million debut and $94.2 million total. Because Titanic is twice as long, it has little chance of matching that opening figure—Paramount is currently estimating $15 million for the three-day weekend and $20-22 million for the five-day frame. Based on its $4.7 million gross from Tuesday night and Wednesday, though, it's likely Titanic winds up slightly above those figures.

Foreign distributor 20th Century Fox is also opening the re-release day-and-date in nearly all overseas markets with the notable exceptions of China, Mexico and Brazil.

The last two American Pie movies opened to over $30 million, and with eight years of ticket price inflation there's really no excuse for American Reunion debuting much lower than that. With its three-hour-plus running time, Titanic 3D doesn't need to be quite as big, though at least $20 million for the three-day weekend should be doable.