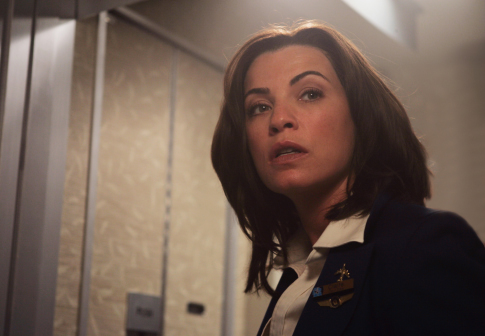 'Snakes' All Hiss and No Bite
August 21, 2006 15:31 PDT - By Brandon Gray - Box Office News
The title said it all, and the movie itself was an afterthought. Months of media and Internet coverage over the bluntly descriptive yet ridiculous name, Snakes on a Plane, turned out to be nothing but hype, and the picture remained what it always was: an average horror genre picture for August.

Slinking onto 4,900 screens at 3,555 theaters, Snakes on a Plane snared an estimated $13.8 million over the weekend. The opening was a bit higher than Anacondas: The Hunt for the Blood Orchid's $12.8 million in August 2004, but below Red Eye, another plane-based thriller that made $16.2 million on the same weekend last year.

From Thursday night previews starting at 10 p.m., Snakes on a Plane grossed an estimated $1.4 million, bringing its total to $15.2 million. The figure isn't counted towards the weekend, which is technically Friday to Sunday. By that measure, Snakes and Talladega Nights: The Ballad of Ricky Bobby ended the weekend in a photo finish, with Snakes winding up slightly ahead. Cooling 38 percent, the NASCAR comedy racked up $13.76 million for $114.3 million in 17 days.

Horror and comedy has a history of not mixing well at the box office, and the pictures that self-consciously push the "so bad it's good" angle routinely fail, typified by past flops Slither and Eight Legged Freaks. With an above average opening for a horror comedy, Snakes on a Plane can claim some success, and distributor New Line Cinema professed a relatively modest production in the low $30 million range.

New Line, which previously had an August hit with tongue-in-cheek horror Freddy vs. Jason, had hoped for more after Internet jokes on the title gained constant free publicity in the mainstream media.

"With all the expectations, you have to say we would be disappointed," said David Tuckerman, New Line's president of distribution. "But Snakes on a Plane did what tracking said it would, and it basically performed like a regular horror movie. When it was green-lighted, it didn't have all this hype with it. It was a regular movie that was going to do 35 or 40 million bucks." Tuckerman noted that Snakes was predictably driven by males under 25 years old.

The goal of Snakes on a Plane was to combine common fears in one movie, namely aviophobia (fear of flying) and ophidophobia (fear of snakes) as one trailer spelled out, but, lacking story and context, the premise's contrivance upped the absurdity. A humorous horror like Arachnophobia can work if the situation has some reality and characters to care about. Snakes only had Samuel L. Jackson, who found a much larger audience with his previous creature feature, Deep Blue Sea, a shark horror that toyed with genre conventions but was first and foremost a scary thriller.

The first Anaconda remains the high water mark for snake movies. Its $16.6 million start in 1997 would translate to $24 million today, adjusted for ticket price inflation.

Also debuting to modest numbers were Accepted and Material Girls. Accepted admitted $10 million at 2,914 sites, and the $23 million college comedy was slightly above average for its sub-genre. According to distributor Universal Pictures' exit polling, the audience was 74 percent under 25 and 52 percent male. Hilary Duff comedy Material Girls performed in the same range as her last two vehicles, The Perfect Man and Raise Your Voice, donning $4.6 million at 1,509 locations. The picture had a low key release from distributor MGM.

Little Miss Sunshine rolled into nationwide release after three beaming weeks in limited play. The dysfunctional family comedy rounded up a potent $5.6 million at 691 venues, lifting its total to $12.7 million. "The regional markets are opening extremely well," said Fox Searchlight's president of distribution Steve Gilula of the expansion. "In the holdover theaters we were down less than 15 percent. Looking at comparable films, we're way ahead of Lost in Translation, Garden State, Sideways and March of the Penguins [at the same point]." Gilula plans to increase Sunshine to over 1,400 theaters on Aug. 25.

Fox Searchlight's Trust the Man, though, was a non-starter in limited release. The romantic comedy featuring Billy Crudup, Julianne Moore and Billy Crudup wooed $180,271 at 38 theaters, averaging a soft $4,743 per site, and plans for a wide release on Sept. 1 have been scrapped. On the other hand, Yari Film Group's The Illusionist conjured a glittering $927,956 at 51 venues, averaging $18,195 per site. The period drama starring Edward Norton, Paul Giamatti and Jessica Biel is scheduled for around 800 theaters on Sept. 1.

The summer's biggest blockbuster, Pirates of the Caribbean: Dead Man's Chest, sailed past $400 million on Sunday, its 45th day of release. The supernatural swashbuckler became the seventh picture to ever cross the milestone, and only Shrek 2 did it in less time.

Overall, after four up weeks in a row, weekend business was down five percent from the comparable frame last year, when The 40-Year-Old Virgin was on top.

NOTE: This report was originally written on Sunday, Aug. 20 and was revised on Monday, Aug. 21 with actual grosses.