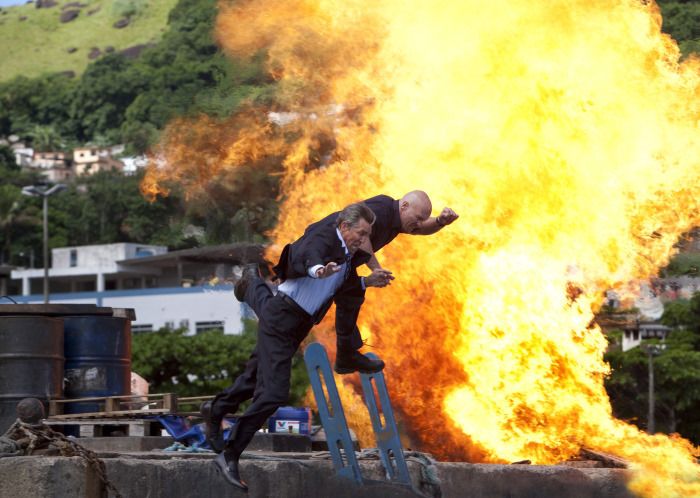 Friday Report: 'Expendables' Rock It on Opening Day
August 14, 2010 15:24 PDT - By Brandon Gray - Box Office News
On Friday, The Expendables took a commanding lead in its debut, Eat Pray Love came out well-fed, but Scott Pilgrim vs. the World didn't receive a power-up.

The Expendables claimed a solid estimated $13.3 million on approximately 4,200 screens at 3,270 locations. That was a bit less than the $14.4 million opening day of Inglourious Basterds last August, but it was greater than The A-Team's $9.7 million and nearly doubled Rambo's $6.7 million. If Expendables follows Basterds's trajectory, it would wind up with a $35 million opening weekend.

Scott Pilgrim scored a modest estimated $4.5 million on around 3,000 screens at 2,818 locations, which was close to the opening day of Nick and Norah's Infinite Playlist. However, it paled compared to Kick-Ass's $7.7 million launch.