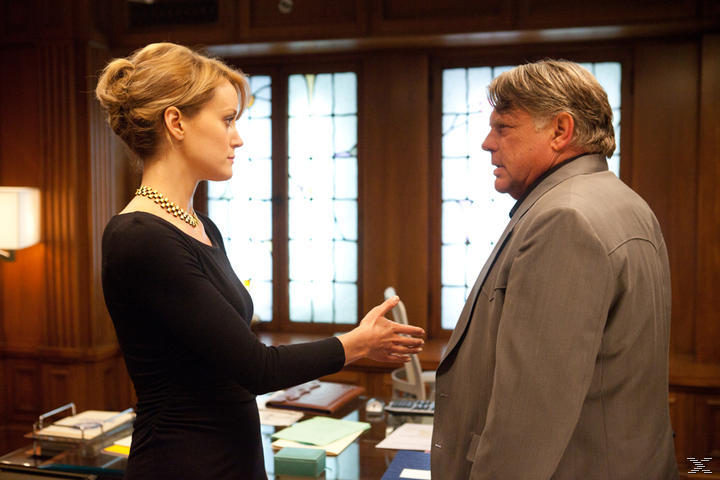 For a pure independent release, Atlas Shrugged: Part I's opening was fine. But for the first-ever adaptation of Ayn Rand's influential mega-selling 1957 novel that had far more media hype than any other independent movie could dream of, it was disappointing.

There aren't many direct comparisons, because it's rare that an adaptation of such a famous book gets such a modest release. Atlas Shrugged: Part I opened higher than recent limited Christian movies The Grace Card and To Save a Life, and it was distributor Rocky Mountain Pictures' third highest-grossing launch, behind End of the Spear and Expelled: No Intelligence Allowed. But none of those movies are significant in the grand scheme of things. They're all still blips, even if Atlas was a slightly bigger blip than many.

Atlas Shrugged: Part I was reportedly produced for $10 million (not counting another $10 million or so for other expenses) in a rush to retain the movie rights before they reverted back to Ayn Rand's estate, and its producers eschewed Hollywood (only one theater showed it in the Los Angeles area) after decades of failed attempts. Instead, they took a grass roots approach and tried to capitalize on the Tea Party movement, which was credited with the Republicans' landslide win in last November's election.

The conservative media championed Atlas Shrugged Part I, and the movie received plenty of general coverage as well (though the movie's backers didn't do much traditional marketing, such as television ads). It's a topical movie, given the goings on in Washington (it was defiantly released on April 15, normally tax day), but topicality isn't necessarily a theatrical draw, especially when the core audience is already flush with the topic. For example, Oliver Stone's W. flopped and Wall Street: Money Never Sleeps disappointed. The talk surrounding Atlas Shrugged: Part I was about its politics, when it should have been focused on the story and its deeper themes first. In effect, by jumping on the Tea Party bandwagon, the movie was ghettoized.

Didactics alone don't carry the day. To the uninitiated (and to many of the initiated), Atlas Shrugged: Part I looked stilted, talky and cheap in its marketing. It was awkward to only do Part I without having Part II and III set in stone (The Lord of the Rings had all three movies lined up prior to the first one's release), and people familiar with the book know that the question "Who is John Galt?" will not be answered in this movie, despite the trailer's hype. Atlas Shrugged is known as one book, not three like The Lord of the Rings (even though it's of comparable length to that entire trilogy). Additionally, Atlas Shrugged only shares some superficial political agreement with the mostly religious audience that the producers courted and is otherwise fundamentally different, so there was no passion of the Christ here. Such is the trouble with casting a narrow net when marketing a movie.

If the people behind Atlas Shrugged: Part I claim success, they are invited to reveal the capacity the movie played to at each theater. If the movie only had screens with tiny capacites and sold a high percentage of the available seats, then that would be a legitimate positive point to latch onto.

One positive sign, though, would be if there's a significant opportunity to expand. "We are looking to expand to 1,000 screens subject to logistics," said producer Harmon Kaslow in an email. "There's strong interest from the exhibitors and we're getting very positive word of mouth from our core target audience." Atlas Shrugged: Part I's April 22 theater count will be reported on Thursday.