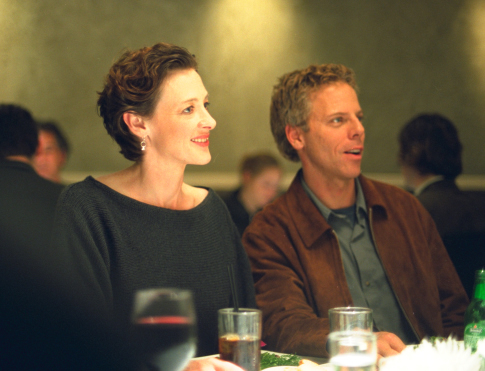 January 12, 2005, New York, Sony Pictures Classics have agreed to fully-finance Nicole Holofcener's new film, Friends with Money. The Company will handle worldwide distribution with the exception of Australia and Scandinavia. Holofcener is directing from her original screenplay, teaming with This and That's Anne Carey, Anthony Bregman and Ted Hope to produce.

The comedy, which will star Catherine Keener, Jennifer Aniston, Frances McDormand, Joan Cusack, Jason Isaacs, Scott Caan, Greg Germann and Simon McBurney, is about four best friends and their relationships with one another, the men in their lives, and their checkbooks. Except for one of them (Aniston) who is unsettled, unattached and decides to clean houses to make ends meet.

"Sony Pictures Classics came to us very early about the project," commented producer Anthony Bregman. "They believed in the material, our director, the casting, and our process, and committed themselves immediately without conditions, or painstaking number crunching."

"Sony Pictures Classics has been great to work with," added director Nicole Holofcener. "Michael, Tom and Dylan understood the script right away, and the movie I wanted to make. The support they've given me thus far has been invaluable."

"We have had great success collaborating with Michael, Tom, Marcie, and Dylan in the past," noted producer Ted Hope. "Long ago, they made it clear they wanted to make SPC home for Nicole. They are good friends, with money, and those two things have made for a very happy union."

In a statement from Sony Pictures Classics, "This is a terrific story about modern couples perfectly cast with a director we have wanted to work with ever since her very first film. Nicole Holofcener is a major independent American filmmaker and the mastery of the screenplay of Friends with Money bears this out. It is also a great pleasure to be working once again with our friends at This and That, producers Anthony Bregman, Ted Hope, and Anne Carey."

Sony Pictures Classics has been consistently co-financing, acquiring and distributing some of the most memorable award-winning foreign language and American independent films over the last decade. Their impressive releases include Howards End, Farinelli, Welcome to the Dollhouse, Lone Star, Waiting for Guffman, Ma Vie En Rose, The Opposite of Sex, Wilde, Dancing at Lughnasa, All About My Mother, Talk to Her, Crouching Tiger, Hidden Dragon, Being Julia, William Shakespeare's The Merchant of Venice, and House of Flying Daggers. Over the years their films have received a total of 73 Academy Awards.